After violent clashes rocked Tripoli, Libyan officials are calling on the United Nations to assume a military role to mediate between rival militias. 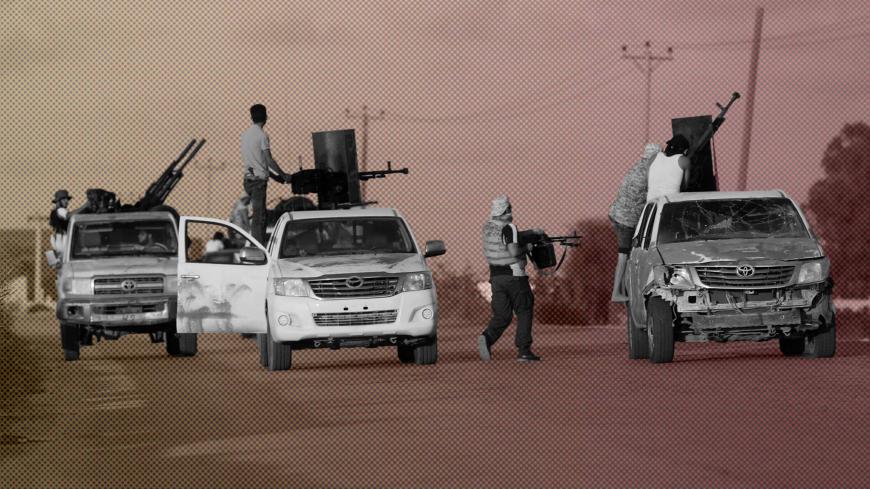 After a month of bloody warfare among militias around Tripoli, an uneasy cease-fire is in place in Libya's desperate capital.

The groups, all of which claim to support the Government of National Accord (GNA), agreed Sept. 26 to the cease-fire. The city's only functioning airport has reopened, though it had to close for a couple of hours Oct. 2 after a rocket fell nearby. Some displaced families are returning home. Cease-fire violations still occur here and there, but so far with limited scope.

It took several meetings among the array of militias, with full participation of UN Special Envoy Ghassan Salame in the western city of Zawia, to reach the cease-fire. It's the first time any UN envoy has taken part in discussing security arrangements on the ground after a bout of fighting.

The involvement of the UN Support Mission in Libya (UNSMIL), for the first time, in mediation efforts between the different fighting groups was an important step to calm hostilities. UNSMIL’s mandate only allows the mission to play a political role and does not mention military mediation between local militias.

However, nothing is being said about who is responsible for the civilian deaths and destruction of private property. Libya's Health Ministry reported Sept. 23 that at least 115 people had been killed and almost 400 injured. UNSMIL documented about 40 civilian casualties in the month of September, but said it expected the number to grow. UNICEF put the number of displaced at well over 25,000.

The latest round of violence in the Tripoli area started early Aug. 27, when sudden gunfire began around Mashrou al-Hadba, south of Tripoli, then spread to other districts including Khallet al-Furjan, Abu Salim and Salahaddin.

It remains unclear what started the fighting. Ahmed Hassan, a relief worker with Libya’s Red Crescent, described the violence as “another round of many [more] to come."

"Civilians are the real victims," he told Al-Monitor. "We hardly know who is fighting who and for what.”

What is confirmed so far is that the Seventh Brigade, based 90 kilometers (56 miles) southeast of Tripoli in Tarhouna, started the attack Aug. 27 on Tripoli. The Seventh Brigade took on two large and powerful militias in the capital: the Nawasi Brigade and the Tripoli Revolutionaries Brigades.

Mohamed Abani, a parliament member representing Tarhouna, said in a press statement that the Seventh Brigade took action to “liberate the capital from the militias that are robbing public funds and dominating the capital while paralyzing the government.”

In a rare media appearance right after the Seventh Brigade launched its attack on Tripoli, the group's military spokesman, Saad Hamali, said the action was “aimed at militias that control Tripoli and prevent the government from functioning.” He sought to reassure civilians and foreign diplomatic missions of their safety and that they are not targeted.

In later statements, Saad Hamali reiterated that the Seventh Brigade’s main objectives include disarming militias in the capital and ensuring the return of civilian police and the army to take over government buildings and daily security matters, stressing that all militias should leave the capital.

After relative calm returned to Tripoli and its southern districts, the GNA appeared to consider shifting UNSMIL’s mandate to include some active security aspects. Speaking before the UN General Assembly meeting Sept. 29, GNA Foreign Minister Mohammed Sayala said, “We think it is important that the [UN] mission should be changed from a special political mission to one helping set up security and stability.”

This idea seemed to surprise Salame, who said during a TV interview Sept. 29 that he would discuss the request with Fayez al-Sarraj, who is GNA prime minister and chairman of the Presidential Council.

This is not the first time Tripoli, home to about 2 million people, has come under attack without the perpetrators being held accountable. Neither the UN nor Libyan authorities have ever indicted a single person for such violence.

Mabruk Ali, a communications engineer living near the front line who was forced to flee his home, summed up the situation to Al-Monitor, saying, “As long as no one is held accountable and as long as the UN does not enforce its resolutions, this vicious cycle will continue forever and we, civilians, pay the ultimate price.”

Milad Saad, a university professor who was unable to visit his family outside Tripoli because of the fighting, criticized the GNA. He told Al-Monitor, “If they [GNA leaders] cannot control their own people, what will they do? Both sides of the fight say they belong to the GNA, yet the GNA can't force them to stop.”