The Trump administration might take limited measures that are not likely to alter the fundamentals of US policy in Lebanon should Hezbollah get the Health Ministry in the new Cabinet formation. 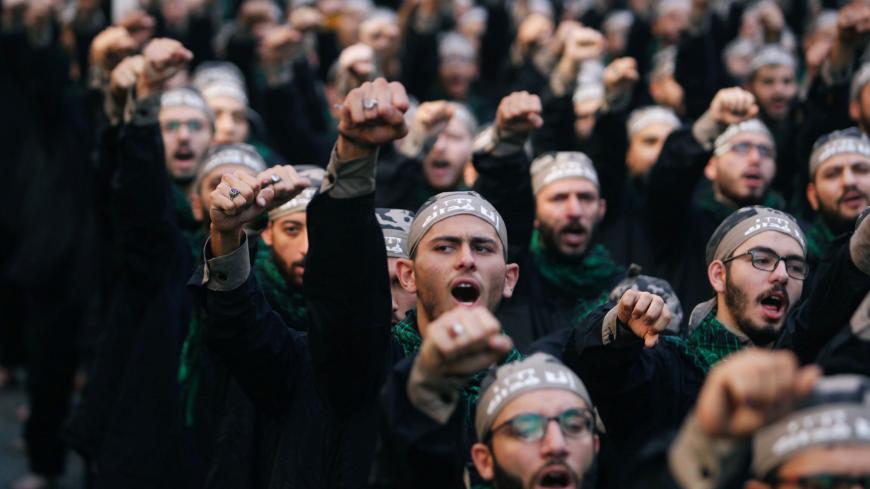 A breakthrough in the Cabinet formation process in Lebanon remains elusive despite recent indications that a power sharing formula might be imminent. While the major obstacle to forming the government is primarily linked to inter- and intra-sectarian rivalries, the impact of foreign powers remains a fixture of Lebanese politics. Al-Monitor has confirmed that the Donald Trump administration has privately informed Lebanese officials that giving Hezbollah the Health Ministry is a “red line,” but has also left the door open regarding what punitive measures the US government might take.

Hezbollah is expected to have three seats in the next Lebanese government, one of which might be allocated to Jamal al-Taqsh, who is a general surgeon at Al-Rasoul al-Aazam Hospital in Hezbollah’s stronghold in the Dahiyeh area of Beirut.

Hezbollah has been under pressure from its base to become proactive in governance and its secretary-general, Hassan Nasrallah, pledged in the last electoral campaign to make the issue of reform a top priority. The Shiite group's officials argue that the Health Ministry is an opportunity to offer their model of governance, which has not been the case with the ministries Hezbollah has held so far.

The view inside the Trump administration is that Iran is trying to expand its power in Lebanon in retaliation for the reimposed US sanctions and that Hezbollah will use the Health Ministry to bypass US restrictions on its funding activities. Hence, if US allies in Lebanon do not prevent Hezbollah from taking this ministry, the subtle message from Washington is that the United States might no longer make a distinction between the Lebanese government and Hezbollah as it has done in the past decade.

The first time Hezbollah entered the Lebanese government was during the first Cabinet of Prime Minister Fouad al-Siniora in July 2005, few months after the assassination of Rafik Hariri and the subsequent withdrawal of Syrian regime forces from Lebanon. This move was a symbolic shift in how Hezbollah saw the need to directly fill the void left by the waning influence of the Syrian regime in Lebanon, a shift that reached its peak in 2008 when Hezbollah turned its weapons against Lebanese political rivals amid Saudi-Iranian regional tensions.

Since 2005, Hezbollah had two ministries in each of the successive governments, including the energy, agriculture and industrial ministries (the latter currently held by Minister Hussein al-Hajj Hassan). Hezbollah typically has given what would have been its third seat to Shiite members of smaller pro-Syrian-regime political parties, but wanted this time to claim the three seats to appease growing grievances in Shiite areas of Bekaa province about how government services are mostly going to south Lebanon and the Amal movement.

In assessing what’s at stake for the United States if Hezbollah is given the Health Ministry, there are two critical questions to ask.

The first relates to how significant the Health Ministry is. The 2018 Lebanese budget shows that the Lebanese state spends $480 million on the health sector, compared with $1.8 billion for the defense sector. The Health Ministry’s budget is 3% of the overall national budget. Former Health Minister Mohammed Jawad Khalifeh, who is close to the Amal movement, told Al-Monitor that the bulk of Health Ministry expenses are for hospitals (70% private and 30% public), noting that all these services are primarily funded by the Lebanese government.

Khalifeh said that several Lebanese political parties have run the ministry and the health system has continued to have the same modus operandi.

A key element of the country's health industry is the Lebanese medicine market, estimated to be around $1.4 billion, of which 90% is imported from Western medical companies. An official in the Iranian Health Ministry has reportedly showed willingness for the Islamic Republic to replace US medicine exports if Washington takes punitive measures against the Lebanese health sector. The official was quoted as saying Sept. 17, “The medicine market is second in importance after the weapons market.”

The second critical question is how the United States might react if Hezbollah takes over the Health Ministry. Washington has ratcheted up pressure on Hezbollah in recent weeks with anti-Hezbollah measures by the Justice Department, the Treasury Department and the Senate. Despite the strong message the Trump administration officials are conveying, an overreaction from Washington might harm US interests in the long term. A total US boycott on assistance to Lebanon if a Hezbollah member led the Health Ministry seems unlikely, but the Trump administration might constrain this minister’s ability to perform his job.

US allies in Lebanon are not likely to lead the political battle of preventing Hezbollah from taking the Health Ministry. Lebanese leaders are expected to come up with the same formula previously adopted. For each Lebanese minister, there is an acting minister who can substitute; hence, the acting minister can sign agreements with international or Western entities that prefer not to directly deal with Hezbollah. If the United States stopped the export of its medicine, Lebanon would most likely focus on importing from the European market unless Hezbollah approves Iran's long-pending offer to export medicine to Lebanon.

US policy has long weighed the option of punishing Lebanese official institutions to increase the pressure on Hezbollah. However, the prevailing approach in Washington has traditionally been to preserve both Lebanese state institutions and US assistance to them as leverage. The current approach of the Trump administration is that no money can be given to allies whose interests are not aligned with the United States.

However, the White House is facing challenges in translating this approach into actual policy. The Trump administration is hinting that the United States might reconsider its relations with the Lebanese government if Hezbollah is given the Health Ministry. While more sanctions might be imposed on the Shiite group and any direct or indirect assistance to the Health Ministry might be suspended, a total boycott or a freeze of US assistance to the Lebanese armed forces seems unlikely.

The Trump administration is intentionally remaining ambiguous on what its reaction might be. An area where US officials might take punitive measures against the Health Ministry is by cutting health assistance for Syrian refugees in Lebanon, a move that might face an international backlash.

Moreover, the United States must walk a fine line in its approach. Until now, the narrative about the Lebanese Cabinet formation process has been revolving around the power and sectarian distribution among Lebanese leaders. If the United States publicly threatens to take punitive measures, the narrative might change to how Washington is intervening in Lebanese politics. US and European Union differences on how to deal with Hezbollah predate the Trump administration and are expected to continue. French European officials are pushing for a swift Cabinet formation, even if it includes Hezbollah participation, while the United States is arguing that concerned parties should have a second thought about this issue.

Major influential powers in Lebanon can pressure their Lebanese allies to form a unity government since the gap in the Cabinet negotiations has significantly narrowed. However, regional dynamics are fluid and might change in the coming weeks, which could alter the calculus of Lebanese leaders. On Nov. 4, the second wave of US biting sanctions on Iran will take effect, primarily targeting Iranian oil exports. The United States and Saudi Arabia seem keen to veto the French and Iranian push for a Lebanese national unity government to be swiftly formed. The impact of the killing of Saudi journalist Jamal Khashoggi on US-Saudi relations is worrying their allies in Lebanon and might leave the United States less motivated to sanction the next Cabinet of Prime Minister Saad Hariri.

The US opposition to giving Hezbollah the Health Ministry has been muted, and was privately conveyed, not publicly, giving the impression that the Trump administration might want to have the flexibility of changing course. Hezbollah itself has not been grandstanding by publicly defying US policy on this issue. Neither the United States nor Iran have an interest in triggering a crisis in Lebanese politics. The White House, however, might be tempted to take limited measures that are not likely to alter the fundamentals of US policy in Lebanon.