The US House of Representatives is expected to vote this month on legislation requiring the president to publicly report on Hezbollah allies’ net worth. 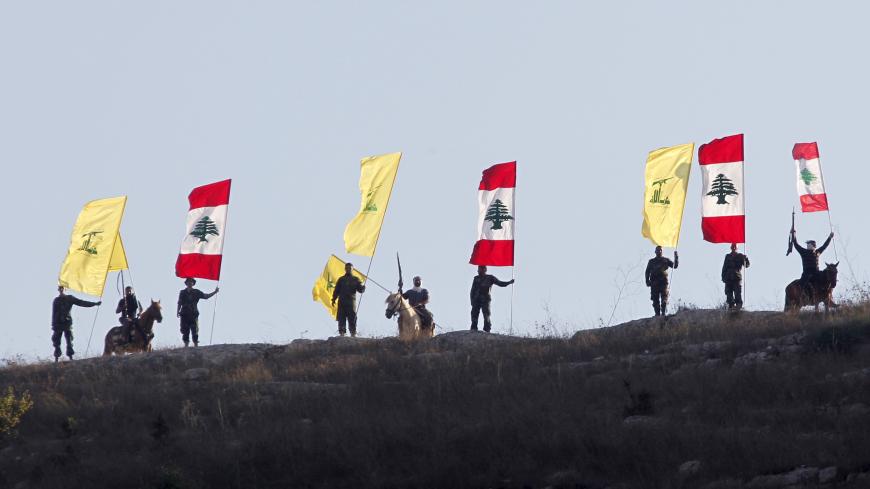 Members of Lebanon's Hezbollah wave Hezbollah and Lebanese flags during a rally marking the ninth anniversary of the end of Hezbollah's 2006 war with Israel, in Wadi al-Hujeir, southern Lebanon, Aug. 14, 2015. - REUTERS/Aziz Taher

Congress is moving ahead with a Hezbollah sanctions bill that targets the Iran-backed Shiite militia’s allies in government, sending shock waves across Lebanon’s political elite.

The House Foreign Affairs Committee passed legislation from Chairman Ed Royce, R-Calif., last week that tightens the screws on Hezbollah’s illicit funding streams abroad, setting up a vote in the full House later this month. The bill notably calls on the US president to publicly disseminate US estimates of Hezbollah and allied politicians’ net worth, a highly controversial move in a country where corruption is rampant.

“I’ve had long conversations with the government from Lebanon on this [bill],” Royce said at a Capitol Hill panel hosted by the hawkish Foundation for the Defense of Democracies on Tuesday. “These conversations would probably be more impactful to me and my colleagues if we didn’t have an agent of Hezbollah sitting in the room when we have them. And this is one of the greatest misgivings I have about Lebanon allowing Hezbollah into the government.”

Action on the Hezbollah International Financing Prevention Amendments Act of 2017 follows last year’s accession to the presidency by Michel Aoun, a Christian politician whose Free Patriotic Movement is allied with Hezbollah and the Shiite Amal Movement. Hezbollah, which the United States considers a terrorist group, also has about a dozen members in parliament.

Lebanese politicians and the country’s banking sector have been bracing for a US crackdown since April, when a draft of the Royce bill was leaked to Lebanese media. According to Lebanon’s Daily Star, the bill’s earlier iteration would have targeted senior members of Hezbollah, including parliamentarians and Cabinet ministers, as well as the Amal Movement.

The new version of the bill doesn’t sanction Hezbollah politicians or call out Amal by name, but it would require the US president to issue a public report every year on the net worth of Hezbollah Secretary-General Hassan Nasrallah, members of Hezbollah’s political bureau and anyone the president determines “is a senior foreign political figure of Hezbollah, is associated with Hezbollah, or otherwise provides significant support to Hezbollah.” That information, including “a description of how [those] funds were acquired, and how such funds have been used or employed,” is to be posted on the State Department website and all US embassy websites for everyone in Lebanon to see.

“Reporting does not necessarily mean sanctions but it could lead to sanctions,” Joseph Gebeily, president of the Lebanese Information Center, a think tank critical of Hezbollah, told Al-Monitor. “Congress was a little bit frustrated with the previous administration because … they were not seeing actions being taken.”

In addition, the bill includes a “sense of Congress” that the president should sanction financial institutions that do business with ”any member of parliament or any Cabinet official of the Lebanese Republic who is a member of Hezbollah, or any affiliate of Hezbollah.”

Lebanon’s banks, a crucial component of the tiny state’s economy, strongly opposed the earlier draft, and a parliamentary delegation visited Washington in May to make its concerns known. Opposition from the financial sector seems to have died down as the bill evolved, however, even as Prime Minister Saad Hariri continued to lobby Congress against additional Hezbollah sanctions during his visit to Washington in July.

“I believe that there are already enough sanctions on Lebanon in the banking sector,” Hariri told Al-Monitor at the time.

"I’ve had long conversations with the government from Lebanon on this [bill]. These conversations would probably be more impactful to me and my colleagues if we didn’t have an agent of Hezbollah sitting in the room." — Rep. Ed Royce, R-Calif.

The bill’s proponents in the House, however, believe that its main impact would be on curbing Hezbollah’s illicit racketeering activities abroad and its support from foreign states, namely Iran, Syria and Russia. The House bill, which is co-sponsored by ranking member Eliot Engel, D-N.Y., builds upon a 2015 Hezbollah sanctions package that also sparked a fight with the Lebanese government at the time.

“The legislation we’re moving now … has a whole series of steps to try to close any last loopholes that remain for this criminal enterprise,” Royce said at the Foundation for the Defense of Democracies event. “It labels them a criminal enterprise in a way which will help us with respect to our European and Latin American friends and allies and give us additional leverage.”

The new bill would block the financial assets of anyone “the president determines knowingly assists, sponsors, or, provides significant financial, material, or technological support” for Hezbollah and its affiliates from the US banking system. It would also require the executive branch to submit a report of individuals to Congress if there is “credible evidence” that they have supported Hezbollah.

Gebeily downplayed the fear that the additional sanctions on Hezbollah and its supporters could destabilize Lebanon’s financial services sector. According to him, the Lebanese concern over the sanctions is rooted in the fear that they could have a chilling effect on US banks’ willingness to do business in Lebanon, even though the US government has told the banks that Lebanon is complying with the 2015 Hezbollah sanctions.

“If the correspondent bank in New York says, ‘This is too complicated for me, this might be too risky, I’m just not going to deal with a Lebanese bank,’ there’s nothing you can do about it,” said Gebeily.

The bill's supporters have played down the concerns of the Lebanese public and instead pointed to its measures sanctioning foreign states for supporting Hezbollah.

"We must go after the Assad regime and its enablers and their campaign of carnage,” Engel told the Foundation for the Defense of Democracies panel. “This includes going after Moscow [and] Tehran, who also support Hezbollah.”

For instance, an amendment added by Rep. David Cicilline, D-R.I., during last week’s House markup would require the administration to submit a report detailing Russian military support and arms transfers to Hezbollah.

The bill would also sanction any “agency or instrumentality” of a foreign state that supports Hezbollah or fights alongside Hezbollah in combat operations.

The Jerusalem Post reported in September that Iran is giving roughly $800 million a year to Hezbollah, a historic high.

"Hezbollah’s budget is estimated [to be] $1 billion to $2 billion, so the Iran share was not that big and now it seems that it has increased substantially,” said Gebeily.

The House bill directs the administration to sanction government entities on the State Department’s state sponsor of terrorism list if they support Hezbollah. The only three countries on the list are Iran, Syria and Sudan.

In another jab at Iran, the House bill also amends a 2010 Iran sanctions package to include Iranian support for Hezbollah. The extra provisions on Iran come at a time when the White House and some in Congress are expressing a desire to increase sanctions on Tehran’s non-nuclear activities throughout the Middle East in lieu of reinstating the far-reaching nuclear sanctions rescinded under the 2015 nuclear deal.

The Senate has its own companion Hezbollah sanctions legislation, introduced by Sens. Marco Rubio, R-Fla., and Jeanne Shaheen, D-N.H. It does not include language urging the administration to sanction Hezbollah parliamentarians and members of the Lebanese government, meaning such language may not survive reconciliation between the two versions if the new sanctions become law.

“I’m in support of the strongest possible sanctions that we can get passed and that’s been the challenge,” Rubio told Al-Monitor. “The House and the Senate have some different constituencies arguing about certain provisions.”