Mixed marriages between Arab, Jewish celebrities cause uproar in Israel

Even the politicians fighting against religious coercion in Israel had openly racist reactions to the wedding of Arab TV star Lucy Aharish and Jewish actor Tzahi HaLevi. 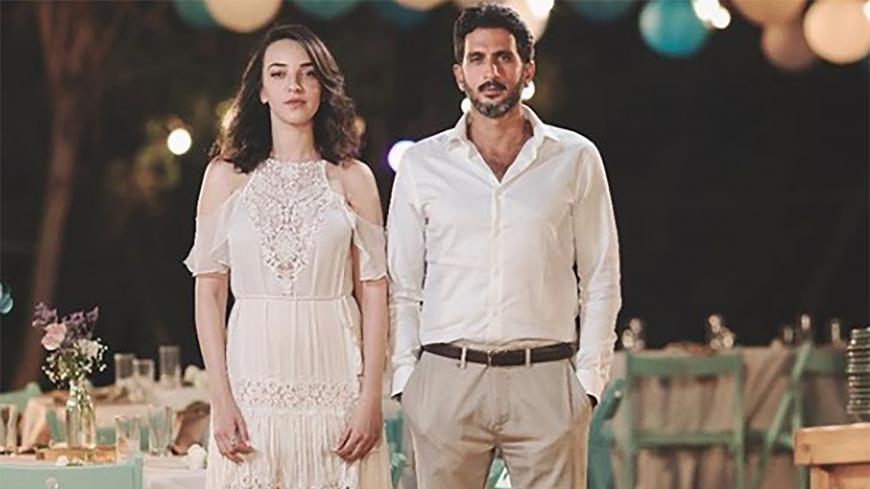 Oren Hazan of the Likud is a controversial Israeli lawmaker. It should therefore come as no surprise that he was the first to speak out against the marriage of Arab TV presenter Lucy Aharish to actor Tzahi HaLevi, star of the successful TV series "Fauda."

Jumping to defend HaLevi from being tainted by the scourge of mixed marriage, Hazan wrote in a crass Facebook post, “I am not accusing Lucy Aharish of seducing a Jewish soul in an attempt to harm our state and preventing more descendants of Jews from carrying on the Jewish legacy. That is why she is invited to convert.” To HaLevi, he wrote, “You’ve taken 'Fauda' a step too far. Step out of this film, man!”

According to a Channel 2 investigative report released right before he was elected to the Knesset in June 2015, Hazan ran a casino in Burges, Bulgaria, bought and used heavy drugs and provided his clients with prostitutes. Hazan was suspended from the Knesset floor in January for six months because of his outlandish behavior.

Interior Minister Aryeh Deri (Shas) offered the most direct response. In an interview with Army Radio, he explained to the young couple that after all the attention surrounding their wedding subsides, the real battle over their lives will begin. “I would like to tell Lucy that I have no doubt she did not intend to harm the State of Israel,” he said. “They are a couple in love, so they are getting married. But it is not the right thing to do. But I say to her, ‘You will have children, and they will have a problem in Israel because of their status.’ We must not encourage these kinds of things. We must protect the Jewish people. If she is sincerely interested in Judaism, there is a conversion process.”

Since Deri is an ultra-Orthodox Jew, one could hardly expect him to respond any differently. On the other hand, one would expect a different response from Yesh Atid head Yair Lapid, whose party has waged a long political battle against religious coercion in Israel. Neverthless, “I have a problem with mixed marriages,” he said in a radio interview. “Jews are a small people. There are fewer Jews in the world today than there were at the time of the Holocaust. I want the Jewish people to grow, not shrink.” Perhaps because of all the criticism his words attracted (he was flat-out accused of being a racist), he later tweeted, “I love Lucy Aharish.”

Rght-wing religious groups are waging a daily battle against assimilation in Israel. Far-right activist Bentzi Gopstein’s Lehava group openly states that its goal is “to save the daughters of Israel seduced into relationships with gentiles.” As for Aharish, when it was announced that she had been selected to light a torch to mark Israel’s Independence Day in 2015, Lehava planned to hold a demonstration during the ceremony. It later changed its mind when the courts set limitations on demonstrations held at the site of the ceremony on Mount Herzl.

Personal relationships between Jews and Arabs have made headlines in Israel on more than one occasion. In August 2014, 200 police officers were needed to secure the wedding of Jaffa residents Mahmoud Mansour to Morel Malka, a Jew who had converted to Islam. In October 2017, it was reported that the father of reality star Opal Inbar had set off to rescue his daughter from a romantic relationship with a Muslim man. “I made it clear to him that I do not reject him as a person. There is nothing to prevent us from being friends,” he wrote on Facebook. “We’ll go out and have a good time, just like I do with anybody else, because he’s a person just like I am. But there will never be a blood relationship between us.” He added, “I am not a racist, but even though I am secular, I worry about the fate of Judaism.”

Aharish's is ostensibly a different story. Many Israelis see her as a popular television host who assimilated into Israeli society so successfully that she is more Israeli than many Israelis. She attended a Jewish school in Dimona and was injured when she was six years old by a Molotov cocktail thrown at her family’s car during a visit to the Gaza Strip. She openly takes pro-Israel positions alongside her criticism of the racism and discrimination faced by Israel’s Arab population.

For a moment it seemed like Aharish had managed to shatter a barrier. She would not give anyone the slightest reason to hurl the derogatory epithets at her that leaders on the right so frequently use to disparage 20% of Israel’s population. But her wedding proved that it is not so much assimilation that scares Israelis as the idea that Aharish is still an Arab and is preventing the Jewish people from growing. Her children can expect to suffer.

Based on their hysterical responses, quite a few politicians are very agitated, yet only Knesset member Betzalel Smotrich (HaBayit HaYehudi) said openly what so many others think and express discretely. He took to Twitter, quoting I Samuel 15:29, “The Glory of Israel will not lie or be deceived.”

It doesn’t matter that Aharish and HaLevi are a handsome and happy young couple, or that they are all Israeli in their blood and soul. Prime Minister Benjamin Netanyahu warned his electoral base on election day in 2015 that Arabs were heading to the polls “in droves.” In 2014, Foreign Minister Avigdor Liberman said that Arabs in Israel “live in some kind of schizophrenia.” As such, is anyone really surprised by the racist reactions of so many politicians?