In a multicultural, multi-ethnic state like Israel, there are all kinds of "mixed couples," who overcome prejudice together. 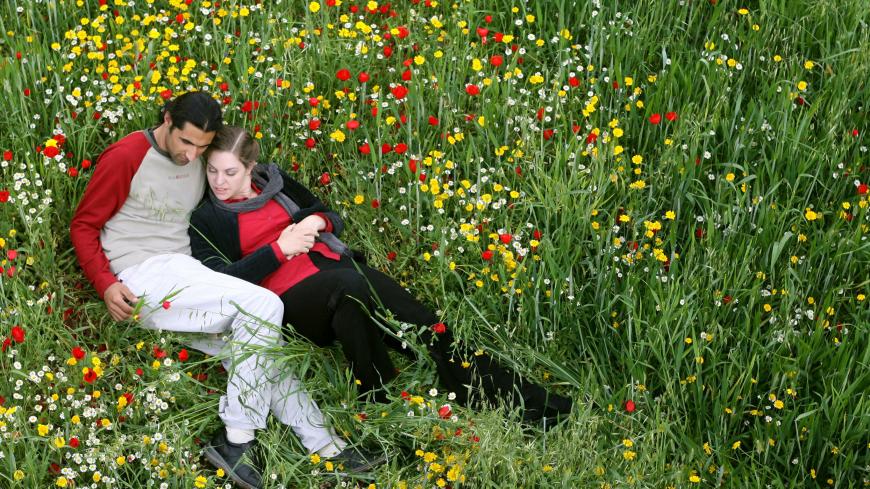 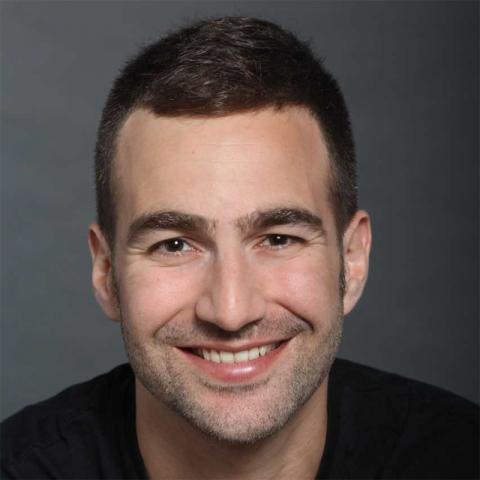 Amir Shurush is one of Israel’s most successful actors. He plays the part of Ramzi in the sitcom “Main Register,” which was nominated for an Emmy award in 2019, as well as the role of Knesset member Ayman Odeh, chairman of the Joint List, in the country’s most popular political satire. Shurush, 35, is the son of an Arab father and a Jewish mother. In an interview with Haaretz Jan. 1, he said, “The flag I wave is that I have no flag.”

In a country with over 9 million people, of whom 74% are Jews and 21% Arabs, mixed couples from different religions seem to be a natural and inevitable occurrence. No less complicated, and apparently no less inevitable, are relationships between Jews with different attitudes toward religious observance. Among the country’s Jewish population some 45% of people define themselves as secular, while about 30% range from very religious to ultra-Orthodox. Despite all the distinct differences between these sectors, it turns out that love wins, even when one partner is ultra-Orthodox and the other secular.

Eran, 35, and Michal, 32, from Tel Aviv, are the parents of a one-year-old daughter. They are a mixed secular-religious family. Michal is secular, while Eran, who grew up in a traditional family, began the process of becoming more religious when he was in his 20s. They first met six years ago. After spending two years together, they decided to get married. It was not an easy journey.

“We knew the problems and limitations when we first met,” Michal told Al-Monitor. “We could not go out on Saturdays, because Eran doesn't drive on the Sabbath, not to mention going out to have fun. But I fell in love with him anyway. I realized who he is, and I accept him for that.”

The situation was similar for Eran. “Of course, it was difficult, but since I was closer to a secular lifestyle in my previous life, it was easier for me to get used to her lifestyle,” he said. “Our parents had no problem with it. When my parents had Eran over for Friday night dinner, they bought a hot plate for the Sabbath and prepared kosher food for him, to make him feel at ease.”

As parents of an infant, they have managed to deal with the various difficulties so far. “There is no problem in our day-to-day life. The problem is the weekend. Eran spends most of his time in the synagogue. There is no driving and no going out. I’ll have to learn to deal with that when our daughter grows up,” Michal said.

Eran added, “Since we make all of our decisions together, we engage in dialogue and speak openly to one another. I assume that we will come to an understanding about how to raise our daughter.”

Michal said that while she has no plans to become religious, over time she discovered all sorts of beautiful things about Eran’s world. “I found a world rich in knowledge and information that I could adopt as a secular woman,” she said. “We are lucky that we are an accepting and accommodating couple with supportive families and surroundings. Without that — and without our love and wonderful relationship — it would be hard for our relationship to succeed.”

Unlike relationships where both partners are Jewish, relationships between Arabs and Jews in Israel are still considered more complicated and unconventional. In October 2018, the highly publicized wedding of journalist Lucy Aharish, who is of Muslim origin, and film and television actor Tzahi Halevy, who is Jewish, caused a major commotion. They had kept their relationship hidden for four years. Last year, Lucy burst into tears during a radio interview, as she described all the hatred she has since had to bear and all the verbal abuse coming her way.

When Anat and Sami (not their real names), both 27, were neighbors in Haifa, they never imagined that their neighborly relationship would develop into a love story that went against all the odds. Anat, a Jew from Haifa, works in theater and dance. Sami is a Muslim from Ramallah, who works in a Haifa restaurant. They connected, and despite their initial fears, they started going out together. Soon they became a couple and decided to live together in Haifa. In an effort to hide their relationship, Sami spoke mostly Hebrew and told strangers that he was an American. “He was afraid that people wouldn’t accept him if they knew where he was from,” Anat told Al-Monitor. “At first we talked about avoiding a relationship since it bordered on the impossible, but what we had was stronger than just Sami and me,” she recalled, her voice choked with emotion.

“Israel seemed to me like a safe place. I wanted to come here to find a life, and I found love,” Sami said. “At first I didn’t know anyone here. I didn’t speak the language, and I didn’t know the way people live here. All I wanted was to make a living.” As Sami and Anat’s relationship gained momentum, people started finding out about it. Sami was embraced warmly by her friends. The fact that Haifa is a mixed city and that there is greater openness between Arabs and Jews certainly helped the young couple at the start of their relationship.

The hard part was telling their families. “I was very scared about how my family would react,” Anat said. “It was only when we decided to move in together that I worked up the courage to tell my parents. It was hard. They didn’t accept it and were very angry. I knew that I had to introduce Sami to my parents, because that way they would realize what a good person he is. It worked. Once they met, my father really connected with Sami — and they have a good relationship now. My mother still has a hard time with it, while my extended family still doesn’t know. My parents prefer to keep it a secret.”

Things are even more complicated for Sami. While his family knows about Anat, they do not know that he is planning to marry her. “It wasn’t easy to tell my family,” he said. “My mother and sister took it relatively well. Anat even spoke to them on the phone. But my father is elderly, which makes it harder for him.”

Anat believes that it takes patience and courage in dealing with family and friends. “We knew that a relationship like ours would cause a fuss, but it became easier once we were sure of our choice,” she said.

“I left a lot behind, but that was my choice,” Sami added. “As far as I am concerned, what matters is the person. When you find love like this, nothing can stop you. We will do everything to live here and start a family.”

Anat noted, “Ultimately, the biggest problem is the bureaucracy. Sami is a [Palestinian] foreign worker. He faces all sorts of obstacles because he is a citizen of the Palestinian Authority. We really hope that at some point, we will be able to get permanent resident status for him.”

Even with the frequent talk of violence and war on the news, in their day-to-day lives, Anat and Sami refuse to let it impact their relationship. “We live in a harsh reality, but beneath all the aggression are people who just want to live with mutual respect for one another,” Anat said. “I can sense that people have a hard time hearing that I am dating an Arab. They are worried about assimilation and think that I’m rebelling in some way. Unfortunately what they don’t understand is that beneath it all is humanity writ large. We fall in love with people, and not with their political opinions. You don’t choose who you fall in love with. If you can’t live with the person you truly love with all your heart and soul — which is the most important thing of all — you will never feel happy and whole.”