A Hamas leader accused Palestinian President Mahmoud Abbas and other Arab states of pushing Israel to wage war on Hamas in the Gaza Strip. 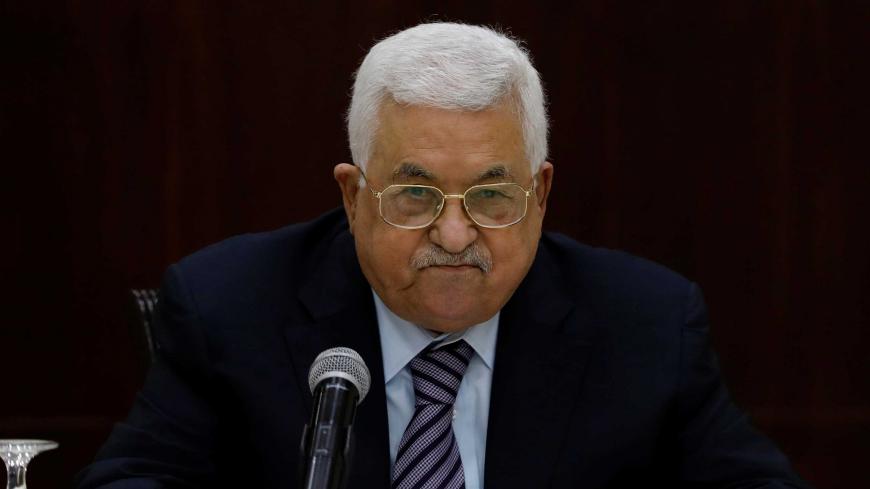 GAZA CITY, Gaza Strip — Islamist movement Hamas and other Palestinian factions in the Gaza Strip are trying to hold on to hope, despite dwindling chances, that international and regional efforts will help alleviate Gaza’s crisis and prevent a military confrontation with Israel. However, the factions seem more worried about Palestinian Authority President Mahmoud Abbas' continued obstruction of such actions.

In fact, Hamas says Abbas appears to be pushing Israel to launch a new war on the Gaza Strip.

With Cairo's involvement, Israel and Hamas seemed close to reaching an agreement last month, until Abbas’ threats brought the indirect truce talks to a halt. Abbas threatened to impose new sanctions against the already suffering Gaza Strip if Hamas went through with the deal without involving the PLO. Abbas also demands that Hamas turn over Gaza to the Palestinian government in Ramallah, the West Bank.

Conflict between the two main Palestinian political parties — Abbas' Fatah in the West Bank and Hamas in the Gaza Strip — resulted in the violent split of the PA in 2007.

Mahmoud al-Zahar, a senior Hamas leader, told Al-Khaleej Online Sept. 30 that Abbas, together with several Arab states he did not name, are indeed pushing Israel to launch a new war against the Gaza Strip if the citizens there do not rise up against Hamas. Zahar said Abbas is willing to make further cuts on PA employee salaries in Gaza and withdraw funds from Palestinian banks there, in an attempt to turn Gazans against Hamas.

Though Zahar did not reveal the states he claims are pushing Israel to wage war, it is notable that Hamas’ relations with the United Arab Emirates (UAE) and Saudi Arabia have been going downhill since the Arab Spring protests in 2011. Both countries view Hamas as the arm of the Muslim Brotherhood in the Palestinian territories, describing Hamas as an extremist and terror group that has ties with Iran and Qatar. In addition, in the past decade, the UAE and Saudi Arabia have expelled and arrested several Hamas figures residing in their territories.

Zahar’s remarks came in response to Abbas’ speech Sept. 27 at the UN General Assembly meeting, where Abbas referred to a reconciliation agreement Egypt had negotiated between Hamas and Fatah in October 2017. The agreement has gone nowhere, though Egypt has taken up the cause once again at Abbas' insistence.

"Hamas failed to fulfill its obligations according to the agreement," Abbas said. “Maybe in the coming few days we will witness the last round of talks and then maybe we will take [different] action."

Lebanon's Al-Akhbar news reported Oct. 2 that Hamas is ready to respond to Abbas if he carries out his threat. A Hamas source told Al-Akhbar that his movement is considering a ban on any Fatah activities in Gaza and could confiscate all of Fatah's properties there. Should Abbas impose new sanctions, Hamas would also fire PA employees working on the border crossings with Israel, and divert commodities entering Gaza to the Rafah border crossing with Egypt.

Hamas announced in September that it will not go to war with Israel for several reasons, most importantly the dire situation in the Gaza Strip, which has not fully recovered from the 2014 war with Israel. This was confirmed by Hamas leader Yahya Sinwar in Gaza, who told Israeli daily Yedioth Ahronoth Oct. 4, “A new war is in no one's interest, certainly not our interest. Who really wants to confront a nuclear superpower with four slingshots? War doesn't achieve anything. My first commitment is to act in the interest of my people.”

Hamad al-Raqab, another Hamas leader, told Al-Monitor, “President Abbas cannot impose more sanctions on Gaza without Israel's approval." Israel knows that would be a bid by Abbas to "further tighten the noose on the Palestinian people and resistance in a bid to drain the resistance and then finish it off with a war.”

He stressed that “Gaza would explode in the face of Israel, which is the actual authority over the Palestinian people, having imposed a 12-year blockade.”

Raqab said the sanctions Abbas imposed on Gaza in 2017 and the ones he is threatening to impose anew affect the lives of 2 million citizens in the Gaza Strip — not just Hamas. Abbas slashed the salaries of PA government employees in Gaza by 50% and stopped supplying electricity, among other punitive measures.

A World Bank report released Sept. 24 found that the Israeli blockade and the PA’s decision to cut funding, as well as cuts in US aid to Gaza, have contributed to a 53% unemployment rate there — and more than 70% among Gazan youth — while one person in two there suffers from poverty.

Fatah spokesman and PLO Central Council member Atef Abu Seif said Hamas should find ways to help its people in Gaza instead of accusing Abbas. He told Al-Monitor, “It's best for Zahar to go out and tell Gazans how the Hamas leadership can manage their lives and get them out of the dire humanitarian and economic situation they live in, instead of hurling false accusations against President Abbas.”

Abu Seif added, "The remarks of Zahar and other Hamas leaders about new sanctions against Gaza are baseless.” He stressed that such decisions are made by the Palestinian Central Council (PCC), which is scheduled to convene Oct. 26 in Ramallah.

However, many PA officials expect the PCC to call for harsh measures against Hamas if Egypt can't negotiate a reconciliation between the movements. Meanwhile, Hamas officials ended the round of talks with Egyptian intelligence officials Oct. 3, describing the talks as “positive.”

Just two days later, however, violence escalated along the border with Israel, as chances of signing a truce soon between Hamas and Israel have diminished. On Oct. 5, at least three Palestinians were killed and more than 300 wounded. In past weeks, dozens of Palestinians have been killed, while 800 have been wounded during clashes.

Meanwhile, the Israeli military is sending reinforcements to the border and telling Abbas to ease up on Gaza before it "explodes."

During an Oct. 4 press conference with German Chancellor Angela Merkel in Jerusalem, Israeli Prime Minister Benjamin Netanyahu threatened Hamas, saying Israel's response "will be very harsh” if it is attacked. On Oct. 7, he told his Cabinet war is likely unless the pressure there is relieved.

Abdel Sattar Qassem, a political science professor at An-Najah National University in Nablus, spoke with Al-Monitor about Zahar's theory that Abbas and others are urging Israel toward war with Hamas. “Zahar’s statements are not surprising in light of the desire of many regimes to get rid of Hamas, most notably Israel, Egypt, Jordan, Saudi Arabia and the UAE. Israel is reluctant to launch a military campaign as it dreads the losses it could incur," Qassem said.

Another political science professor, Mukhaimer Abu Saada of Al-Azhar University in Gaza, described Zahar’s statements as mere political speculations and “not evidence that Israel is actually going to launch a war on Gaza.” Speaking to Al-Monitor, Abu Saada warned that any future military confrontation will have catastrophic consequences for the people in the Gaza Strip, who are already crippled by their deteriorating economic, health and humanitarian situation.