Despite attempts by Hamas to topple Palestinian President Mahmoud Abbas, the latter knows that he must preserve the Fatah-Hamas unity government at all costs, as the West Bank and the Gaza Strip risk becoming two Palestinian states. 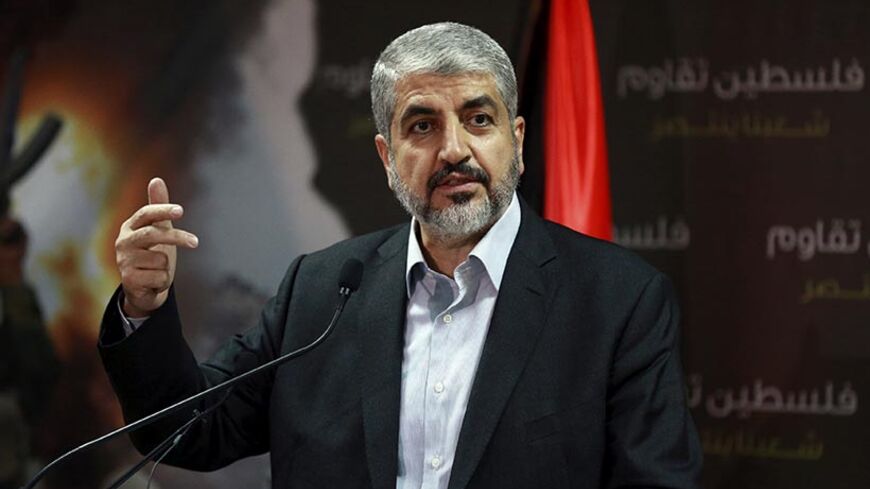 From the very beginning, it was a marriage of convenience. The bridegroom had no desire for the bride and she also despised him. But long years of enmity between the two were forgiven and forgotten in one moment of mutual distress: Palestinian President Mahmoud Abbas, who gave up on the collapsed peace process with the Israelis and feared for his post, and Hamas' political bureau chief Khaled Meshaal, who fiercely grasped the lifeline sent by his rival in Ramallah to the beleaguered city of Gaza.

The Palestinian unity government of Hamas and Fatah hit the road on June 2, but this “road” emerged as a mine-filled obstacle course. Even before the first 100 days of grace had passed, it was clear that there would be no honeymoon here, even if at least one side believed that the gaps could be bridged, at least in outward appearance. The depth of the crisis between the two marital partners came to the fore earlier than anticipated due to three events: the abduction and murder of the youths in the Etzion settlement block on June 12 by Hamas; Operation Protective Edge in Gaza; and the disclosure by Israel’s Shin Bet that Hamas had planned a coup against the Palestinian Authority (PA) in the West Bank.

Yet despite all this, they cannot separate from each other. Will two people walk together unless they have agreed to do so? (Amos 3:3).

According to the cease-fire agreement signed under Egyptian brokerage between Hamas and Israel on Aug. 26, the border crossings between Gaza, Israel and Egypt will be manned and monitored by PA people. Without Abbas, any kind of border-crossing agreement, whatever would have existed, would have been very different. And without the Protective Edge campaign, Abbas’ people evidently would not be privileged to set foot on Gazan land despite the reconciliation agreement.

Meshaal and Abbas had a difficult conversation at their Aug. 21 meeting in Qatar during the Protective Edge campaign. According to the Lebanese Al-Akhbar newspaper article published Sept. 1, the PA chairman complained to the head of Hamas’ political bureau. Abbas said that Hamas not only conspired against the PA regime, but also incited against it despite the reconciliation agreement.

“What kind of [unity] government [is this]? Our health minister who went to visit Gaza was beaten almost to death,” fumed Abbas to Qatar’s Emir Hamad bin Khalifa Al Thani, who was present at the meeting. Abbas referred to the visit of Jawad Awad, health minister in the unity government, who visited Gaza during the Protective Edge operation and was attacked by dozens of Palestinians. Thus it was clear again that no one affiliated with Abbas might safely set foot in Gaza, Hamas’ kingdom. They risk their lives in doing so. What kind of “unity” and “reconciliation” is that?

According to the report in Al-Akhbar, a meeting was held during the Gaza operation between Shin Bet chief Yoram Cohen and Abbas. In that meeting, Cohen disclosed the minute details of preparations adopted by Hamas operatives in the West Bank to harm the PA’s people and wrest control of the West Bank.

Although the Shin Bet head presented solid facts and evidence to Abbas, a bill of divorce between Fatah and Hamas was not conveyed. True, the Protective Edge operation revealed the enormous chasms between the PA in the West Bank and the Hamas realm in Gaza. Yet paradoxically, the forced alliance was actually strengthened at the conclusion of the fighting. The no-choice, unavoidable alliance received more validity than ever before.

Hamas needs Abbas to monitor the border crossings. Abbas, for his part, is loath to dismantle the unity agreement, even though the true face of the Hamas movement has been revealed to him. Abbas knows that dismantling the alliance would be tantamount to admitting that Fatah men have zero chances of setting foot on Gaza land from which they were forcefully expelled about seven years ago.

The Fatah-Hamas government, which the two sides are keeping on life support, is the only thing that inspires some hope, however slight, in Palestinian unity. Without it, Gaza and the West Bank are two separate entities, two Palestinian states for two quarreling nations. To Abbas, who has known bitter struggles in his life, the very thought of this is unbearable.

It is difficult to know how long this government will hang on. Unity involves not only a signature on a reconciliation agreement and reciprocal declarations of affection. Today’s Hamas has a conscript army that is many times larger and stronger than the PA chairman's security forces. This balance of power, to the detriment of the PA, has already caused Abbas to lose control of Gaza and see the shameful eviction of his forces from there. Now the power-balance disparity between the sides is even greater. It seems that no one in the world can merge the two forces into one army of the Palestinian nation.

It began with the late PLO leader Yasser Arafat, who chose to establish numerous military apparatuses instead of investing in civilian infrastructure. He was not wise enough to understand that the battle was over and he had to start building the independent Palestinian state. After his death, Hamas and Fatah waged bitter battles between them over which side had the exclusive legitimacy to represent the Palestinian nation.

The residents of the territories are caught in the middle. If not for the internal battles that have made a nightmare out of Palestinian lives, the two-state vision for the Israeli and Palestinian nations might have been realized. Instead, the two-state solution received new meaning: two Palestinian states for the two peoples, those of the West Bank and those of the Gaza Strip.