Egypt reaches out to expat kids with free language program 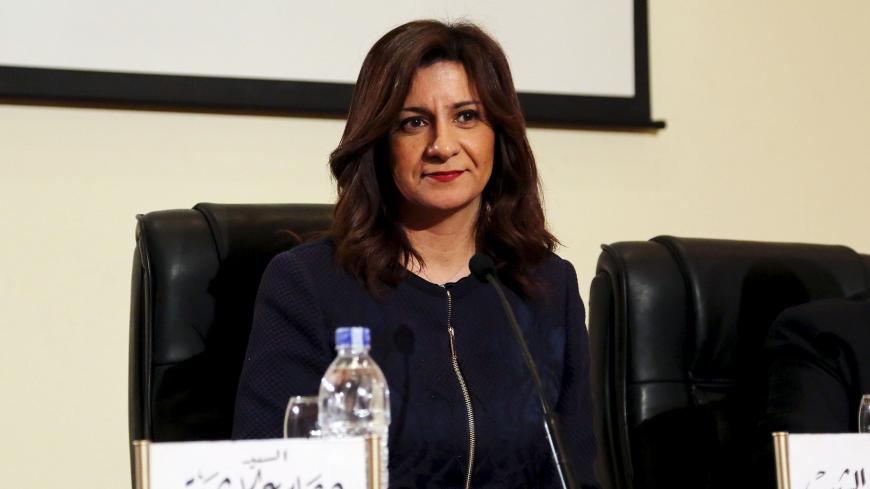 CAIRO — “My son cannot read or write in Arabic, even though he is Egyptian,” K.R., an Egyptian journalist living in Texas, told Al-Monitor. “This is one of the most important problems I face in the States. There are no Arabic teaching centers near my house.” He's pinned his hopes on an initiative Egyptian Minister of Immigration and Expatriate Affairs Nabila Makram Ebeid launched earlier this month that may just bridge the gap.

Ebeid said in an Oct. 8 press conference that the “Speak Egyptian” initiative targets Egyptian children abroad, aiming to entrench Egyptian identity by teaching them the Arabic language and Egypt's dialect, history, values, customs and traditions. The initiative is run in partnership with the National Council for Childhood and Motherhood and Nahdet Misr Publishing Group.

Alaa Bakr, a member of the council, told Al-Monitor that the initiative will involve web-based educational programs that rely heavily on images and graphics to explain Egypt’s history, geography and culture. They will be available for download free of charge from the Ministry of Immigration and Expatriates Affairs' website.

Bakr said, “If the applications can be properly advertised to the target group — parents abroad — it will have tangible success.”

Dalia Ibrahim, the chairman of Nahdet Misr's board of directors, explained that the initiative suits the organization's educational and cultural mission and coincides with the 80th anniversary of its founding.

A source familiar with the Department of Sustainable Development at the Ministry of Immigration and Expatriates Affairs told Al-Monitor on condition of anonymity in line with civil service regulations, “The ministry’s joined the initiative in response to the directives of President Abdel Fatal al-Sisi, who stressed the need to preserve the authentic Egyptian identity.”

The source pointed out that social media and the internet in general have exposed Egyptian nationals to different cultures and points of view, with both benefits and drawbacks. “Egyptians have become torn between radical Islamic ideas [that reject ancient Egyptian history as pagan beliefs] and call for violence, terrorism and intolerance on one hand, and extremist secular cultures that deny the great history of Islamic Egypt and call for disintegration and chaos on the other,” he said.

He continued, “Meanwhile, some Egyptians have become influenced by cultures hostile to our modern history. These cultures underestimate Egyptian achievements such as the [1973] October War. Those who are under the influence of [Western] cultures imitate the heroes of American movies and [prefer English] to the Arabic language.”

The source added that the target group is Egyptian children abroad who do not learn the history of Egypt and know nothing about the values ​​of Egyptian society. These children cannot read about Egypt and discover their country from an Egyptian point of view.

Journalist K.R. told Al-Monitor that his young son knew nothing of what children of his age living in Egypt know about their Egyptian history. “He rather has a sense of belonging to the US culture and history.” K.R. fears the situation will have a negative impact on his son if he decided to return to Egypt. “My son should know more about his native country and his mother tongue so as not to feel alienated if he ever returned home,” he said.

N.M., who works in marketing for an UAE company in Dubai, has a different problem with her two sons. She told Al-Monitor that her children feel estranged in their own home. “They see the culture, ideas and values of their father and I as alien to them. This creates a psychological barrier between them and my family back in Egypt.”

She wants the “Speak Egyptian” initiative to succeed, but fears Egyptian children abroad will be unimpressed by its technological offerings.

Al-Monitor talked to Hossam Amara, a psychiatrist in Cairo who believes the campaign may offer solutions to cases like N.M.'s, in which children’s inability to speak their mother tongue creates a psychological barrier between them and Egyptian society.

Hassan Shehata, a professor at the Faculty of Education at Ain Shams University, told Al-Monitor that he supports the ideas, principles and objectives of the initiative. He said the biggest challenge is to convince parents to get their children to take advantage of it.

Shehata explained that many Egyptian parents abroad are either themselves unaware of the importance of connecting their children with their roots or too occupied with their hectic daily lives abroad to help educate their children on Egyptian language, history and culture.