The mood is suddenly a bit lighter as Turkey's trial of US pastor Andrew Brunson continues tomorrow, after the suspected murder of a Saudi journalist offered Washington and Ankara an opportunity to work together for justice. 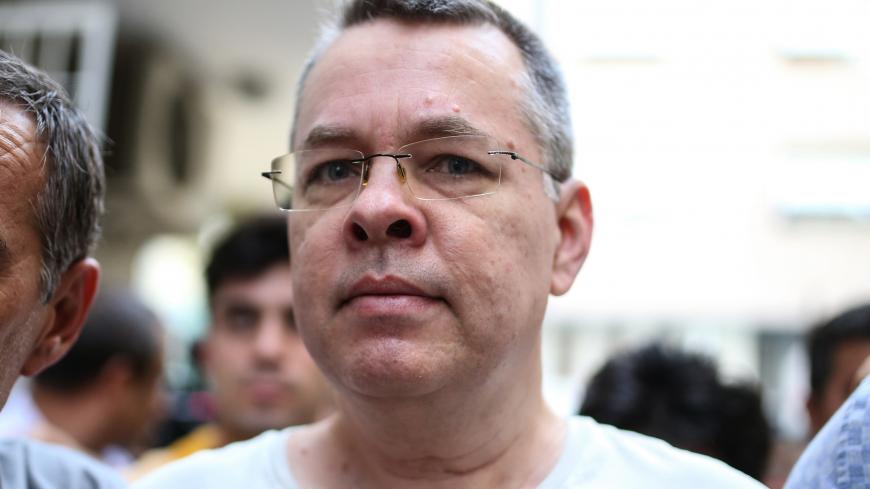 US pastor Andrew Brunson is escorted by Turkish plain clothes police officers to his house in Izmir July 25, 2018. - GETTY

Andrew Brunson, the evangelical pastor being tried on espionage and terror charges in a controversial case that has badly bruised the United States’ relations with its NATO ally Turkey, is due to appear in court tomorrow. Hopes on the American side are that the 50-year-old native of Black Mountain, North Carolina, who has been held for a year in prison and under house arrest since July, will finally be freed.

The hearing comes amid a burgeoning alignment between Washington and Ankara over Jamal Khashoggi, the dissident Saudi journalist who is feared to have been murdered by a Saudi hit squad in the kingdom’s consulate in Istanbul.

Secretary of State Mike Pompeo told a Washington audience yesterday, “I’m very hopeful that before too long Pastor Brunson and his wife will be able to return to the United States.” It remains unclear whether Pompeo was airing a wish or speaking on the basis of solid information.

Turkish President Recep Tayyip Erdogan, however, added to the cautiously optimistic mood, telling reporters en route home from an official trip to Hungary yesterday, “I am not in a position to intervene in the judicial system. Whatever the judiciary decides, I am obliged to abide by." He refrained from alluding to the bizarre allegations against Brunson that he had previously characterized as “dark terror links.” They include claims that Brunson, together with assorted Americans of the Mormon faith, was involved in the failed plot to bloodily overthrow Erdogan in July 2016 and to foment Kurdish separatism by converting Kurds to Christianity.

The future of Turkey’s increasingly turbulent ties with the United States seem to hinge on the outcome of Friday’s proceedings, with the White House and Congress threatening to enact assorted sanctions if he and several other Americans and Turkish nationals working at US diplomatic missions in Turkey, all seen as political hostages, are not released.

Washington has already frozen the US assets of Turkey’s justice and interior ministers under the Global Magnitsky Act used to sanction criminals worldwide. It has also doubled tariffs on Turkish aluminum and steel, dealing a further blow to Turkey’s wobbly economy.

But the angry rhetoric from Ankara and Washington has abated in recent months as both sides appear to be reassessing the costs of a complete break. Howard Eissenstat, an associate professor of Middle East history at St. Lawrence University and nonresident fellow at the Project on Middle East Democracy, told Al-Monitor, “I suspect both the United States and Turkey are looking for ways to back away from the brink, and certainly Brunson’s release would be a step in the right direction.”

Moreover, Eissenstat said, Erdogan is beginning to feel the limits of his attempts to step away from Turkey’s traditional alliances. “He has already attempted to hedge his fight with the US by warming ties with Europe, but both the economic crisis and new tensions with Russia and Iran over the future of Syria highlight the continuing value of cooperation with the US. Jamal Khashoggi’s apparent assassination might be one vehicle to help leverage further cooperation.”

Turkish analysts echoed the view that the Khashoggi saga may ease tensions, even though Turkish officials have refuted Trump’s assertion that US investigators were in Turkey working with Turkish investigators on the case.

Asli Aydintasbas, a prominent Turkish journalist and senior fellow at the European Council on Foreign Relations, told Al-Monitor, “During one of the worst periods in Turkish-American relations, this twisted and tragic saga has led to a thaw, with some level of communication between US and Turkish security agencies.”

Aydintasbas further noted, “Ankara never really expected Washington to come forth in the way it has, with President Trump and the Hill making it clear that they won’t let this slip. There was a real fear in Ankara that if it started screaming blue murder that nobody would pay attention and just pad along to the next Saudi-sponsored oil and gas conference, leaving Turkey completely isolated.”

This angle might explain why the famously combative Erdogan has been relatively tame in his comments about the alleged assassination despite Turkish officials having kept up a steady stream of leaks to the media asserting their conviction that Khashoggi was killed in Turkey. In his latest comments, Erdogan said, “We cannot remain silent in the face of such an incident.” He poured scorn over Saudi claims that their security cameras had not been working at the time of Khashoggi’s visit, but Erdogan has yet to call out Crown Prince Mohammed Bin Salman, who allegedly wanted Khashoggi silenced.

There has been no formal presentation by Turkish investigators of their findings and they have yet to conduct a search of the Saudi mission, as announced earlier this week.

US officials speaking to CNN supported the allegations that Saudi Arabia was targeting Khashoggi, saying US intelligence had intercepted communications between Saudi officials discussing plans to lure him back to the kingdom and detain him. Getting Khashoggi to the consulate in Istanbul may have been a backup plan. Khashoggi was last recorded entering the consulate on Oct. 2 to secure documents that would enable him to marry his Turkish fiancée and has not been heard from since.

Despite the reports that US intelligence was aware Khashoggi was at risk, Trump has maintained a determinedly equivocal stance, saying of his alleged murder, "Again, this took place in Turkey, and to the best of our knowledge Khashoggi is not a United States citizen, is that right? … He's a permanent resident, okay … as to whether or not we should stop $110 billion from being spent in this country … that would not be acceptable to me."

This all suggests it may be too early for Turkey to assume that the White House is squarely on its side on the matter. But Congress clearly is, with 22 senators signing a letter to Trump yesterday saying they had triggered a provision of the Global Magnitsky Act requiring that the president determine whether a foreign person is responsible for gross human rights violations. Should Brunson be freed tomorrow, Turkish officials may be off the Magnitsky hook, at least for the time being. 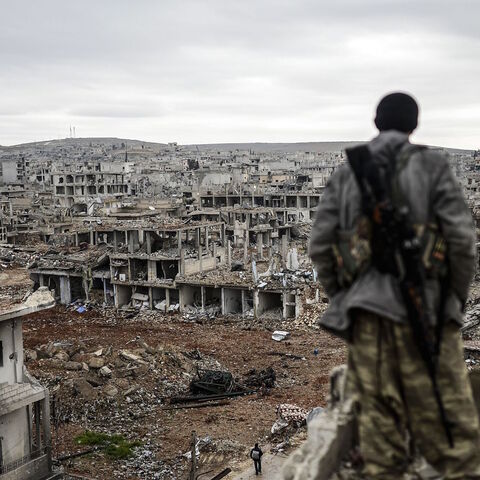