Intel: US warns Russia over S-300s for Syria 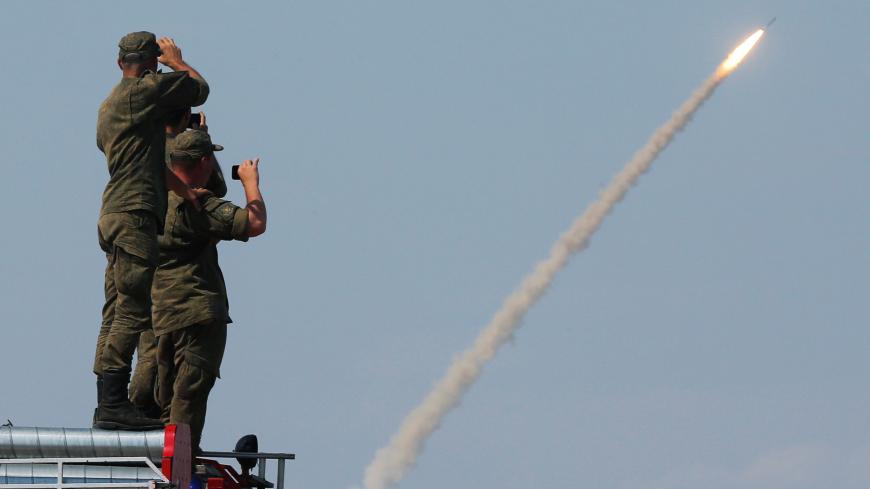 The Donald Trump administration today bluntly warned Moscow against its announced plans to move advanced missile defense systems to Syria after Bashar al-Assad's forces accidentally shot down a Russian military plane with 15 service members on board. “There are many topics that we'll talk about with the Russians. I am very confident that their latest decision to move the S-300s will be among them,” Secretary of State Mike Pompeo told reporters on the margins of the UN General Assembly gathering in New York. “We're trying to find every place we can where there's common ground, where we can work with the Russians. We're finding lots of places where they're working against American interests, and we will hold them accountable.” Asked if he expected to meet with Russian Foreign Minister Sergey Lavrov during the week, Pompeo said, “I'm sure Sergey and I will have our time together.”

Why it matters: Russia first proposed selling the missile system to Syria in 2013 but postponed the move at Israel's urging. After Israeli jet strikes against targets inside Syria triggered last week's incident, Defense Minister Sergei Shoigu said in a live television address today that Russia would shortly deliver the systems and directly link up with Syria's air-defense network. While Shoigu said the move aimed to cool “hotheads” that threaten Russian troops, it could hinder Israel's ability to suppress Iranian support for Hezbollah and increase rather than decrease regional tensions.

In other news: Pompeo addressed several other issues in his press conference alongside US Ambassador to the UN Nikki Haley and national security adviser John Bolton.

Know more: Check out Al-Monitor's Israel Pulse and Russia-Mideast coverage for all the latest on the fallout over last week's Russian plane incident, including Israel's concerns that any reduction in Syria operations will give Iran and Hezbollah dangerous breathing room. Also check out our Washington section for live coverage all week from the United Nations.