In an interview with Al-Monitor, the top UN aid official in Yemen warned that 10 million more people are at risk of starving if fighting in the war-torn country doesn’t stop. 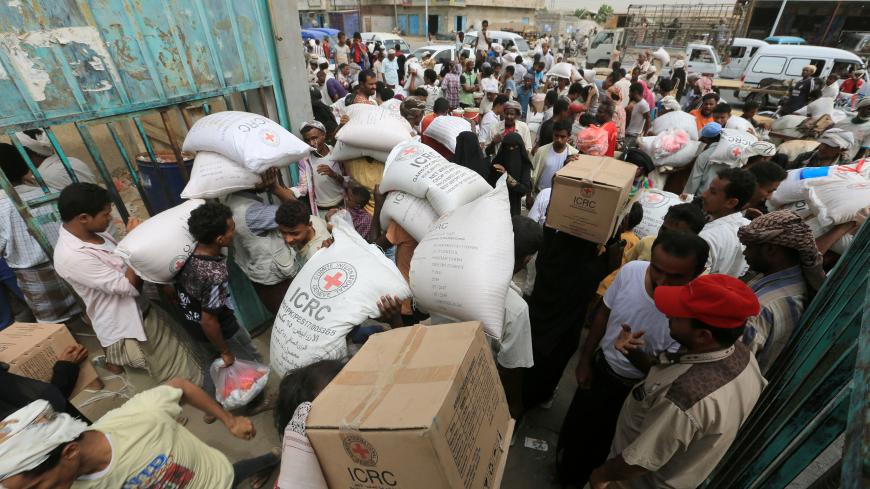 The United Nations is trying to stop another 10 million more Yemenis from becoming dependent on aid by the end of the year, the intergovernmental organization’s top humanitarian official in Yemen told Al-Monitor.

Just weeks after the Iran-backed Houthi rebels failed to appear for UN-backed talks in early September, UN Humanitarian Coordinator in Yemen Lise Grande said that fewer ships are coming into the country than at “virtually any stage” of the war.

More than 8 million Yemenis depend on UN aid to survive, Grande said. That’s even as Saudi Arabia and the United Arab Emirates promised to open routes out of the embattled port city of Hodeidah, the entry point for three-quarters of Yemen’s aid, and agreed to evacuate sick Yemenis who can’t be treated in the war-ravaged country.

“The 10 million additional people who depend on the market for food are the real issue,” Grande said in a Skype interview from Sanaa, where the UN mission is based. “If shippers don’t berth at northern ports, these people aren’t able to buy the food they need. It’s painfully clear that shippers just don’t have the confidence to enter northern Yemen where they are desperately needed.”

Grande credited the Saudi-led coalition fighting the Houthi rebels with “significantly” reducing the time needed to clear commercial ships at Yemen’s ports since last year. But she said the ongoing fighting has made it difficult for shippers to secure credit. It has also raised insurance costs and caused security risks that prohibit many ships from coming in.

The UN concerns come as coalition backers huddled at the UN General Assembly. UAE Deputy Foreign Minister Anwar Gargash said this week that military pressure on Hodeidah would be key to reviving the stalled talks.

Grande worries that an outbreak of cholera could once again threaten to make a fragile humanitarian situation even more challenging. “One of our biggest worries is cholera. Hodeidah was an epicenter of last year’s outbreak,” Grande said. “Cholera is present everywhere this year as well, but humanitarians have done absolutely everything possible to prevent, prepare and respond to the disease.”

Despite the failure of last month’s talks, UN envoy for Yemen Martin Griffiths has kept hopes alive in Washington even as the country faces the worst blight of starvation since World War II.

On Friday, Griffiths announced a plan to restart the talks that includes the reopening of Sanaa’s airport and the exchanges of prisoners.

“He certainly is not declaring mission defeat,” a former US official told Al-Monitor. The State Department sees the nixed talks as “disappointing but not fatal,” the source added.

The missed opportunity comes as Congress attempts to apply more pressure on the Donald Trump administration to end US support for the Saudi-led air war in Yemen, including the refueling of coalition fighter jets. UN officials say the fight over Hodeidah threatens to disrupt cholera vaccinations and food supplies across the country.

Last week, the US administration sent top officials from the State Department, the Joint Staff, the Defense Department and the Office of the Director of National Intelligence to Capitol Hill for a legally mandated Senate briefing. The briefers were taken aback by the intensity and depth of lawmakers’ questions, a former Barack Obama administration official told Al-Monitor.

Policy debates over the Yemen campaign appear to be extending into the Trump administration. The Wall Street Journal reported today that some State Department officials pushed the US administration to curtail the Pentagon’s refueling of Saudi and UAE jets after an Aug. 9 airstrike on a school bus that killed 40 children.

The Saudi-led coalition also could face oversight from the UN’s Group of Eminent Experts on Yemen, which saw its mandate reauthorized at the General Assembly this week.