Israelis, including many from the national-religious stream, support women who study Jewish law and make Jewish-law decisions. 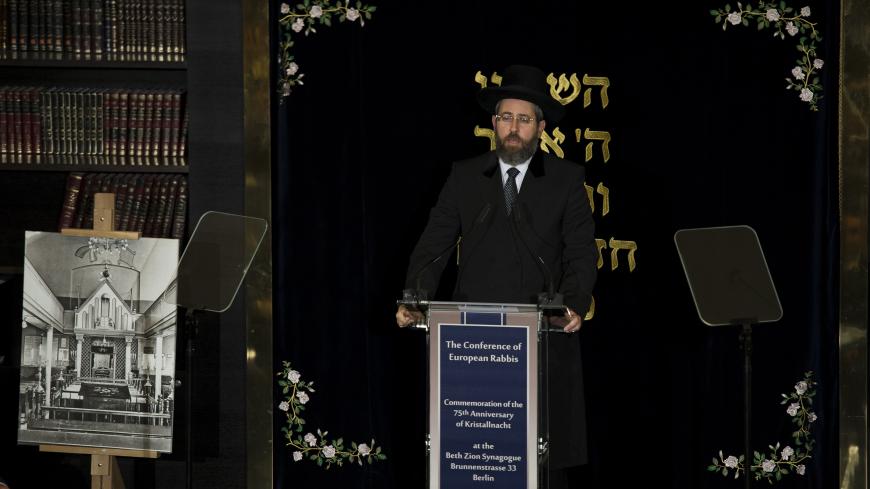 The Beit Hillel organization is considered the liberal standard-bearer of religious Zionism. Its rabbinical leaders have handed down groundbreaking rulings on many matters, including the issue of women as spiritual leaders. It is therefore only natural that the organization has launched a platform that provides answers by women experts on issues of religious law and morality. The initiative has the reserved support of religious Zionism’s mainstream rabbis, but conservative Zionist Judaism, the country’s Chief Rabbinate and the ultra-Orthodox community oppose it.

Question-and-answer (Q&A) sessions are a familiar framework in Judaism, existing for almost two millennia (Mishna and Talmud scholars often used this format). In our days, it has developed greatly with the advent of the internet, enabling people to direct questions to rabbis and adjudicators on religious issues, Jewish law, morality and dilemmas of daily life. One such popular platform on the Kipa website is called “Ask the Rabbi,” and there are others as well. Women, however, are absent from them all.

In recent decades, Torah study by women has grown increasingly acceptable, with many serving as teachers, community leaders and spiritual guides. However, the learned women cannot be officially ordained as rabbis because the Chief Rabbinate has a monopoly on ordaining rabbis in Israel and it refuses to let women take the required exams.

Absent the Rabbinate’s approval, many institutions of religious learning and progressive Orthodox rabbis have begun bestowing the title “rabbanit” — the female form of the Hebrew word for rabbi — on dozens of women who have completed their studies and passed exams.

Beit Hillel has pioneered the participation of women holding the title of rabbanit in formulating rulings and answering questions on issues of Jewish religious law. It cites the opinions of the moderate former chief rabbis, Rabbi Eliyahu Bakshi-Doron and Rabbi Yitzhak Halevi Herzog, as the basis for its decision.

Following an eight-month pilot program, Beit Hillel women rabbinical experts have launched a Q&A platform. Over 25 women are involved in the initiative, titled “Refreshing — Women of Torah respond appropriately.” Rabbanit Tamar Meir conceived the idea of the project in 2015, and following a lengthy gestation that included opinion polls, training of women experts and setting up an internet platform, the initiative is up and running.

The main takeaway from the pilot period was that 95% of those seeking answers on the site were women and girls, reflecting the need for just such an initiative. “Most religious and traditional women do not have access to answers on matters of Jewish law,” Meir explains in an interview with Al-Monitor. “And if they do have access, posing a question to a male rabbi and conducting a dialogue with him is a problem for many women who are scared to open up and discuss issues of intimacy or to expose their ignorance. We examined answers given by male rabbis to women questioners and found a lack of empathy, understanding and ability to identify with and contain the distress or the dilemma of the women asking questions."

The type of questions women ask is also different from those of men who turn to rabbis for advice. “Other than questions about kashrut — Jewish dietary laws — and relationships with the other sex, many of the questions deal in spiritual matters such as divining the meaning of dreams,” Meir says.

Rabbanit Yael Shimoni, who leads the Q&A initiative, explains to Al-Monitor that people seeking answers to Jewish-law questions often turn to “Rabbi Google” these days and find answers by different rabbis. “Why, then, should a rabbanit who has studied Torah and is no less of an expert on halacha, and who teaches and guides groups and students, not be there too?” she says. “Why not allow women’s voices on the halacha to be heard too?”

The issues and answers directed at the rabbanit are not necessarily “female” in nature. “During the pilot, we were already being asked about general issues, just as male rabbis are asked. The difference is in the identity of those asking, the vast majority of whom are women and girls who feel that a woman understands them better,” Shimoni says.

Many questions have to do with controversial issues such as military service by religious women. The answer, in this case, is clear-cut, says Rabbanit Shimoni. “Enlisting in the Israel Defense Forces (IDF) or doing national service is of religious and national importance,” she says, explaining that the IDF today is a safer place for women than it was in the past, and it provides for the needs of religious women soldiers. On the issue of sexual orientation, the answer is not as clear. On the one hand, the Jewish-law still bans homosexuality, but the women rabbis underscore the need for understanding, acceptance and equal rights for homosexuals and lesbians.

The Chief Rabbinate, which as mentioned disqualifies the very term “rabbanit” and “female rabbi,” opposes the initiative, a position Meir says is obvious. “The Rabbinate is a very conservative clique that does not allow for any change, and we have no expectations of it. They need only remember that in Biblical days, a woman prophet, Deborah, was already a judge of the Israelites.”

Other opponents are rabbis of the conservative Chotam organization that rejects any role for women in halachic matters. Chotam is waging a determined campaign against women’s enlistment, and its rabbis preach against “the religious feminists” and advocate for women to be responsible for the sanctity of home and family.

Rabbanit Shimoni says religious feminism engenders a lot of controversy; therefore, she and others must proceed with caution and prove their abilities. “We must not err,” she says. The women of Beit Hillel met with leading rabbis of religious Zionism, such as Rabbi Zalman Melamed of the settlement of Beit El, in order to soften opposition to their activities. Also among their supporters is Rabbi Yaakov Medan, one of the leaders of religious Zionism, who posted a surprising clip Aug. 30 hailing the enterprise.

The Q&A initiative reflects the real change that religious Jewish society is undergoing in Israel and elsewhere. Women’s participation in religious rites, such as reading from the Torah in a synagogue, teaching religious law and even officiating at marriage ceremonies, is more accepted —​ even though it is still anathema to conservative streams of Judaism.