The last liberals of the Likud

The public position that President Reuven Rivlin and Knesset member Benny Begin have taken against the Nationality Law and attacks on the Supreme Court have left them in the minority within the Likud Party. 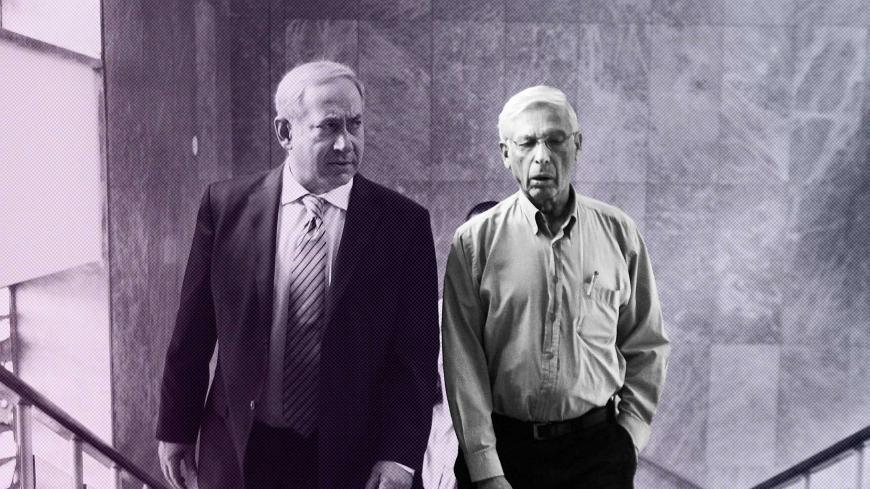 Israeli President Reuven Rivlin and Knesset member Benny Begin are both esteemed veterans of the Likud. They were both raised on the values of the old Herut party (antecedent of the Likud) and the teachings of revisionist leader Ze’ev Jabotinsky. Today, however, they are little more than a disparaged minority in the modern-day Likud, and certainly in the party as it is represented in the Knesset and the government.

On Sept. 5, the two men stood side by side to deliver a resounding critique of the Nationality Law (anchoring the Jewish nature of the State of Israel) and the incessant attacks on the Supreme Court by various members of the government, including the Likud’s own Prime Minister Benjamin Netanyahu. It was only natural that they offered their stinging rebuke at the center designated to carry on the legacy of Begin’s father, former Prime Minister Menachem Begin, for whom respect for the official institutions of state ran deep.

Unlike his previous public statements, this time Begin chose sharp, aggressive language in response to remarks by Justice Minister Ayelet Shaked one day earlier, on Sept. 4, attacking the Supreme Court. In a gathering of the Israeli Bar Association to mark the beginning of the legal calendar, Shaked attacked the Supreme Court’s decision that it would not immediately dismiss suits brought against the Nationality Law. As she put it, this is part of a constitutional revolution, which has caused Israel to make the transition from “government of the people to a government of legal sages.” Just one month earlier, on Aug. 5, Shaked made a statement threatening the Supreme Court, when she said that if the court overturns the Nationality Law, there would be a war between the legislative and judicial branches of government.

“This kind of talk is the kind of nonsense that threatens our ability to preserve the only vital institution that protects the fundamental rights of Israeli citizens,” said Begin, in a direct retort to Shaked’s remarks. “These crude comments touch on the very fundamentals that hold us together. There are those among us for whom universal values are like thorns in their eyes, and these include the justice minister. The concept of universal values has become an abomination to them, which they use in falsehoods attacking the towering stronghold of our democracy, the Supreme Court, as if its members are not attentive enough, are not nationalistic enough or patriotic enough, or in other words … I’d better stop here.”

Begin’s father was vehemently opposed to any criticism of the Supreme Court. As prime minister, he coined the idiom, “There are judges in Israel.” Over time, it became a symbol of the official institutions of government, which preserve the independence of the Supreme Court. Similarly, his successor Yitzhak Shamir was totally committed to these official institutions and ideals.

The event at the Menachem Begin Heritage Center was held to celebrate the launch of a new book by journalist Yoaz Hendel, based on his conversations with Rivlin. Rivlin, who was the guest of honor, chose to use his speech to attack the Nationality Law, which was passed by the Knesset last July. “In its current iteration,” Rivlin said, “the law is bad for Israel and bad for the Jewish people.” He argued that the law could be used to describe and categorize Jews as “more Jewish” and “less Jewish.”

These comments were a not-so-subtle hint at the way Rivlin is treated by several right-wing activists, who constantly berate and excoriate him publicly. On his Facebook page, for example, he is called an “impure man” and “worse than the members of the Arab Joint List party.”

Begin was the most outspoken opponent of the Nationality Law from among the coalition. Before the Knesset vote, he said, “Nationalism that does not preserve human rights deteriorates into violence.’’

At the start of the Knesset’s winter session in October 2017, Rivlin delivered a scathing speech denouncing the government’s planned legislation and its attacks on the country’s gatekeepers. In it, he said, “We are witness today to winds of a second revolution. This time, it’s the rule of the majority as the exclusive ruler. … The idea of official institutions benefiting all has departed from the land, so that after us, the deluge.”

Former Knesset member Haim Oron (Meretz) believes that the liberal positions held by these two men are what distinguish them from most other Knesset members from the Likud Party. “Rivlin has a deep and fundamental liberal aspect to him,” Oron told Al-Monitor. “In that sense, he is part of the same circle of Likud members that includes Dan Meridor, Mickey Eitan and Benny Begin. They have a consistent position regarding the rule of law, the separation of the branches of government and civil rights. Take a sensitive issue like [opposition to] the pardoning of Elor Azaria [convicted of murdering an incapacitated terrorist]. Is that a left-wing position? If you defend the Supreme Court, are you a leftist?”

Positions held by Rivlin and Begin, which were once accepted in the Likud, and particularly among its more liberal wing, have led to their isolation, along with the isolation of other Likud members who support them. The Likud Central Committee is now dominated by power groups, including groups of settlers, as Mazal Mualem described in an Al-Monitor article. Anyone who wants to succeed in the primaries (for the party list) before the next Knesset elections cannot allow himself to clash with them.

Alongside the isolated Knesset members from the Likud’s liberal wing — Begin, Yehuda Glick, Sharren Haskel and sometimes Amir Ohana — there is also a group called the “New Likud.” This is made up of people who register for the Likud but whose explicit agenda is that the Likud is a center-right party and not just a right-wing party. Their goal is to “preserve liberal democracy, in accordance with the spirit of the Declaration of Independence and the constitution of the Likud Party. We will support the establishment of a centrist, liberal Zionist government, which can fulfill the wishes of most people in the political center.”

Today, this group is the only difference between the Likud and pro-settler national-religious HaBayit HaYehudi, or in other words, between a small niche party and a big-tent national party capable of including a wide variety of opinions and positions, particularly when it comes to responsibility and commitment to official norms and institutions, since these traits are necessary for a party to govern. The group will face its test in the upcoming primaries.

Netanyahu hopes to win 40 seats in the next election. If, however, he continues trying to be more like HaBayit HaYehudi on the right, he will lose the support of those seats closer to the liberal center. Then, at most, he will simply suck votes from those parties to the right of the Likud.