Diaper prices have doubled as the product joins the growing list of goods experiencing sudden price jumps in Iran as the nation struggles with sanctions and currency issues. 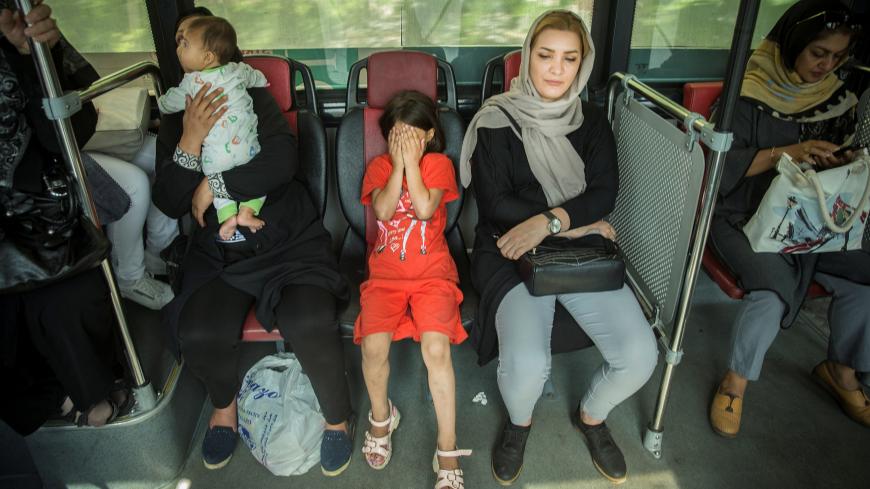 A girl and women ride on a bus in Tehran, Iran, August 2, 2017. - Nazanin Tabatabaee Yazdi/TIMA

Diaper prices have been rising in recent weeks in Iran, putting pressure on working and middle-class families harder at a time when nothing is immune from biting inflation.

Iran's diaper needs are met by both imports and domestic manufacturers.

The recent increase in prices has been blamed on the devaluation of the national currency as well as hoarding by some distributors of imported brands. Union leaders also say a lack of raw materials has led to a production halt at several diaper factories in the country. "At least 10 Iranian diaper producers are on the verge of bankruptcy," Seyyed Hossein Dokmehchi told Iran Labor News Agency.

Domestic diaper companies that rely on imported raw materials for production appear to be in a bind as the bulk of such goods is stuck in customs offices. They had registered their orders based on the official exchange rate of 42,000 rials per dollar, per recent directives issued by the Central Bank of Iran for essential goods. Now the importers are required to pay a margin calculated on a secondary rate for the importation of non-essential goods. That rate stands at around 90,000 rials per dollar, far higher than the rate extended to prioritized imports, but lower than the open market of around 14,000 rials per greenback.

As such, when or if the raw materials are released from customs, diaper prices are not expected to stabilize and further inflation is likely. According to the moderate Entekhab News Agency, officials have promised to tackle the scarcity, but have predicted that diaper prices will more than double due to the cut in importer access to hard currency at the official rate.

Sheema’s husband earns his family's daily bread working at a car wash in Tehran. Sheema told Al-Monitor that she has had to switch to traditional nappies, which are made of cloth and can be washed and reused, instead of disposable diapers. She complained that cleaning them takes up a lot of her time and energy, but said she has no other choice as her working-class family can no longer afford to buy new diapers.

Iranian officials have long complained that sanctions are hitting ordinary citizens the hardest. They have specifically pointed to the medical sector, insisting that one key target of the US sanctions regime is medicines badly needed by cancer patients and those diagnosed with chronic and untreatable diseases such as multiple sclerosis. Now the diaper crisis — though not falling in the medicine category — seems to be hurting Iranians just as badly.

The issue has reached the highest levels of the Iranian political establishment. During a recent meeting with President Hassan Rouhani and members of his cabinet, Supreme Leader Ayatollah Ali Khamenei made a clear reference to the matter while addressing the ongoing economic turmoil. "There are cases that are not simply about profiteering. They are rather sabotage," Khamenei said while invoking "enemy plots," a recurrent motif. "Take the example of baby diapers, which have suddenly become scarce in Tehran and other big cities. [By creating conditions for such scarcity,] the enemy seeks to infuriate the people against the government and the establishment."