Consumer prices are reportedly dropping in Iran after a period of untamed jumps rarely seen in the country's recent history. 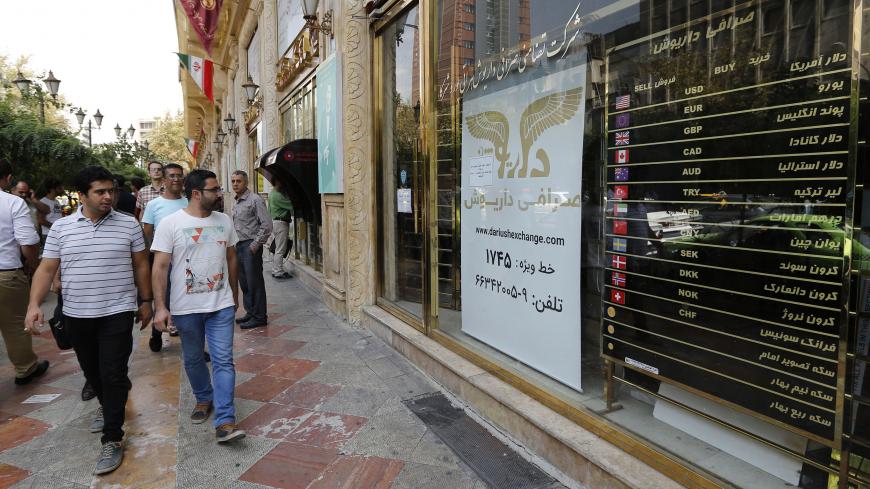 With Iran's national currency getting back on its feet in a fast-track trend that started this week, consumer prices in the country are reportedly falling sharply.

Iranian media reported that it took almost no time for a variety of products to witness price drops as the national currency, the rial, rapidly rallied against foreign currencies. The situation, described by moderate paper Hamshahri as a "domino effect," has already reached domestically produced and imported cars, home appliances and cellphones. Prices within those three categories particularly skyrocketed following the US withdrawal from the Joint Comprehensive Plan of Action on May 8. Hamshahri also predicted a further plunge in those prices in the coming days.

Offering similar estimates, reform-leaning paper Arman wrote about "some peace of mind returning to Iranian society." Javan, a hard-line daily, reported that cellphone prices have seen a 20% price drop already. Prices, according to Minister of Communications and Information Technology Mohammad Javad Azari Jahromi, will soon be sliced in half.

"Prices making fun of the dollar's heart attack," wrote Khorasan, as it mentioned extraordinary moments when customers left their half-filled carts at supermarkets as the rial regained value and eased product scarcity worries.

But Jahan Sanat, usually critical of President Hassan Rouhani's economic policies, was not as optimistic, reporting "only a partial drop in the prices of some basic supplies." The paper's Oct. 3 editorial called on the government to "rescue people," adding that "prices [of basic supplies] have seen up to 400% jumps recently … with workers and civil servants hardly making ends meet due to the imposed illogical rates." Jahan Sanat has further criticized state supervisory bodies for their failure to moderate prices that are "set by producers and distributors who keep fishing in troubled waters."

According to a member of Iran's Supreme Labor Council, which is affiliated with the Ministry of Cooperatives, Labor and Social Welfare, "[Iran's] working class families have lost over two-thirds of their purchasing power in the past few months." The pressing issue of basic supplies also reverberated across social media: "I will be excited about the dollar plunge only when prices of baby formula, diapers, basic supplies and rents restore to what they were a year ago." And doubts also remain on whether consumers will still be offered lower prices on food supplies that have been imported on earlier high dollar rates.

During a Cabinet meeting Oct. 3, President Rouhani tried to allay concerns over basic supplies, saying "no one should have any worries." He also dismissed as "a lie" claims by some in Iran that the government has been manipulating the currency market to fund its budget deficit.