Intel: Congress wants to cut off Hezbollah’s finances – here's why it’s taking a while 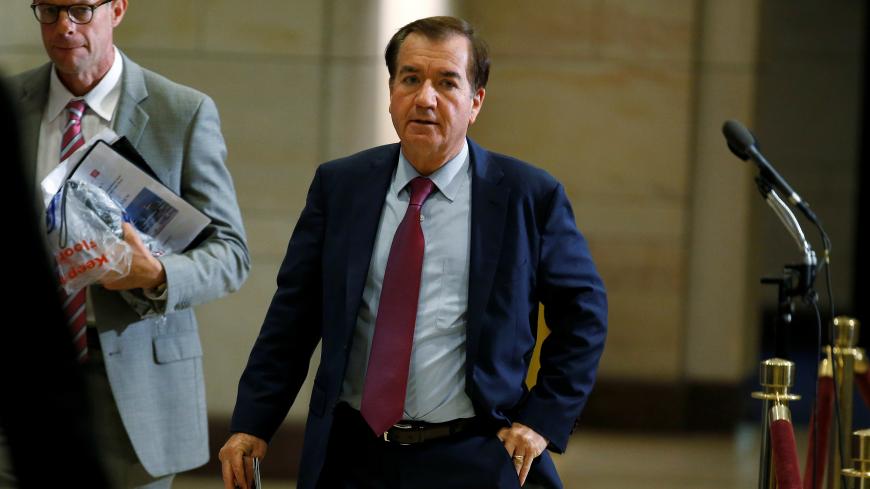 Chairman of the House Foreign Relations Committee Ed Royce, R-Calif., arrives for a briefing for members of the House of Representatives on Capitol Hill in Washington, Sept. 6, 2017. - REUTERS/Joshua Roberts

Last night the House unanimously passed the Hezbollah International Financing Prevention Act to target the Lebanese paramilitary group’s global funding and recruitment streams. But Congress already voted on it twice — almost a year ago. While President Donald Trump has expressed a determination to crack down on Hezbollah and other Iranian proxies, the House must still wrangle with the Senate over minor differences before the bill makes its way to Trump’s desk.

“Today’s bill will build on existing sanctions against Hezbollah by targeting its global fundraising and recruiting, as well as those who provide it weapons,” House Foreign Affairs Committee Chairman Ed Royce, R-Calif., said in a statement after it passed. “This legislation is the product of months of bicameral, bipartisan work, and I hope the Senate will take it up quickly.”

What’s taking so long? Few things happen fast in Congress, and this is no exception. The House and Senate unanimously passed slightly different versions of the same legislation last year within weeks of each other. While the House voted on the version of Sen. Marco Rubio, R-Fla., last night, the lower chamber amended it, punting it back to their Senate colleagues for yet another floor vote.

What does it actually do? Both the House and Senate bills block the assets of anyone the president determines “provides significant financial, material or technological support” for Hezbollah and its affiliates. But the House bill directly singles out Iran and contains a nonbinding clause asking the president to sanction Lebanese cabinet members and parliamentarians belonging to Hezbollah or its affiliates.

Why it matters: While Democrats have railed against Trump’s withdrawal from the Iran nuclear deal, lawmakers are largely on the same page when it comes to sanctioning Iran’s proxies throughout the region, including Hezbollah. But the Lebanese banking system has hired lobbyists to push back against the bill, fearing it could adversely affect the Lebanese banking system. As Hezbollah fights alongside the Bashar al-Assad government in Syria, Iran has been shipping precision missiles to Hezbollah in southern Lebanon, posing a threat to Israel.

Know More: Be sure to read Al-Monitor’s must-read, exclusive interview with Lebanese Foreign Minister Gebran Bassil. For more details on the Lebanese banking system’s lobbying efforts against the Hezbollah International Financial Prevention Act, check out our award-winning lobbying series, The Influence Game. And for a more granular breakdown of the bill, check out Bryant Harris’ piece from last year.