Egypt's horse exports growing now that most bans are lifted

Now that many countries no longer ban imports of Egyptian horses, the government expects the country to become a hub for investment in purebred Arabian horses. 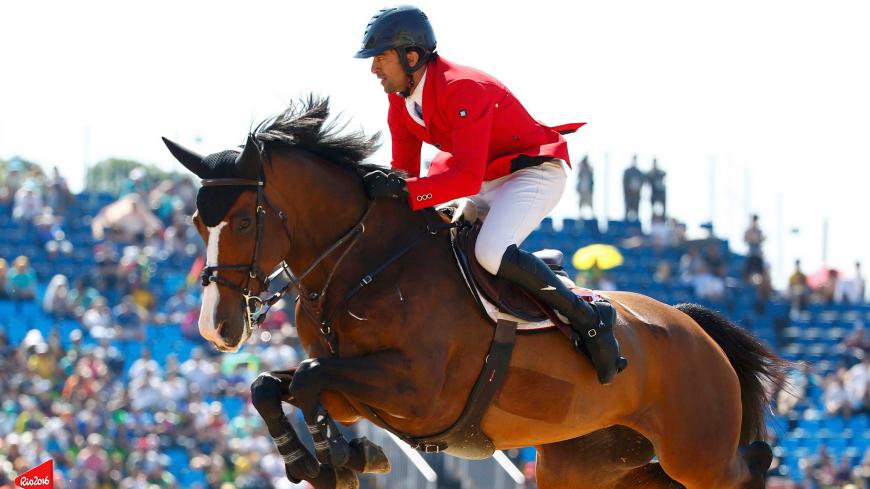 CAIRO — Egypt is overcoming the harm from numerous nations' longstanding bans on its horses and is once again turning into a major area for investment in purebred Arabian horses.

The Egyptian Ministry of Agriculture announced Sept. 6 that Jordan has become the most recent country to lift its ban. That announcement comes a year after Egypt resumed horse exports to the European Union, shipping eight horses Aug. 7, 2017. The EU had imposed a ban in 2010 on Egyptian horse imports after a medical committee affiliated with the EU found that Egyptian horses are vaccinated against the West Nile virus. The discovery raised concerns about how widespread the disease might be in Egypt. The results also pushed Gulf Cooperation Council (GCC) countries and some other Arab nations, such as Jordan, to ban Egyptian horse imports.

In 2015, Egypt submitted a report to the EU saying samples had been taken from all horse breeds in all Egyptian provinces to make sure they didn't suffer from any dangerous diseases. All results confirmed the horses weren't infected with the West Nile virus. In 2016, the EU reversed its decision, and Egypt’s exports to the EU resumed in 2017.

The Egyptian government is working to turn the country into an international arena for investment in horses.

In January, Egypt adopted a new system to regulate horse exports. Under this system, horses are required to have passports to be transported from a breeding farm to a veterinarian facility for 90 days of observation and testing before they're then transported to Cairo airport. The horses are required to be insured and have medical certificates proving they are not infected by any diseases.

Egypt’s efforts in promoting horse exports come at a time of repeated complaints from horse breeders and owners of horse farms about governmental obstructions to the equine industry in Egypt. These obstructions include limits on exports and the lack of a proper veterinary clinic with high-quality services dedicated to horses, despite the high number of horse farms in Egypt.

Said Sharbash, an expert on horses who owns a horse farm, told Al-Monitor, “Horse farms are currently packed, and sales are slow.”

Some nations, such as the GCC countries, still refuse to import horses from Egypt. Cairo is negotiating with the GCC to reverse its decision.

Sharbash noted that only 56 horses had been exported since the EU's ban was lifted, compared with 240 horses in September 2006. “There is still stagnation in the export movement of Egyptian horses despite the lifting of the ban. The Egyptian government has to find other mechanisms to restore the number of horses that are exported from Egypt to the world," he added.

Meanwhile, 11 horses have been approved to be exported to Jordan next month.

Sharbash said there is only one office in Egypt responsible for registering and numbering Arabian horses in Egypt: El Zahraa horse farm.

He held the Egyptian government accountable for the ban on horse exports in 2010, as it failed to raise awareness about the list of approved vaccines. As a result, horse breeders used vaccines for diseases that did not even exist in Egyptian horses. The EU became suspicious, fearing these diseases were prevalent in the country, after antibodies for them appeared in test results.

In 2011, the Egyptian government banned any unregistered vaccines and vaccines for diseases that hadn't been documented in the country.

Egypt has more than 640 horse farms and more than 10,000 Arabian horses, and the Egyptian Agricultural Authority oversees them through El Zahraa.

The station registers and marks all Egyptian horses with a permanent stamp. El Zahraa is a genetic bank for the horses, designed to protect them from extinction. Arab princes and people from around the world visit it to buy pure Arabian horses.

Sami Taha, former head of the Egyptian Veterinarians Syndicate, told Al-Monitor that the 2010 ban resulted from using vaccines for horses indiscriminately. This does not diminish the reputation of Arabian horses being among the best in the world.

Omar Sakr, one of the most famous Egyptian Arabian horse breeders and head of the board of trustees of the Pyramids Society, told Al-Monitor, “Egypt is the world’s hub of purebred Arabian horses, and horse breeding is not an investment as much as it is an art.” He noted that the Egyptian government is trying to attract horse lovers and breeders from across the world and perhaps even to develop tourism around the industry.

Sakr added that this goal should have been achieved through construction of the Egyptian Equestrian Center, or Marabet, which still hasn't materialized. Studies conducted about the project's feasibility were concluded just before the outbreak of the January 25 Revolution in 2011. The government of the ruling National Party under former Egyptian President Hosni Mubarak prepared the outline for the project and estimated in January 2011 that it would cost 5.4 billion Egyptian pounds ($1 billion, according to the exchange rate at the time).

The project, which has been revisited by successive Egyptian governments since the departure of the Mubarak regime in 2011, consists of a plan to build an international facility for certifying horse breeds and pedigrees, and the establishment of a technical school for graduating trainers and horse breeders. The project would also feature an equestrian training academy to raise awareness of Egypt's horse industry, starting from the horseshoe to the saddle, as well as the establishment of an international hospital for equine treatment, hotels to provide services during international festivals and a facility to produce biofuel from horse manure.

He added, “The Marabet project has not yet seen the light of day for reasons I don't know. However, if it doesn't go through under the helm of current Prime Minister Mostafa Madbouly, who was a member of the project study committee since its onset, all hope of achieving it will be lost.”

In 1970, Egypt participated, along with the United Kingdom, France, Germany and the United States, in establishing the World Arabian Horse Organization. It has members in 82 countries, and the organization is responsible for registering Arabian horses in all countries. Egypt is known for holding horse festivals, races and auctions because it has the strongest and most expensive horse breeds in the world.

A prominent source at the Ministry of Agriculture in Egypt told Al-Monitor on condition of anonymity that a major problem facing the current Egyptian government is its ongoing negotiations with Gulf and Arab countries, notably Kuwait and the UAE, which did not lift the ban on horse imports from Egypt, unlike the EU. He underlined that the minister of agriculture has prioritized bringing Egyptian horses back to the international spotlight.