Can Qatar and Germany save Turkey’s economy?

The Turkish lira was up a few points after Qatar's leaders pledged to help Turkey and German Chancellor Angela Merkel made some positive statements, but will this be enough to get Turkey through its currency crisis? 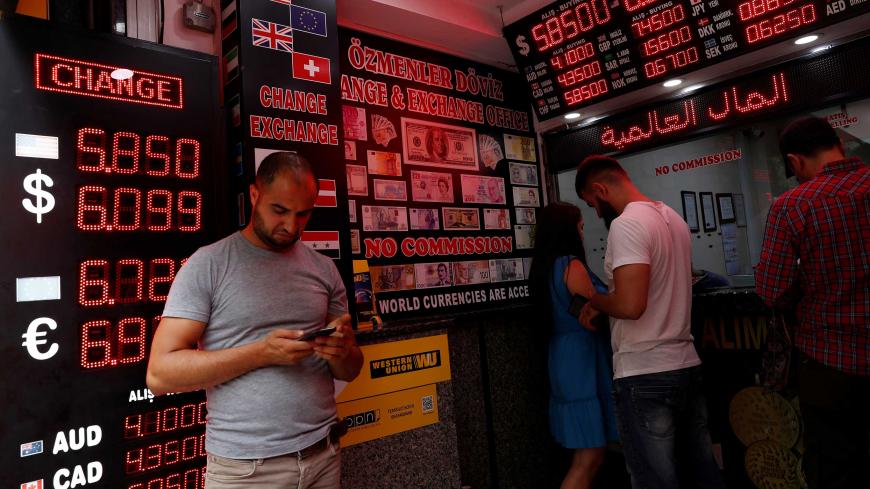 After the Qatari pledge, the Turkish lira was up a few points following one of the worst currency crises to hit the Turkish economy. It appears that rushing to Qatar’s help following its conflict with Saudi Arabia, the United Arab Emirates and Egypt paid off for Erdogan. Since last year’s Gulf crisis, the two countries have gradually strengthened their cooperation.

Erdogan is trying to shore up support wherever he can in his spat with President Donald Trump since tensions between Ankara and Washington have exacerbated Turkey’s financial bottleneck. However, many experts think the current currency crisis is a homemade problem and that Erdogan himself is to blame more than anybody else because of his erratic economic policies.

“Angela Merkel is reminding Turkish President Recep Tayyip Erdogan that he has a potential ally in Berlin, offering Germany’s credibility to avert a spillover of economic turmoil. As Erdogan seeks to shield Turkey’s economy from a feud with President Donald Trump, he and the German chancellor spoke by phone on Wednesday to arrange a meeting of both countries’ finance ministers. … Germany wants Turkey to avoid a financial meltdown and can’t allow the country to descend into chaos, according to a person familiar with Merkel’s thinking who asked not to be identified,” Bloomberg also reported.

Although Germany is not offering any aid, “No one has an interest in the economic destabilization of Turkey,” Merkel said in Berlin earlier this week. Erdogan is expected to pay a state visit to Germany on Sept. 28, which is interpreted as a gesture of German support.

Support from both Germany and Qatar might seem to be a hopeful sign for Turkey’s economy in the short-run, but it may not be enough for the country’s economy to fully recover.

Mohamed El Erian, a renowned international expert on finance and a former deputy director at the International Monetary Fund (IMF), is not very hopeful about Qatari aid to Turkey.

"The funding from Qatar, assuming it materializes fully and in a timely fashion, appears small relative to Turkey’s gross external funding needs. It also doesn’t come with the IMF imprimatur that reassures many investors. And it is far from clear how this money will make its way into the economy to maximize the potential for currency stabilization,” Erian wrote in a recent analysis.

A parallel critical assessment has already come from inside Turkey.

“The $15 billion promised by Qatar of course will not be transplanted into the Turkish economy all at once, and at this juncture, when Turkey has a pressing need for cash, it comes as something more akin to moral support,” Turkish journalist Zulfikar Dogan was quoted as saying by Ahval news website.

“What Turkey needs right now is a source of ready cash. For Qatar, which has an income from oil and gas in the hundreds of billions of dollars and funds valued on the US markets in excess of $200 billion — the majority of these held in US banks — it would be nearly impossible to take sides with Turkey against the United States. That is, even if it had any real desire to back Turkey in the dispute,” Dogan added.

Amid the nationalist frenzy whipped up by Erdogan, he claims that "economic warfare" has been "unleashed against Turkey” by the United States, and he tacitly blames Trump.

When Erdogan called for a boycott of American goods and for replacing iPhones with Samsung phones, iPhones became the new symbol of Turkish anti-Americanism. Videos of cruelty against iPhones replaced videos of burning US dollars.

For those who have knowledge of Turkish history, it might seem an ordinary display of political protest. In 1908, when Bosnia-Herzegovina was annexed by Habsburg-Austria, the Ottoman Turkish citizens had taken off their headwear, called "fez," and smashed them because they were produced in Austria. A boycott was started against Austrian merchandise. Also, when Abdullah Ocalan — leader of Kurdish militant group the Kurdistan Workers Party — had taken refuge in Rome, Italy, in 1999, a spontaneous campaign to boycott Italian-made cars had begun, with images of people crushing their own Alfa-Romeos. Similar images emerged when the French parliament had decided to recognize the 1915 Armenian genocide.

Erdogan successfully redirected the rage of the Turkish public — which could have been aimed at him as consequences of the Turkish lira meltdown and increasing inflation, mostly of his own making — to the United States. He mobilized not only his loyalist followers but also the opposition against Washington’s policy of imposing sanctions on Turkey due to the detention of American pastor Andrew Brunson. A Turkish court on Aug. 17 once again rejected Brunson’s appeal to release.

The meltdown of the Turkish lira gave way to a nationalist mobilization against Washington to defend Turkey’s dignity. With the resistance displayed and thanks to some measures taken by the Central Bank, the Turkish lira rebounded a bit — particularly after Erdogan’s son-in-law and Minister of Treasury and Finance Berat Albayrak told investors that capital control will never be on the government’s agenda.

Some investors evaluated his performance at a conference call for the first time as “decent.” The Turkish lira rose 2.2% to 5.7 per dollar. On Aug. 13, it was 7.23 per dollar.

But some analysts saw him as a little unsure as to whether his statements would be enough to boost the confidence in the Turkish economy; more importantly, the Financial Times — which is mostly seen as a guide for investors — reported that most of what he said was redundant. Investors — in order for their confidence to be reinstilled — would like to see either a rise in interest rates or a signal hinting that the government is considering seeking a bailout from the IMF. But these calls were not heard. Thus, despite the Turkish lira’s rebounding, its rally may be short-lived.

The Financial Times titled its article published Aug. 16 “Investors worry Ankara’s lira intervention is not enough." “For some investors, Mr. Albayrak himself is part of the problem, a sign of what they see as Turkey’s gradual shift away from the more technocratic style of past economic teams and toward a more family oriented form of politics under Mr. Erdogan,” the article read.

The New York Times was also blunt. In an article titled “Turkey’s Crisis Exposes the Perils of Strongman Rule,” the paper compared him with Venezuelan President Nicolas Maduro and Maduro's predecessor, Hugo Chavez. “Turkey’s meltdown, more than just a product of Mr. Erdogan’s power grabs, is a microcosm of the pathologies inherent in his style of governing, and that of other populist strongmen. And it is a reminder that, although their system seems to be rising in the world, it comes with special risks that make it, on average, more likely to collapse,” the report said.

Turkey’s ills, therefore, are obviously structural. Moreover, they are inherent in the one-man rule of governance. It will, thus, be very difficult for Qatar or Germany to provide the necessary medication for its recovery. Despite some respite during the upcoming week of Eid al-Adha, the crisis will resume and perpetuate.