Although Turkey’s dispute with the US administration over American pastor Andrew Brunson has worsened the country’s foreign currency position, the US-Turkish row is not why the lira is melting down. 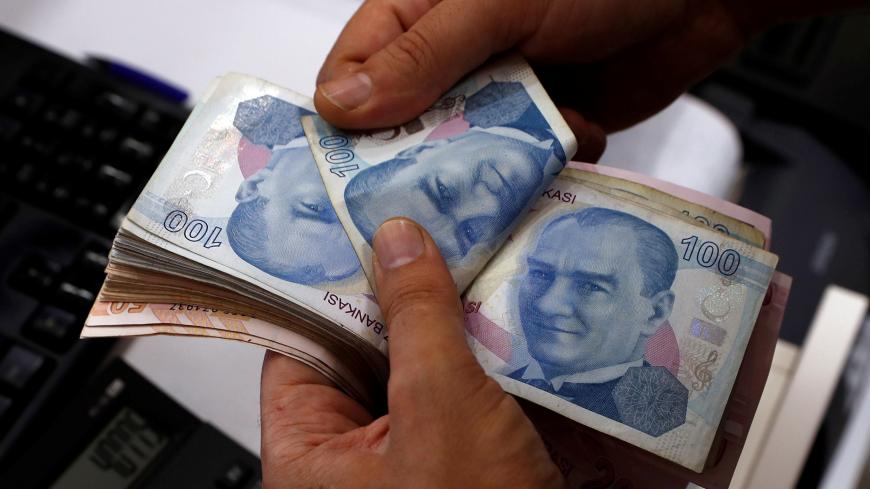 Oblivious to the realities of globalization, the possibility of buying and selling foreign currency online and the fact that financial markets in other time zones continue to operate when Turkish markets close, many Turks on social media expressed curiosity why their money would continue to lose value after 5 p.m. (Each day, anywhere between $3 trillion to $5 trillion worth of currency is exchanged around the world.) Turkey’s pro-government media outlets blamed the “global foreign exchange lobby,” but nobody asked how Turkey’s economy and currency could be so vulnerable to speculators. Afflicted with like-minded conspiracy theories and unwilling to risk the government’s accusations of betrayal, few opposition figures and media outlets were willing to challenge the “foreign lobby” line.

The apparent cause for Turkey’s economic vulnerability is the sanctions that the US government imposed on two Turkish cabinet ministers in the wake of American pastor Andrew Brunson’s continued imprisonment in Turkey. (After being held in pretrial detention since October 2016, a Turkish court placed Brunson under house arrest on July 25.) The Donald Trump administration’s inclusion of Turkey into its trade wars with China and the European Union and Ankara signaling that it will not join Washington’s impending sanctions against Iran make it seem like the Turkish lira’s problems are political.

In fact, the reasons for the Turkish currency’s meltdown are more complicated. At the crux of the problem lie the Turkish government’s habitual interference in the economy and the private sector’s wrong-headed growth strategies. For years, the government extended lucrative guarantees for private companies in a frenzy to build signature development projects — highways, bridges, airports, power plants and residential and commercial buildings.

Given the availability of cheap credit in financial markets after the 2008 global recession and the absence of private savings in Turkey, the government encouraged companies to borrow abroad. And even though interest rates around the world have gone up and the foreign currency supply has tightened, the government of President Recep Tayyip Erdogan continued to boost the economy with massive domestic spending.

Since 2016, Turkey’s annual current account deficit has increased by an average of $12 billion, with the 12-month rolling current account deficit reaching $57 billion in April 2018. The Turkish lira was worth 1.90 to the dollar in August 2013, and Turkey continued borrowing billions of dollars and euros from the world while the value of its own money decreased.

Erdogan and his Justice and Development Party (AKP) came to power in 2002 in the wake of Turkey’s massive economic crisis of February 2001, and his opponents may hope that the next crisis will doom the Turkish president’s political fortunes.

Soner Cagaptay, Beyer Family fellow and director of the Turkish Research Program at the Washington Institute for Near East Policy, does not think so. In an article for the news website Axios, Cagaptay pointed out that “Erdogan’s supporters believe Turkey cannot fulfill its historical mission of making Turkey great and globally restoring the dignity of the [global Muslim community] without him. … If the Turkish economy suffers a meltdown as a result of US sanctions, do not expect Erdogan to be weakened domestically. In fact, his base is likely to band around him even tighter.”

Solving the Brunson issue (which seems will happen only if Turkish courts unconditionally acquit him) might be good for the Turkish economy. Ending the detainment of the US diplomatic missions’ Turkish staff along with dual citizens of the United States and Turkey would be even better.

But resolving these issues will not miraculously ease Turkey’s foreign currency shortages or create tens of billions of dollars and euros out of thin air. Only a return to the sound economic policies that the AKP government pursued in the 2000s will solve the issue. But with Erdogan having come to rely on prestigious public projects to impress his voters, is that even possible?

As the perfect storm approaches and the lira continues to burn, will Ankara continue to fiddle?