A Turkish airstrike has killed a senior leader of the Kurdistan Workers Party in Sinjar, to the dismay of the Iraqi Yazidis the group rescued. 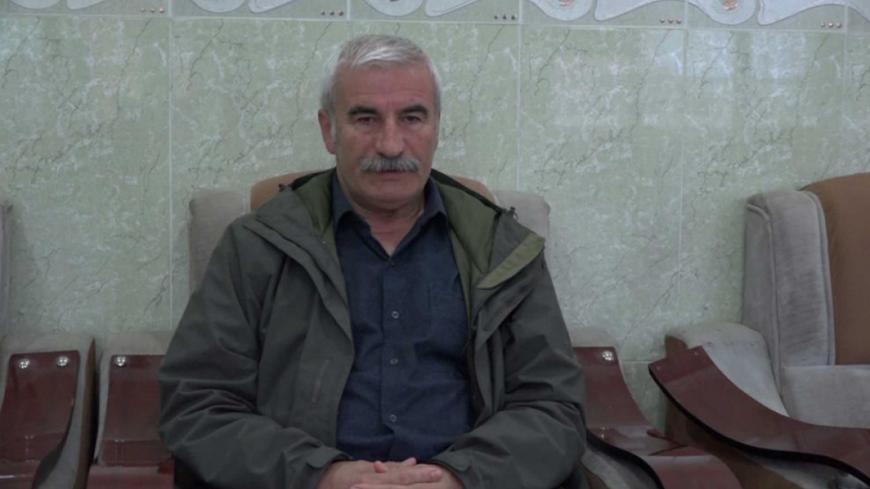 Senior Kurdistan Workers Party figure Zaki Shingal, who was killed in a Turkish airstrike, is seen in an undated picture. - Twitter/@Rojnewsku

Yazidi communal leaders are reacting with anger to the death of a senior figure in the outlawed Kurdistan Workers Party (PKK). He was killed in a Turkish airstrike on Aug. 15, near the town of Kocho in the Yazidi-dominated Sinjar area of Iraq.

Zaki Shingali died when Turkish jets struck the convoy that was carrying him back from a memorial to commemorate one of the most horrendous massacres carried out by the Islamic State (IS) against the beleaguered Yazidis in Kocho on Aug. 15, 2014.

Nadia Murad, a Yazidi activist from Kocho who was held captive by IS and has become the public face of the thousands of Yazidi women who were sexually abused by the jihadis, took to Twitter to air her dismay. “Today is the anniversary of the massacre committed against my village of Kocho. Today Turkey carried out several airstrikes in different locations in Sinjar. Sinjar continues to be a war zone.” Murad asked, “How can Yazidis recover from this genocide or go back home?”

Aug. 15 also marked the 34th anniversary of the launching of the PKK’s armed campaign — initially for Kurdish independence and later autonomy — inside Turkey. The Turkish Armed Forces said it had carried out the operation that “neutralized” Shingali jointly with Turkey’s national spy outfit, the National Intelligence Organization (MIT). The pro-government Turkish media hailed the news. “The PKK’s head has been snapped off,” crowed Star in its front-page headline.

The MIT suffered a terrible humiliation last year when the PKK abducted two of its top officials in Iraqi Kurdistan in a sting operation near the town of Dukhan. The pair are being held along with several Turkish soldiers who have been captured since a two-and-a-half-year cease-fire between Turkey and the PKK collapsed in the summer of 2015.

Shingali, a senior PKK operative whose real name was Ismail Ozden, was born in Turkey, which is home to a shrinking population of Yazidis. When IS raped and slaughtered its way across Sinjar and local Iraqi Kurdish peshmerga forces failed to come to their defense, the PKK veteran is credited with helping to rescue thousands of Yazidis stranded on Mount Sinjar and shepherding them via Syria back to the safe side of the mountain. The PKK’s armed wing, the People's Defense Forces, had maintained a modest presence there while training a local Yazidi militia known as the Sinjar Resistance Units (YBS) to fend for itself. In March, the PKK announced it was withdrawing from Sinjar amid Turkish threats to attack. But Turkey was unswayed because it sees little difference between the PKK and its Yazidi allies. Sinjar is a vital bridgehead between the PKK’s headquarters in the Qandil Mountains and Syria, where its Syrian arm controls a large swath of territory protected by coalition air power.

A spokesman for the US-led coalition said today, “We are aware that Turkish aircraft carried out strikes in the Sinjar area.” The spokesman added in comments carried by The Defense Post, “Turkey alerted the Coalition of their intentions to strike in the Sinjar area, but did not give any further targeting information."

The Kurdistan Communities Union, an umbrella organization for the PKK and its multiple affiliates, confirmed Shingali’s death today. It called Turkey’s actions a “continuation of the Yazidi genocide” and demanded that Iraq close Sinjar’s airspace to Turkish aircraft.

Coming a day after Iraqi Prime Minister Haider al-Abadi met with Turkish President Recep Tayyip Erdogan in Ankara, some speculate the attack took place with Abadi’s blessing. That would be an interesting twist. Baghdad has supported the YBS by paying militants’ salaries to counterbalance not only Iraqi Kurdish influence but also that of Turkish special forces deployed in the region.

Iraqi Kurdish influence over Sinjar has sharply diminished since Iraqi forces pushed back the peshmerga from the so-called disputed territories, including Sinjar, in the wake of the Sept. 25 referendum on Kurdish independence. With the Iraqi Kurds out of the picture, Baghdad may well feel less dependent on the YBS. At a joint news conference with Abadi on Aug. 14, Erdogan signaled a new entente, saying, “We have agreed on full cooperation in the fight against terror. We do not differentiate between terror groups.”

Abadi is believed to be courting Ankara’s support to retain his seat as long-winded talks to set up a new Iraqi government grind on. Turkey is mentoring an Iraqi Sunni alliance led by former Ninevah Governor Athil al-Nujaifi and is believed to also be in contact with Sunni Iraqi business mogul Khamis Khanjar, another influential power broker. Ankara’s top regional ally, Qatar, backs him.

The attack on Sinjar is not a first. Turkish jets struck Mount Sinjar in April 2017, but to little effect. Several peshmerga fighters were wounded and killed. Iraq’s Foreign Ministry had denounced that operation as a violation of the country’s sovereignty. This time, it's radio silence from Baghdad.