After eight days of fighting, the Syrian regime forces, with the help of opposition factions, managed to seize the Suwayda desert following the eviction of the Islamic State organization. 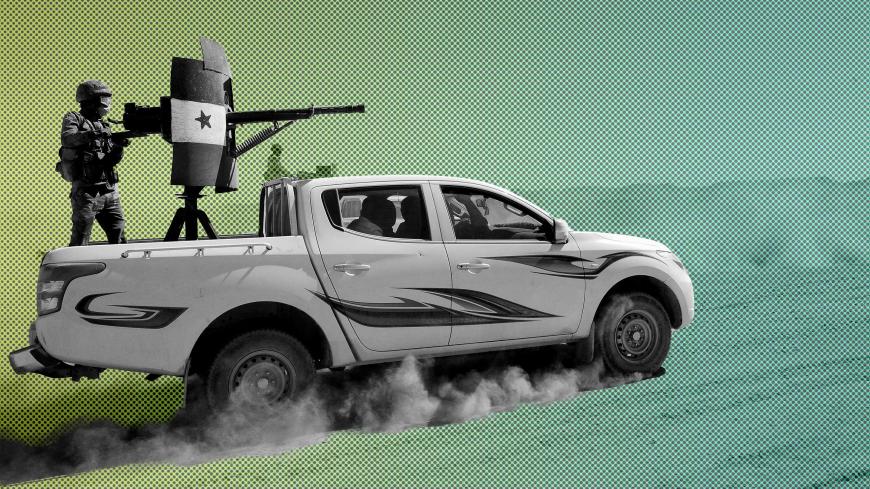 ALEPPO, Syria — Syrian government forces and pro-regime militias seized the desert of Suwayda in southern Syria on Aug. 12 following battles that lasted for eight days against the Islamic State (IS) organization.

Only two days into the start of the military campaign against IS on Aug. 5, the Syrian regime forces started achieving military gains against the militant organization in the Suwayda desert.

The Syrian Observatory for Human Rights said Aug. 7 that the Syrian regime forces have achieved military gains against IS as they progressed and seized the Safa hills in the northeast of the Suwayda desert.

The observatory also reported that 16 IS members were killed during the confrontations with the regime forces and pro-regime militias in the area, while four people from the Syrian Social Nationalist Party were killed following a suicide attack carried out by one of the IS members at a party headquarters in the eastern desert of Suwayda.

Of note, the Syrian Social Nationalist Party is fighting IS alongside the regime through the party's military wing, “Nosoor al-Zawbaa” (Storm Eagles), and has taken part in the battles that raged in southern Syria against IS and Syrian armed opposition factions.

Some of the military opposition factions that used to control Daraa and its countryside, namely the Revolution Army, the military council in Quneitra and the Youth of Sunna Forces, have also taken part in the regime's military operations against IS. Their participation in the battles came as part of a Russia-sponsored reconciliation agreement concluded in July between the Syrian regime forces and these factions. The pro-reconciliation opposition factions joined the battles as they handed over their heavy weapons to the Syrian regime forces in order to support them in their fight against IS. Factions that did not approve of the reconciliation withdrew with their families to the north of Syria.

Omar al-Halabi, a media activist, told Al-Monitor, “Now that the regime has eliminated IS from southern Syria, it has eliminated all of the groups battling it in the area. The Syrian regime has actively sought to extend its full control across southern Syria. This is especially true considering that the regime seized Daraa city in July as well as eastern Ghouta in the countryside of Damascus in April. Also, factions that were affiliated with the Free Syrian Army (FSA) [signed] a reconciliation agreement with the regime forces. While this gave the regime a major push to launch a military campaign aimed at controlling the rest of the areas that are out of its control in southern Syria, this also helped it portray itself as a terrorism fighter. This took place at a time when IS-controlled areas were witnessing civilian bloodletting as a result of the regime’s shelling of areas inhabited by civilians under the pretext of fighting terrorism. However, it is impossible for us, as activists, to document such acts because [they are committed in areas] controlled by an organization that deems all nonmembers as enemies.”

Following the attack on the city of Suwayda and its eastern countryside July 25, IS held 36 people hostage, mostly women and children, from the province of Suwayda. And when the negotiations between the Syrian regime forces and IS faltered Aug. 5, IS executed one of the hostages, a 19-year-old man. IS had asked for the evacuation of its combatants from the Yarmouk Basin in the south of Daraa to the Syrian desert and for hostilities against IS to stop in the area. IS threatened to kill more hostages in the event its demands were not met. The fate of the remaining hostages is yet to be revealed.

On Aug. 13, the Syrian Observatory for Human Rights said that following lengthy negotiations between the two sides for the liberation of hostages, the regime forces started facilitating the passage of IS members from the outskirts of the countryside of Damascus to the Syrian desert near Homs province.​

Yamen al-Khateeb, another media activist, told Al-Monitor, “Since the emergence of IS in Syria, this organization has been a card in the hands of the regime of Bashar al-Assad, one that it uses to achieve political gains. Suwayda was independent from Damascus and has always adopted a neutral stance in the fight between the regime and the opposition, so using the IS card at this particular time started out as a convenient way to tame the province and have it obey the regime.”

Khateeb added, “After taking control of southern Damascus in April, the Assad regime concluded an evacuation deal with IS in the areas that were under its control in southern Damascus. At the time, the regime decided to transfer IS fighters to the desert of Suwayda. In this context, the question arises as to why the regime did not transfer these fighters to the vicinity of Deir ez-Zor instead, knowing that Deir ez-Zor is deemed an IS stronghold. By moving those IS members to the Suwayda desert, the regime managed to hit two birds with one stone. On the one hand, it opened a new battlefront with the FSA factions in Daraa under the pretext of the IS members’ presence in the area. On the other, it worked on achieving its desire of regaining control of Suwayda by frightening its residents and leading them to believe that the regime is there to protect them and confront IS. This was the case when IS launched late last month a first-of-its-kind attack on Suwayda that ended with the killing of more than 200 people.”

Now that the Syrian regime forces have expelled IS from the Suwayda desert, Suwayda has become the sixth Syrian province to fall under the full control of the regime. The IS presence is now confined to some areas in the countryside of Deir Ez-Zor province in northeastern Syria and other areas in the Syrian desert, where IS is fighting battles against the US-backed Syrian Democratic Forces (SDF) on the one hand and the Russia-backed regime forces on the other. This raises the question as to whether IS’ defeat across Syria is drawing near, similar to the organization’s defeat in Iraq.