After a bodybuilder in Gaza City started searching for an affordable protein-rich diet, he found the answer in UNRWA's standard food aid packages. 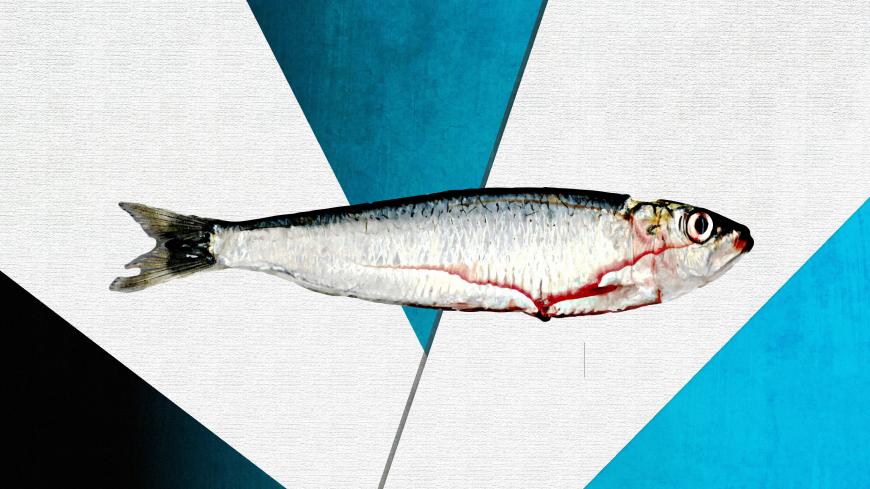 RAFAH, Gaza Strip — Mohammad Zaino, an amateur bodybuilder from Rafah, has found a cheap alternative to the high-protein diet he needed but could hardly afford: the canned sardines the UN Works and Relief Agency for Palestine (UNRWA) distributes as food aid to poor families.

At 1.79 meters (5 feet 10 inches) and 58 kilos (128 pounds), Zaino’s gauntness was often a joke among his friends. So he started bodybuilding two years ago, only to discover that bulking up required a high-protein diet.

Zaino, like other athletes living with Gaza's poverty and soaring unemployment, found it impossible to afford a diet rich in red meat and fish. Then he discovered the protein he needed in the food boxes his family received from UNRWA: sardines.

A hundred grams of minced raw beef contain 17 grams of protein, while 100 grams of sardines contain 25 grams of protein. One kilogram of beef in the Gaza Strip costs around 50 shekels ($14), while UNRWA distributes the canned sardines for free.

Zaino told Al-Monitor, “Faced with the high prices of animal protein-rich foods like fish and red meat and even chicken, I designed my own affordable high-protein diet with sardines. I found what I was looking for in the UNRWA aid of canned sardines. I shared the idea with my friends in the gym, who also adopted it.”

He told Al-Monitor, “I hold a degree in nursing. My training enabled me to develop and use this simple and affordable high-protein diet.”

The canned sardines and time spent in the gym have paid off. Zaino weighs around 80 kilograms (176 pounds) now.

Zaino's friend Mahmoud al-Jazzar told Al-Monitor, “He saved me a lot of money after telling me that canned sardines are a cheap and protein-rich food for bodybuilding.”

Jazzar, a student at the Faculty of Engineering, joined the gym six months ago. He is Zaino’s neighbor in the Rafah refugee camp, one of the oldest and most crowded in the Gaza Strip.

To gather as many sardines as possible, Jazzar and Zaino swap other items in the food boxes such as rice and oil with their neighbors and relatives. They have come up with their own sardine-based recipes. Zaino likes to eat the sardines with rice and Jazzar prefers to eat them with lemon and green pepper.

Mahmoud al-Sheikh Ali, a nutritionist and the head of Ibn al-Nafees Center in Gaza City, told Al-Monitor, "Canned sardines are a good source of protein for bodybuilding athletes. It has high nutritional value and vitamins, including iron, calcium and iodine."