Iran is extending compulsory military service by three months, but has offered reductions in service time to those with children. 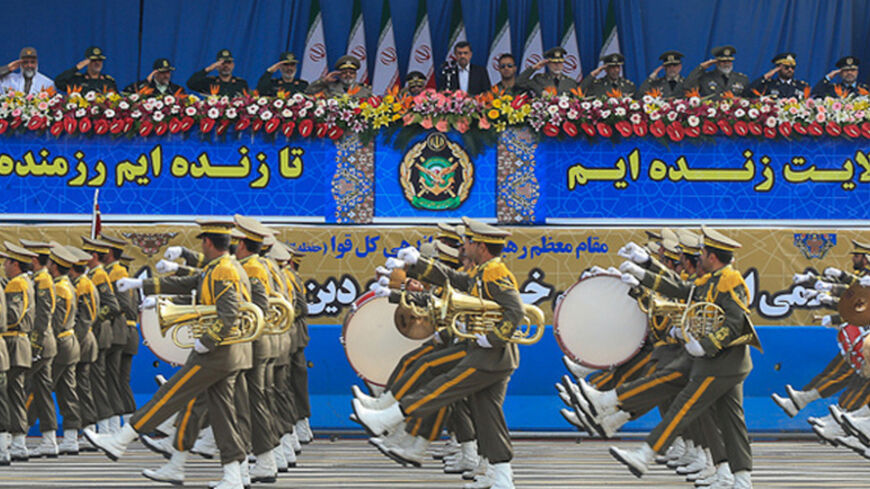 On Sept. 30, Brig. Gen. Moussa Kamali, Iran's chief conscription officer, announced that compulsory military service in Iran will be extended from 21 to 24 months.

Military service has been a point of conflict between the youth and the establishment over the past three decades, ever since the 1979 revolution. All Iranian males are required to report for military service at age 18. However, college students can receive a temporary educational exemption, while others can seek exemption for medical reasons or if they need to care for elderly parents.

According to statistics, each year about 2 million students graduate from universities in Iran. Unless they have obtained a temporary or permanent exemption, they are required to report to a military service center within a year after graduation. Failure to do so results in an additional three to six months of service.

Leaving an academic environment for a military garrison is a point of stress and anxiety for many young students. “I seriously thought I was going to go mad when I heard that they have added three more months to the compulsory service,” said Adel, a graduate student of electronics at the Khajeh Nasir Toosi University of Technology. “If I am supposed to end up in a military garrison, then I should have gone for it after I finished high school when I was 18. The service time was shorter back then. It’s going to be two years of my life!”

In 2009, the army shortened military service to 18 months. Service time was further shortened for men with bachelor's, master's or doctoral degrees to one to three months. In 2012, however, military service was set at 21 months for all citizens. Now, from 2015, it will increase to 24 months.

In 1999, the Iranian parliament passed a proposal allowing Iranian men to pay a fee to exempt themselves from military service. The amount, depending on the applicant’s education level, ranged from 1.3 to 2.5 million tomans ($1,600 to $3,100). The conservative faction criticized this proposal, calling it discriminatory against the less affluent. By the end of the year, the proposal was completely dismissed.

After the West imposed sanctions on Iran, the country’s income level, which mostly comes from the oil industry, radically decreased. As a result, the army's allocated budget has subsequently decreased over the past three years — a reality that has affected soldiers’ salaries and living conditions in the garrisons.

In April, Brig. Gen. Hamid Sadr Sadat, the head of the Military Service Organization, announced, “The proposal that was confirmed by the parliament regarding the increase in the salaries of soldiers is still within the agenda of the organization.”

Yet, last October, Tehran member of parliament and former Sepah commander Esmaeil Kowsari told Tasnim News that there was no budget allocated for this issue.

According to officials in the Military Service Organization, soldiers’ salaries range from 100,000 to 110,000 tomans per month ($30 to $35). Aside from this, soldiers do not have suitable living standards.

Alireza completed his military service after receiving his doctorate in pharmaceuticals. He talked to Al-Monitor about his two-month training program in a military garrison in Tehran, saying that the soldiers faced malnutrition. “Vegetables, fruit, dairy products and other sources of calcium and vitamins were nonexistent. The quality of food was disastrous, but this was not the only problem. The other problem was the quantity of rice and meat. For example, they would put only 20 grams of meat in a stew. Everyone was constantly hungry.”

In February 2014, Esmaeil Ahmadi Moghaddam, head of the Law Enforcement Forces, confirmed that soldiers faced malnutrition, saying, “Our low budget is preventing us from distributing protein-rich and vitamin-rich foods among the soldiers.”

A member of the Islamic Iran Participation Front (Mosharekat) told Al-Monitor, on the condition of anonymity, “This compulsory service is partly about expanding the policy of force and control. It is similar to the mandatory hijab. The establishment wants to keep its authority over the country’s youth. When highly educated young men spend a lot of time in the military garrisons, their mental and physical health declines. It is hard to understand why a government would do this to its own human and social capital.”

He added, “What I don’t understand, however, is why they are increasing the duration of the compulsory service given our current situation and the economic crisis. When we don’t have a [sufficient] budget for the armed forces, why are we adding three more months to the compulsory military service?”

Some believe the service-extension decision was made in relation to the Iranian government’s recent policy of encouraging parents to have more children.

During Brig. Gen. Kamali's Sept. 30 announcement regarding the new law, he said, “Married soldiers will have their service time shortened by three months. Also, for each child, another three months is subtracted. In other words, if a soldier is married and has one child, his service time will be shortened by six months.”

A military official working in the Military Service Organization in Tehran told Al-Monitor, “We couldn’t really figure out why they added three more months to the compulsory service, unless it really is about encouraging young people to have children.”

The official believes it could also be related to the rise in unemployment and the current economic decline. “Well, this way, each of these young men have to spend three more months in the garrison, which is better than staying home and being unemployed.”