Arab bloc could get out Palestinian vote in Jerusalem municipal elections

Jerusalem's Ramadan Dabash is encouraging Palestinians to unite in an Arab voting bloc for the upcoming municipal election despite a fatwa against them participating. 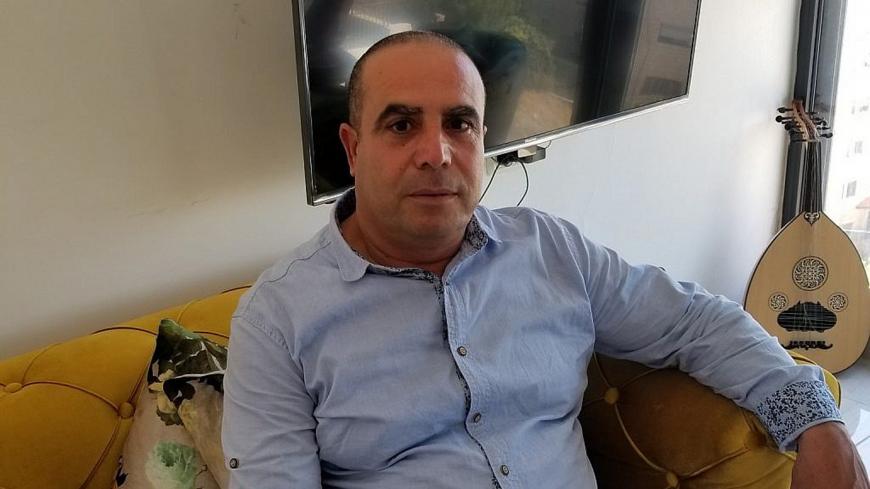 Ramadan Dabash, who is set to run in the upcoming Jerusalem municipal elections. Posted Aug. 2, 2018. - Twitter/@JComm_BlogFeeds

GAZA CITY, Gaza Strip — Civil engineer Ramadan Dabash, from the village of Sur Baher in the southern outskirts of East Jerusalem, is trying to form an Arab electoral bloc to compete against Jewish blocs in the upcoming Jerusalem municipal election in October. Dabash lectures on engineering at several Israeli universities and holds a leadership position in Sur Baher.

Dabash is encouraging Palestinian residents of Jerusalem to vote for his bloc despite formal and religious Palestinian calls to boycott the election. On July 30, the Supreme Fatwa Council in Palestine forbade Palestinians from participating, as it could be considered recognition of the legitimacy of Israel's occupation of the city.

An Arab municipal body called the Council of the Jerusalem Secretariat once ran East Jerusalem's affairs. But after Israel occupied the city in 1967, the Israelis dissolved the council and integrated East Jerusalem into the jurisdiction of the Israeli municipality to the west.

Since then, the great majority of Palestinian Jerusalemites have boycotted the elections, which are held every five years, though Israel has granted them the right to vote and stand for office. Over th years, some Palestinians have attempted to run but withdrew due to Palestinian public pressure. If Dabash doesn't withdraw from the contest, his will be the first Palestinian bloc to compete since 1967.

Dabash told Al-Monitor his bloc, which he calls “Jerusalem for Jerusalemites,” includes 22 Palestinians living in East Jerusalem. Some of them are dignitaries from Palestinian tribes.

Palestinians, both Muslims and Christians in the eastern and western parts of Jerusalem, make up 37.4% of the population, while Jews make up 62.6%, according to the annual Jerusalem Book issued in 2017 by the Jerusalem Institute for Policy Research.

Dabash said his bloc wants to provide services to improve the living conditions of Palestinian Jerusalemites in terms of housing, education, health, infrastructure and hygiene, “in light of the failure of the Israeli municipality of Jerusalem to provide proper services for us.”

Mohammed Hussein, head of the Supreme Fatwa Council, told Al-Monitor, "The decision to boycott the municipal election in Jerusalem was made on the very first day of the occupation of this city in 1967." He pointed out that the fatwa was based on UN Security Council Resolution 465 of 1980, which reads, “All measures taken by Israel to change the physical character, demographic composition, institutional structure or status of the Palestinian and other Arab territories occupied since 1967, including Jerusalem or any part thereof, have no legal validity.”

Hasan Khater is director of the International Jerusalem Center. He told Al-Monitor, “The majority of Palestinians are against participating in the Jerusalem municipal elections because it constitutes recognition of Israeli sovereignty over the city, not to mention that the results are predetermined for the Jews because of their demographic superiority.”

According to Khater, Israel has made many changes to East Jerusalem to achieve that demographic advantage. It established 14 Jewish settlements inside the area and since 1967 has annexed 72,000 dunams (17,791 acres) of the West Bank to build new neighborhoods and integrate them within Jerusalem's municipal boundaries.

Ziad Hamouri, director of the Jerusalem Center for Social and Economic Rights, told Al-Monitor, “There is Palestinian consensus on boycotting Jerusalem’s municipal election because the issue is not about municipal services, but rather a national and political issue stemming from the insistence of [Palestinian] Jerusalemites not to grant the occupation any legitimacy.”

He added, “However, dozens of them ignore that consensus and vote every year due to several factors, the most important of which is the absence of the Palestinian Authority's role in supporting Jerusalemites. In addition, some Israeli employers promise their Palestinian employees more money if they vote in favor of the Jewish parties they support.”

Hamouri noted, “Even if any Arab member wins a seat at the municipal council of Jerusalem, their vote will have no value since [that person] would be the minority. Meanwhile, Israel will use this participation to promote [those Arabs'] recognition of Israeli sovereignty over Jerusalem.”

On the other hand, Dabash added, “Boycotting the municipal election in Jerusalem adversely affected the level of services provided to Jerusalemites, because there is no Arab municipal council to defend our rights." East Jerusalemites pay 350 million shekels ($97.2 million) a year in taxes to the Jerusalem municipality but do not receive the same services as Israelis in West Jerusalem, he noted.

Dabash explained, “There are no construction projects for East Jerusalemites or even planning for residential neighborhoods, making it difficult to obtain building permits. To make matters worse, the Jerusalem municipality demolishes dozens of Palestinian homes every year and no opposition has yet been formed to object to such actions.”

According to a report published in March by the Land Research Center in Jerusalem, the Israeli occupation has demolished 5,000 Palestinian homes in Jerusalem since 1967 for lack of permits. The demolitions of 1,200 homes between 2000 and 2017 displaced about 10,000 Palestinians.

Dabash pointed out poor health services and a severe shortage of classrooms for Palestinian students, forcing many students to drop out of school.

“I intend to organize awareness campaigns in our Arab constituency among Jerusalemites to increase this percentage, and I think [the effort] will make progress before elections are held.”

Despite the many claims to the contrary, Haaretz reported in February that a Hebrew University-commissioned poll conducted in January showed 58% of Palestinians in East Jerusalem support Palestinians voting in municipal elections, while only 13%-14% oppose the idea. Still, less than 1% of Palestinians voted in the 2013 election.