The Donald Trump administration’s sweeping cuts are sparking concern even among Israel advocates. 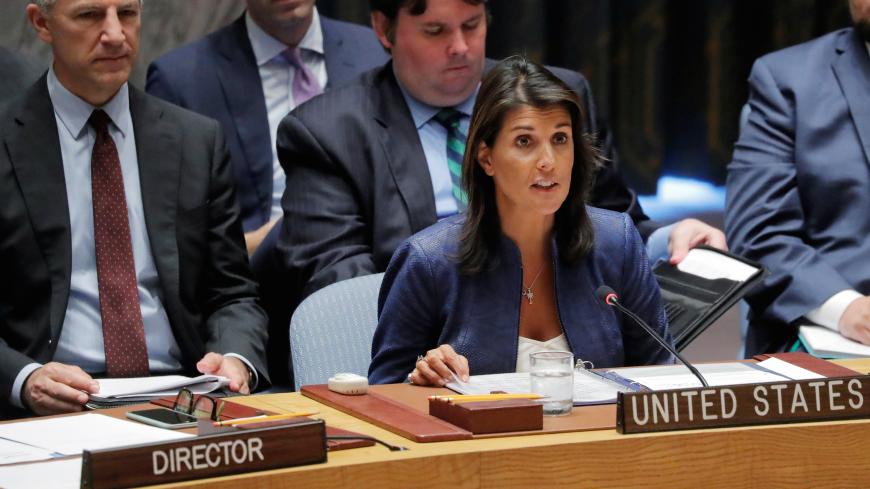 After slashing economic and humanitarian aid to Palestine, the Donald Trump administration is now reportedly considering narrowing the definition of who qualifies as a Palestinian refugee. The US hard line is sparking worries of a backlash even among some of Israel’s staunchest supporters.

Foreign Policy reported today that Trump has decided to end $350 million in annual funding to the UN Relief and Works Agency for Palestine Refugees, or UNRWA. The report comes after the State Department anonymously announced Friday that the United States “will redirect more than $200 million” in economic aid away from the West Bank and Hamas-controlled Gaza following a monthslong review of Palestinian aid.

Now even pro-Israel champions in the United States and the Israeli defense establishment are raising concerns.

“UNRWA needs to be reformed,” Sen. James Lankford, R-Okla., who serves on the Senate foreign aid panel, told Al-Monitor. “Cutting off aid is also not the solution. There’s something in between that.”

Other lawmakers raised concerns that the cuts could worsen the humanitarian situation in the Gaza Strip as Israel seeks to reach an Egyptian-brokered cease-fire with Hamas.

“We have to be a little careful,” Senate Foreign Relations Committee Chairman Bob Corker, R-Tenn., told Al-Monitor. “I’m not in any way criticizing what [the Trump administration is] doing, but we have to be a little bit careful in not emboldening Israel too much as it relates to Gaza.”

The Israeli military killed more than 160 Palestinians protesting at the Gaza border fence and injured thousands more over the past several months, sparking global condemnation. Israel says it showed restraint in preventing would-be assailants from forcing their way into the country.

Sen. Jeanne Shaheen, D-N.H., who sits on both the Foreign Relations Committee and foreign aid spending panel, told Al-Monitor that the aid cuts “will lead to more desperation on the part of those people who live in Gaza and have the potential to produce further violence.”

Dylan Williams, the senior vice president of government affairs for J Street, a lobbying group supportive of a two-state solution, said the cuts would have a “devastating impact on innocent women, children and families” as they include cuts to programs providing food assistance, clinical breast treatment and youth engagement “intended to stem radicalization.”

Former Israel Defense Forces spokesman Peter Lerner raised similar concerns, arguing that the US aid cuts and potential new UNRWA policy “will only empower the radicals” in a Sunday op-ed in the Israeli daily Haaretz. And while Prime Minister Benjamin Netanyahu supports abolishing UNRWA, Israeli defense officials have reportedly warned that cutting its budget could strengthen the hand of Hamas.

The Trump aid cuts appear to be aimed at forcing the Palestinians back to the table after they walked away following the Trump administration’s decision to recognize Jerusalem as the capital of Israel. The Palestinians insist the gambit will fail.

“Weaponizing humanitarian and developmental aid as political blackmail does not work,” Husam Zomlot, the PLO’s envoy to Washington, said in a statement Friday.

Despite requesting $215 million in economic assistance for Palestine in its 2019 budget request, the State Department has only spent $61 million in security assistance in the West Bank and Gaza this year and contributed another $60 million to UNRWA, a nearly $300 million shortfall over last year. While UNRWA has partially offset the US cut with $238 million in contributions from other countries, it is still struggling to fill a $200 million budget gap to keep its schools open past September.

UNRWA is currently tasked with providing food, shelter and education for some 5 million refugees in the West Bank, Gaza, Jordan, Syria and Lebanon. However, a May report from the Congressional Research Service notes that the Trump administration has placed “a geographical limitation” on its UNRWA contribution for the first time, barring it from use in Syria and Lebanon.

The Trump administration is also expected to soon announce a new policy narrowing the scope of Palestinians it considers to be refugees so that only 500,000 Palestinians qualify, according to Israel’s Channel 2. In remarks at the hawkish Foundation for Defense of Democracies today, UN Ambassador Nikki Haley said the Trump administration seeks to change the discourse over the “right of return” for Palestinian refugees and prompt reforms at UNRWA.

The agency has long drawn the ire of Capitol Hill and has been a frequent legislative target of pro-Israel lawmakers, who argue that it has been co-opted by Hamas and gives Palestinians special treatment by designating descendants of people displaced seven decades ago as refugees. But UNRWA Commissioner-General Pierre Krahenbuhl calls this a “misrepresentation,” noting that the UN applies the same methodology to protracted refugee crises in places like Afghanistan, Angola, Burma, Burundi and Sudan.

J Street’s Williams added that the administration is “undermining the will of Congress” by unilaterally cutting aid without justifying its decision. And even staffers who worked on legislation requiring a reduction in economic aid until the Palestinian Authority ends its stipend program for assailants who have attacked Israelis raised concerns.

“The clear intent of Congress was to protect the humanitarian aid,” a congressional aide told Al-Monitor.