Why Israel’s Nationality Law could be good for Palestinians

The recently adopted Nationality Law could actually help Palestinians in a way, as they might not need to specifically recognize Israel as the homeland of the Jews as part of peace negotiations. 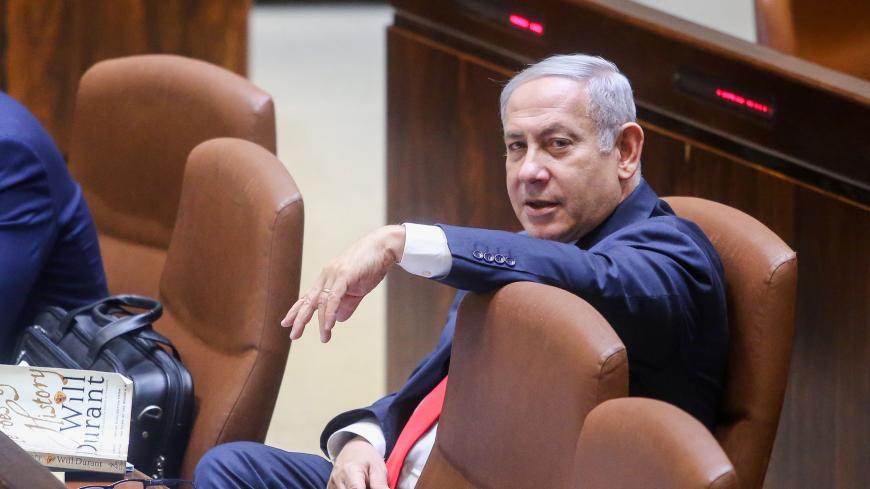 In fact, surely unintentionally, Netanyahu extracted Palestinian President Mahmoud Abbas from a trap Netanyahu himself laid for the Palestinian leadership. The new Nationality Law, anchoring the Jewish character of the State of Israel, was championed by Netanyahu to please his right-wing camp. But looking into it closely, one can realize that it opens an escape hatch for the Palestinians from Netanyahu’s incessant demand for them to recognize Israel as the nation-state of the Jewish people as a precondition for any Israeli-Palestinian agreement ending their conflict. All that is left for Abbas to do now is to reiterate what he already said in 2009. At a public April 2009 speech in Ramallah, Abbas said it was not his job to supply the definition of the State of Israel. “Call yourselves the Hebrew Socialist Republic,” he said at the time, “it’s none of my business.”

In private conferences, such as the one held in June 2010 by the Daniel Abraham Center for Middle East Peace, Abbas has clearly recognized the linkage between the Jews and the State of Israel. He said, “Nobody denies the Jewish history in the Middle East." Tal Becker, a senior adviser to Tzipi Livni when she was foreign minister and a member of an Israeli delegation involved in negotiations with the Palestinians, recorded Abbas’ words then, and the Palestinian leader's statement, “Nobody from our side at least denies that the Jews were in Palestine, were in the Middle East.”

In an interview with PLO founder Yasser Arafat that I conducted in June 2004 along with Haaretz Editor-in-Chief David Landau (who died in 2015), we asked Arafat specifically whether he understood that “Israel must continue to be a Jewish state.”

“Definitely," he answered, adding that the Palestinians had “accepted that openly and officially in 1988 at our Palestine National Council.”

Indeed, in the PLO’s 1988 declaration of independence in Algiers, it recognized Israel’s right to self-determination. Arafat and current PLO leader Abbas have made clear on a number of occasions that they recognize Israel’s right to exist in peace and security and that its definition as a Jewish state is an internal state matter. On several occasions, Palestinian senior officials asked me: "Why do you demand that we recognize Israel as the homeland of the Jews, while your own parliament never anchored that in the law?" But now, with the Knesset anchoring this definition in the form of a basic law, all that is left for the Palestinians is to simply recognize the State of Israel. This they already fulfilled long ago.

This diplomatic twist of events is one side of the story. The other side is the image of Israel. The exclusion of the Arab minority and of members of the Druze community from the Israeli collective distance them from their Israeli identity. The Nationality Law brings them closer to Palestinian residents of the West Bank, the Gaza Strip and East Jerusalem. From the very moment the Knesset adopted the law, both these communities turned into second-class citizens. More than 50 years of occupation of Palestinian territory have not divided Israeli society the way the legislation risks doing. Overnight, Israeli Druze soldiers and Circassian police officers, who take part in the dirty work of the Shin Bet security agency and the humiliation of Palestinians at army roadblocks, have been ostracized. As Israeli-Arab retired Supreme Court Justice Salim Joubran put it, “We have been turned into a subgroup.”

For years, the Palestinians and opponents of Zionism have claimed that a state that refuses to define itself as a state of all its people is not a democracy. Now they can claim that Israel does not recognize the principle of equality. Even President Reuven Rivlin and 55 Knesset opponents of the law, among them Likud Knesset member Benny Begin, the son of the first Likud prime minister, believe the legislation undermines the delicate balance between the pillars of democracy and Jewish identity. A July 30 Haaretz editorial said the vote on the law drew Israel’s current political fault lines: “The discrimination camp versus the equality camp; the supporters of apartheid against the supporters of democracy."

The 312 words of the controversial Nationality Law,caused more damage to the state that prides itself on being “the only democracy in the Middle East” than all the Palestinian Authority incitement reports, testimony by members of the Israeli anti-occupation Breaking the Silence organization and monitoring by human rights groups such as B’Tselem, Yesh Din and Peace Now put together.

Artists, former senior police and army officers and other Israelis are expected to demonstrate against the law this weekend on the night of Aug. 4 and to call for the law to be replaced by the text of the 1948 Declaration of Independence. The law, designed to strengthen the affinity of diaspora Jewry to the “homeland of the Jewish people,” has had the exact opposite impact. A group of American Jewish organizations, among them those affiliated with mainstream Judaism, issued statements and wrote articles condemning the law and demanding its amendment.

Shortly after the law was approved, PLO Secretary-General Saeb Erekat was quick to convene a joint news conference with Knesset member Yousef Jabareen of the Israeli-Arab Hadash Party. Erekat said the Palestinian leadership would ask the UN General Assembly to take action against Israel. He threatened that the PLO would complain to the International Criminal Court in The Hague and argue that the Nationality Law contravenes the principles of the 1947 UN General Assembly Resolution 181 for the partition of Palestine, according to which the future Jewish state and Palestinian state would establish democratic constitutions, ensuring equality for all their inhabitants.

But instead of reacting sourly, the Palestinians should send Netanyahu and his supporters on the right a bouquet of flowers, thanking Israel for the generous gift that was given to them — both on the diplomatic front and on the propaganda field.