Khamenei says no talks with current US administration 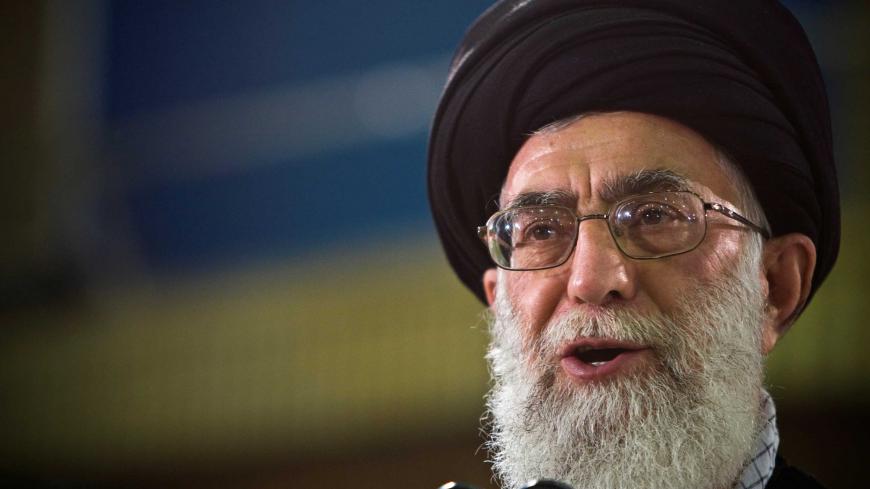 In an Aug. 13 speech, Iranian Supreme Leader Ayatollah Ali Khamenei addressed a wide range of issues pertaining to his country, from the economic problems and the currency’s collapse to the possibility of negotiations with the United States and a military confrontation between the two countries.

“There will be no war because just like before, we will not begin war,” said Khamenei. “And the Americans will not attack because they know 100% it will be to their detriment. The Islamic Republic has proven that any invader will be dealt a bigger strike.”

On the contradictory statements by President Donald Trump, who said the United States would be willing to talk with Iran without preconditions, and by Secretary of State Mike Pompeo, who later walked backed the president's position, Khamenei said, “This issue for them is a game, a cliche, and politically worthless. One person says no preconditions, another person sets preconditions.”

Khamenei continued, “Contrary to the opinion of some domestically, the request from the Americans to negotiate is not a serious issue, and in the last 40 years has been repeated numerous times and been met with by a negative answer from Iran.” Khamenei referenced the secret 1986 trip to Tehran by President Ronald Reagan’s former national security adviser Robert McFarlane in an effort to begin high-level talks; the attempt wound up being rebuffed.

Khamenei asked, “For what reason should one sit down at the negotiation table with a bullying regime that negotiates like this?”

He said that anyone who negotiates with America will encounter problems unless they align their policies with the United States. He added, however, that even Europe, which is aligned with most US policies, is being bullied by the current US administration.

Khamenei added that Iran would enter negotiations only when it has reached a desirable level of “political, economic, and cultural” strength, but that currently, “negotiations with the US will be detrimental and are forbidden.” He said that if Iran ever negotiates with the United States, it will not be with the current US administration.

On the economic issue, Khamenei said, “People are experiencing livelihood problems today; a certain group of people is truly under pressure. The drop in the value of the national currency is one of the current economic problems. When the price of the rial drops like this, it is the day laborer who has nothing left.”

Khamenei continued, “Economic experts and many officials believe that on this issue the prime agent is not foreign but domestic. Not that sanctions don’t have an impact, but the majority of the impact is [due to] our own performance.”