After several failed presidential bids, Mohammad Bagher Ghalibaf appears to be maneuvering to become the leader of a younger generation of Iranian hard-liners by trumpeting what he calls the 'new conservatism.' 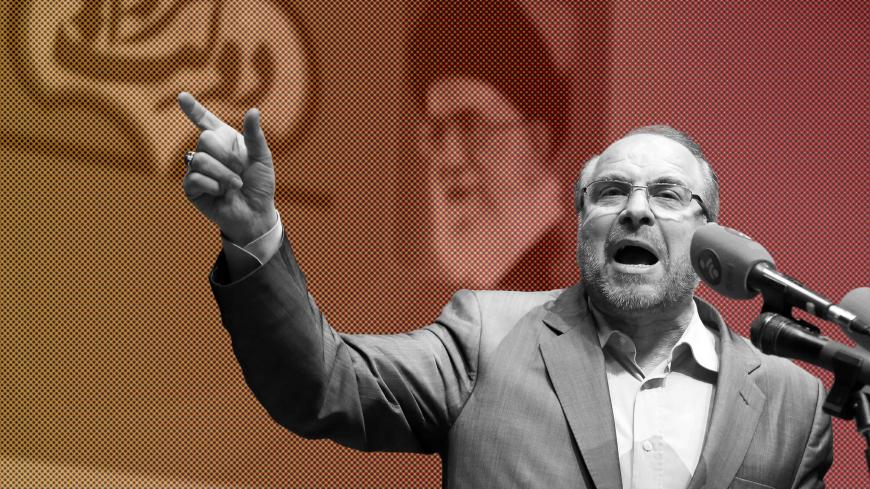 Having tried his luck in several Iranian presidential elections, Mohammad Bagher Ghalibaf appears to have finally abandoned his ambition of securing that position. Instead, he seems to be concentrating on a new goal — leading the new generation of hard-liners. Toward this end, on Aug. 12 Ghalibaf’s entourage released a manifesto laying out their vision of a "new conservatism," with a focus on "returning to the basics of the revolution" and "believing in the people."

Ghalibaf's journey to this point has been circuitous. He served as a military commander during the Iran-Iraq War (1980-88), and in 1997 he became chief commander of the Islamic Revolutionary Guard Corps' (IRGC) air force. From 1997 to 2005, he was among the critics of Reformist President Mohammad Khatami. During that time, in 2000, Iran's supreme leader, Ayatollah Ali Khamenei, appointed him national police chief. While in office, he acted to modernize law enforcement, which to some extent increased his popularity.

With Khatami's tenure coming to an end in 2005, Ghalibaf decided to run to replace him. During the campaign, he presented a new face to the public, depicting himself as a pilot on banners and in other media. Ghalibaf’s decision to craft an image of himself as a moderate and a technocrat was, however, to his detriment, as a number of hard-liners and conservatives branded him a liberal.

Ghalibaf's presidential bid failed, but in 2005 he became mayor of Tehran. He sought to construct a triumphal legacy in the capital, but still failed to squelch the doubts about him in the conservative camp. In the 2009 presidential elections, Ghalibaf, still mayor, was determined to register to run, but Khamenei reportedly asked him to abstain, which he did. At the time, reports emerged that Ghalibaf had provided indirect support for Mir Hossein Mousavi, the Reformist candidate, with some members of his team joining Mousavi's campaign.

Amid the unrest that followed the disputed election results — which handed the incumbent conservative Mahmoud Ahmadinejad a second term — Ghalibaf did not adopt a harsh stance personally or professionally toward the protesters and their leaders, resulting in hard-liners calling him the "silent man of the sedition." This cemented Ghalibaf’s status as an unreliable figure in the view of the conservative camp, and indeed, the last person the hard-liners could count on.

Realizing his weakened position among the hard-liners, Ghalibaf virulently sniped against rival candidate Ali Akbar Hashemi Rafsanjani in the 2013 presidential elections. Conservatives generally reviled the moderate Rafsanjani, himself a two-time president. Ghalibaf espoused conservative slogans and constantly declared "jihadi management" to be his goal. Regardless, his second presidential run ended in another dead end, but it also led to hard-liners regaining some trust in him.

For the 2017 elections, Ghalibaf joined the race while in full compliance with conservative ideals. In previous campaigns, he had always worn luxurious attire, but this time he opted to appear in simple dress, at the time described as emulating the style of the hard-liner Saeed Jalili, who also had unsuccessfully run in the 2013 elections.

The 2017 polls represented a turning point for Ghalibaf, given the hard-liners' decision to reconcile with him after a decade of bitter tensions. To further gain hard-liners' trust, Ghalibaf proved himself to be a loyal member of the camp by agreeing to "sacrifice" himself by withdrawing from the race in favor of the conservative cleric Ebrahim Raisi.

Meanwhile, Raisi's decision not to select Ghalibaf as his running mate upset Ghalibaf supporters, leading to his being depicted as "oppressed" and paving the way for his future plans. Of note, however, many observers believe Ghalibaf did not step aside to aid Raisi, but because he saw support for himself waning in the final weeks of the campaign.

After the May 2017 elections, which resulted in incumbent moderate Hassan Rouhani receiving a second term, Ghalibaf fully returned to the conservative camp, where he came to be an insider. Thus, the stage was set for his new, ambitious plan to become the leader of the emerging generation of conservatives.

A few months after the elections, Ghalibaf seized the opportunity and penned a letter on July 22 to the young hard-liners disappointed by the camp’s constant electoral defeats, stating that he shared their concerns.

As reported July 18 in Al-Monitor, the new generation of hard-liners completely disagrees with the old guard, whom they consider behind the times and useless in terms of tactics and approaches. Some members of the new generation have even accused older peers of “betraying” the Islamic Revolution specifically and conservatism more broadly.

In line with these criticisms, Ghalibaf called for a new conservatism, pointing his finger at the old guard as being responsible for consecutives electoral defeats. "Many of you know the reason of the recent failures of the Principlist current in attracting people's [votes] in elections to be the result of the structural … and functional errors at the macro and micro levels," Ghalibaf wrote in his letter.

Ghalibaf's vision of leadership has also been reflected in Sobh-e No, the newspaper that he controls. In an article published July 23, 2017, the daily focused on the young hard-liners’ questioning of the old guard's views and tactics, such as the Raisi campaign’s attempt to take advantage of a popular rapper, an episode that stunned many conservatives at the time. The article further argued that the new conservatism seeks a return to the main pillars of the conservative approach in politics. Indeed, the young members have repeatedly argued for the need to reform the conservative camp.

Earlier this year, on May 19, Ghalibaf launched a new onslaught against the old guard, asserting, "Veterans of conservatism believe they don’t need to listen [to others]. ... They talk to people with the same tone of 40 years ago." He adopted the position of the younger generation against the Popular Front of Islamic Revolution Forces, the grand coalition of conservatives in the 2017 elections popularly known by its Persian acronym, JAMNA.

Ghalibaf has generated some support by distancing himself from older peers. Mahmoud Qaedi, a young hard-line activist, tweeted in May, "Amid the ruckus over the failed JCPOA [Joint Comprehensive Plan of Action] and the blocking of Telegram [the popular encrypted social media app], Ghalibaf, along with jihadists, is delivering new homes to the quake-stricken people of Kermanshah."

Despite some apparent success in rebranding himself, Ghalibaf still faces a bumpy road ahead. Indeed, as he braces to lead the new generation of hard-liners, he is not without competition. His rivals include Ezzatollah Zarghami, a former head of state television, as well as members of Raisi’s inner circle. Given Ghalibaf's current trajectory, however, it appears he will intensify his efforts to cement his emerging position.