Absent tackling such root issues as banking and financial sector reform, Iran’s political economy is likely to continue to shape government policy to the detriment of the economy and the society as a whole. 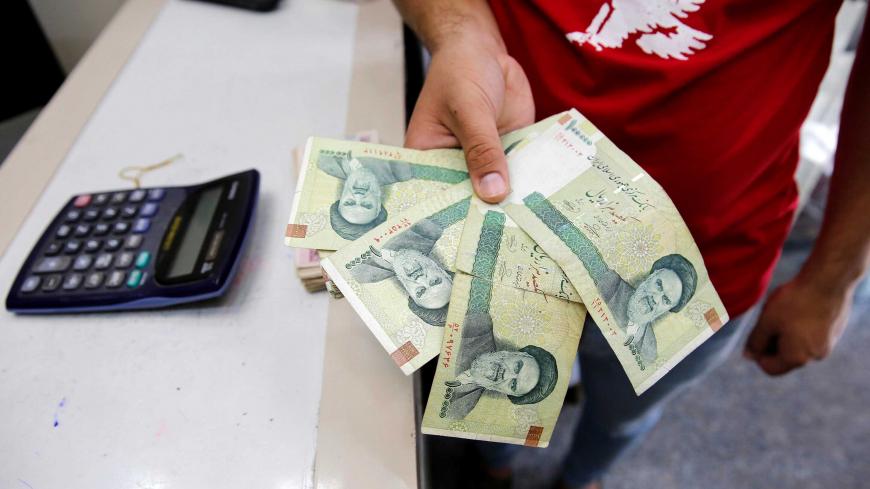 While the Iranian rial has appreciated in recent days, its drop in value of more than 50% since March has undermined the country’s economic well-being and led to popular protests. Some experts have pointed to sanctions, internal mismanagement and political uncertainties as the causes of the massive devaluation. Others have underlined that the huge differential between the official and open market exchange rates allows for corrupt practices centered around state structures. There is, however, another dimension to developments on the foreign exchange market: Iran's political economy. In this regard, one should ask which segments of society lose out and who wins, and what do economic shifts mean for political power in the country?

For the past four decades, the overall pattern of the Islamic Republic’s political economy has focused on shifting wealth and economic assets from society to the state as a whole, in particular to economic interest groups. These shifts have taken place through dispossession and confiscation of the assets of various social groups, waves of privatization in which state assets have mainly been transferred to the semi-state sector, corruption emanating from the two-tiered exchange rate system, massive embezzlement, commoditization of natural resources, sanctions busting, smuggling and financial corruption.

The pattern has remained consistent: Interest groups with access to government licenses have taken advantage of these licenses to enrich themselves and feed corrupt networks, as reported in Al-Monitor. Such behavior is to the the detriment of the public interest. Perhaps the most prominent example in the recent past is the corruption stemming from the widening differential between the official and open market exchange rates. Indeed, the publication of the names of close to 1,500 entities that obtained hard currency at the previous, “unified” rate of 42,000 rials per US dollar after its introduction in April is a poignant case study in how networks with access to power have abused the system. As one parliamentarian has pointed out, only $2.5 billion out of more than $11 billion in hard currency allocated for imports at the unified rate is accounted for in terms of end use. It is unclear what happened to the other $9 billion.

While the foreign exchange differential remains one of the main sources of corruption, the structural deficiencies in the banking sector that facilitate the illegitimate shifting of wealth from the society to special interest groups is another problem. Iran's financial sector has been characterized by extremely high interest rates in the past three decades, in most years hovering around 15-20% for long-term bank deposits. In addition, various types of credit and financial institutions were in the past decade allowed to offer higher rates, which translated into annual interest rates of up to 26%.

This senseless inflation of money supply — in a manner that has not generated economic added value — has exploded liquidity to the extent that in the past Iranian year (ending March 20, 2018), the volume of the money supply was higher than the gross domestic product. Underlining this catastrophic expansion of the money supply, consider that as recent as 2012, the year before President Hassan Rouhani first took office, the money supply's volume was 63% of GDP.

This unsound approach to banking policy has been one of the key structural deficiencies in Iran’s economy, and the Rouhani administration has failed to find appropriate remedies for it. The phenomenon has generated multiple crises. On the one hand, it has led to major financial pressure on the banking sector, pushing a number of banks to the brink of bankruptcy. On the other hand, it has produced quasi-liquidity and in some cases windfalls for those segments of society with disposable income and large bank deposits, namely the upper-middle and upper classes.

In the past two years parallel to efforts by the government and the Central Bank of Iran (CBI) to reform the banking sector, rein in unlicensed financial institutions and reduce interest rates, the problem of bloated liquidity has inched into hard currency and gold as well as periodically into capital markets and properties, when other markets were less promising. In other words, the inflated money supply has created fluctuations in every other market to the detriment of the economy as a whole. This explains why the CBI’s immediate response to the initial crash in the rial’s value in February was to re-introduce bank deposits with a 20% annual interest rate, after having reduced annual bank deposit returns to 15%.

As the past few months have demonstrated, such zigzag policies and the government’s efforts to manage the foreign exchange market have generated further volatilities in the market. The devaluation of the national currency has been a disaster for the economy, and aftershocks can be expected despite efforts by the government to impart some balance.

The losers in the current crisis are society members at large, but especially the lower-income classes; local industry, which needs exchange rate stability for its operations; and most importers, who will lose their domestic markets due to the doubling of the price of their imports. The winners of the rial's depreciation are the exporters, particularly those who have the political power to sell their hard currency revenues on the free market, as well as some of the domestic manufacturers who compete with imported goods.

The banks are both winners and losers. On the one side, most banks have been pushed to the verge of bankruptcy due to imposed high interest rates, but on the other side, some of the hard currency facilities they have extended to domestic industry will now appreciate in value, helping their balance sheets.

As can be gleaned from the above, deciding how to manage the exchange rates in Iran is a complex matter. What Iranian decision-makers need to understand is that the prevalence of stagflation and its concurrence with the devaluation of the national currency have made the lower-income classes poorer and more vulnerable. There is some semblance of an appreciation of this in the government’s announcement that the prices of essential goods will not change until April 2019.

Society at large, however, is at a disadvantage on multiple levels. For example, a recent study shows that property prices in Tehran rose 41% in the past 12 months, meaning that the average urban family will face higher inflation in rental costs compared to previous years.

In the past few days, the government has introduced a new set of foreign exchange policies aimed at introducing more stability to the market. The most important aspect is recognition that the government and the CBI should stop manipulating the open currency market. The re-legalization of the operation of foreign exchange bureaus will also play a constructive role, as there are many groups that do not get currency allocations from the official exchange rate as well as the secondary currency market. That Iran will now have a three-tiered exchange rate system, however, will further feed corrupt networks.

It remains to be seen whether the new policies will generate stability, but there is no doubt that as long as the interests of certain networks and groups are the driving force of economic policies in Iran, society as a whole will continue to lose out and become more vulnerable.