As part of the Palestinian Authority's efforts to end poverty, the Islamic Development Bank has set up an investment fund allowing the new Palestinian People’s Economic Empowerment Institution to have its own budget. 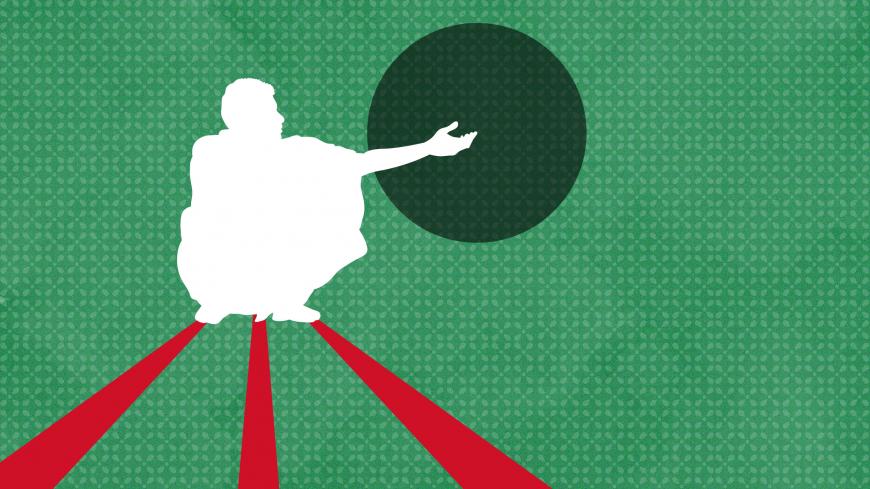 RAMALLAH, West Bank — The Islamic Development Bank (IsDB) has established an investment fund aimed at curbing Palestinian poverty, the bank's governor in Palestine announced this month. The fund will help finance the Palestinian People’s Economic Empowerment Institution. The Palestinian government has given instructions to the Ministry of Social Development to prepare to launch the institution in mid-2019.

The institution will battle poverty in the Gaza Strip and the West Bank, on the basis of the 2017-2022 National Policy Agenda launched on Feb. 22, 2017. Its ultimate goal is to help the Palestinian Authority (PA) wipe out poverty by 2030, in line with a United Nations plan launched in August 2015.

The institution is an extension of the IsDB-funded Deprived Families Economic Empowerment Program (DEEP), which the UN Development Program has been implementing under the PA’s supervision since 2006. The DEEP program seeks to empower marginalized families and teach them to be self-sufficient instead of relying on charities and humanitarian aid.

“The direct financial aid that the ministry provides families with doesn't help them move out of poverty. The institution’s strategy, however, is to help them become productive and manage without the assistance of the Ministry of Social Development," he said. The institute will help groups of poor families and individuals establish companies in partnership with the private sector.

Deek said the institution will have its own budget, supplied by the newly established investment fund. The IsDB is contributing $100 million to the fund and another $400 million is being mobilized through a number of partners and entities. “We will be attracting more funds by addressing donors, be they individuals or companies, from the Arab and Islamic world,” he said.

Nevertheless, will the fund be enough to finance the institution’s programs? Economist Nasr Abdel Karim told Al-Monitor the promised sum exceeds all expectations, which raises questions about the fund. “The declared $500 million is an amount larger than the aid the PA obtains in general," he said.

Abdel Karim noted that the institution's budget is much higher than DEEP's, which hasn't exceeded $100 million in 10 years. This has some people questioning whether there will be an adequate disbursement mechanism.

He went on to caution that expectations should not be too high, as previously when similar amounts have been announced for various projects the sums were not made available. Yet, for him, it is reassuring that the IsDB is credible.

Deek expects the institution to work on many profitable projects to empower the poor, such as helping families acquire skills, integrating them into the labor market at home and abroad, and providing them with business capital.

The poor inside Palestine are the institution’s first target, and priority will be given to areas Israel has targeted with economic restrictions such as Gaza, the Jordan Valley, Jerusalem, the areas adjacent to the settlements and the West Bank wall, farmers, people with disabilities and unemployed youth. It will also work to empower women and the poor abroad, particularly those living in Palestinian refugee camps.

Deek is very confident that the new institution will produce real results and succeed in empowering poor families. “Based on [DEEP's] past experience, investing with the poor is very advantageous, particularly since families with human capital and expertise are a target of ours.”

As an example, he mentioned a company that packages and markets agricultural products. A group of farmers opened the company in Tubas in 2016, in partnership with a Palestinian investment company. The firm has been prosperous.

Nevertheless, can the institution resolve all poverty and unemployment problems in both the Gaza Strip and the West Bank? According to the Palestinian Central Bureau of Statistics, the unemployment rate in those areas amounted to 30.2% in the first quarter of 2018, and the poverty rate was 29.2% in 2017 — nearly one-third of the Palestinian people.

Iyad Riyahi, a researcher at the Social and Economic Policies Monitor (Al-Marsad), stated that the problem with such projects is that they do not obtain their funding from the PA budget, and rather rely on a supply of foreign monies, which is irregular and unstable, even though it is from Arab and Islamic parties.

Riyahi told Al-Monitor that plans to reduce poverty should be a priority for the PA, and should have their own budget. Such programs should focus on the agriculture and education sectors, as well as the young, he added.

Riyahi fears that this institution — similar to others with the same declared objectives — might become a means for financial institutions to profit at the expense of the targeted groups.

Ayman Abdel Majid, a researcher at Birzeit University’s Center for Development Studies — which conducted a study on DEEP — stressed the need for restructuring the Palestinian economy to resolve economic problems.

He told Al-Monitor the approach used in any project designed to curb poverty must take into account the Palestinian political and economic situations, as the Palestinian people and institutions remain under Israeli occupation. This being said, any vision to work with the poor and working class needs to consider the people’s steadfastness and ability to resist, he noted.

“Otherwise, the program would have only a minor impact,” he added. Abdel Majid believes empowerment programs need to promote cooperative economic thinking based on collectivism and the idea of serving the community, which the Palestinian economic system lacks presently.