Amid the ongoing protests in Iraq's southern province of Basra, an old demand for autonomy has re-emerged. 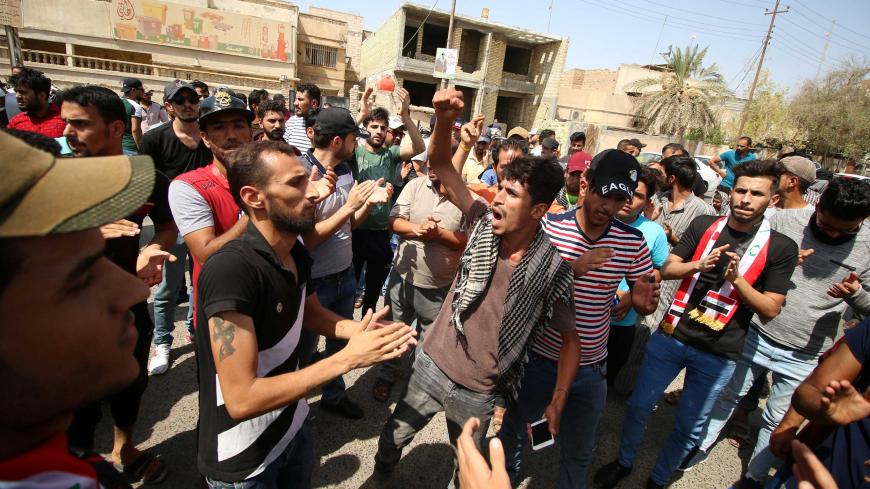 As protests spread in southern Iraq, particularly in Basra, there have been renewed demands for autonomy in the oil-rich governorate. Walid al-Kitan, head of the Basra Provincial Council, announced July 24 that 15 out of 25 members of the local government had signed a petition to establish an independent region of Basra.

However, Tariq Harb, a former adviser of the prime minister, believes that the petition isn't likely to succeed because the council's work ended in in June 2017. New provincial elections have been delayed until December 2018, with Sunni leaders arguing that elections cannot be held until those displaced by conflict have returned to their regions.

The concept of autonomous regions, which have been heavily promoted and politically exploited since 2013, is a thorny issue among Iraqis, many of whom resist the idea of the division of Iraq. However, it may be argued that calls for an autonomous Basra governorate are merely an attempt to pressure the central government to disburse the governorate's budget allocation and provide better services.

Basra is economically the most important province in Iraq, the third largest governorate with a population of more than 1.5 million people, situated between Iran and the Gulf states. The oil-rich governorate contributes a major part of Iraq’s federal budget. In June 2018, the Baghdad-based central government exported 105 million barrels of oil from Basra, which produces 2.8 million barrels on a daily basis. Nevertheless, the governorate's residents do not benefit from its riches.

The resources of Basra are a double-edged sword. Its strategic position is a strength for its residents, should they call for autonomy. The central government, however, will do everything in its power to prevent secession.

To establish an autonomous region, a request to do so must be submitted to the local government and then to the federal government, which would hand it over to the Independent High Electoral Commission. The commission would hold a referendum for the governorate's residents to decide.

The council's petition, coming after its legal term, may be cited as a reason by the federal government to reject the request. If so, Basra will have to wait until the next provincial council elections to submit a new one.

Wael Abdel Latif, Basra's former governor, told Al-Monitor, “Basra’s residents still wish to have an autonomous region, but the federal government will not approve any referendum to this effect.”

Abdel Latif, who was among the first to call for autonomy in 2008, added, “Five referendum requests have been submitted to the federal government since 2008. There are parties in the government that resist this step.”

Basra leaders have been trying to get the Federal Court to consider their request. Former parliament member Mohammed al-Tai filed a complaint at the beginning of July with the Federal Court in an attempt to force the government and the Electoral Commission to approve a referendum on autonomy for the governorate.

Saad al-Hadithi, spokesman for outgoing Prime Minister Haider al-Abadi, hinted that any autonomy request would likely be rejected within the government. In a July 25 press statement, Hadithi said, “The current conditions in Basra require delaying the discussion of an autonomy project.”

When asked for further comment, Hadithi told Al-Monitor, “July 27 has already passed and the government has yet to receive any request from the Basra Provincial Council or any legal representative for it.”

Council member Basma al-Silmi told Al-Monitor, “The people of Basra are calling for an autonomous governorate because of the federal government's neglect. The government has failed to disburse Basra’s budget, amounting to almost $17 billion, not to mention that other governorates are tapping into our resources while we do benefit from them.”

Meanwhile, Telecommunications Minister Hassan al-Rashid, who is from Basra, believes that providing the governorate with services it needs is far more important than autonomy.

People in Basra continue to be divided over the establishment of an autonomous region. Some believe that the government administration ought to be changed before turning it into an independent region. Others warn against a potential armed conflict over Basra’s wealth and resources, should it become an autonomous governorate.

All indications suggest that the dream of autonomy for Basra remains unattainable in light of the government's adamant rejection. Some neighboring countries might also object to a proposal that could encourage their own governorates and provinces to take a similar step.