Turkey's Central Bank has decided to keep interest rates where they are, surprising investors and dashing hopes that Turkish policies might evolve to meet the country's dismal economic reality. 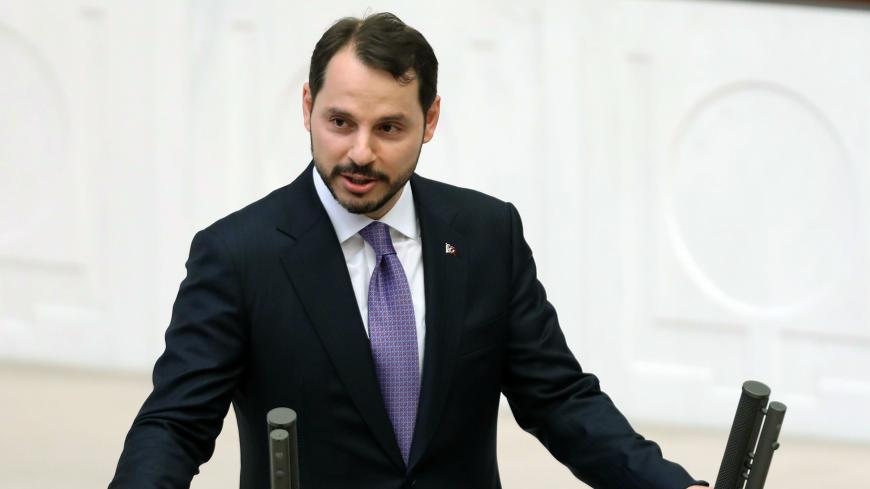 Any illusions that Turkey’s new economy minister, Berat Albayrak, might inject reason into policy were shattered on July 24 when the country’s Central Bank decided to keep interest rates steady, plunging the country’s currency to further lows.

“The president has sacrificed Albayrak. No one will trust Turkey from here on,” tweeted veteran financial analyst Atilla Yesilada. The Turkish lira lost 3% against the dollar following the announcement. “It is clear that the [Central Bank] was instructed by Erdogan and his shadowy team of advisers not to touch the rates,” Yesilada’s PA Intelligence consultancy observed in a research note.

With growing worry about rising inflation and a ballooning current account deficit, the move took investors by surprise. Markets had been expecting a rate increase of about 100-125 basis points, according to a Reuters poll. Albayrak, who is Turkish President Recep Tayyip Erdogan’s son-in-law, had raised hopes of a hike when he told reporters en route to the G-20 summit in Argentina that Turkey “would not fight the markets” and “would be more attractive to foreign investors than ever.”

The Central Bank’s decision is more likely to send them into flight, as it signals that Erdogan, who was re-elected with vastly expanded powers on June 24, will keep a tight grip on the economy along with every other aspect of policymaking. It means that Erdogan will continue to implement his own strategy, which is pinned on the unconventional view that lower interest rates allow for lower inflation and higher growth.

Nora Neuteboom, one of the rare economists who correctly predicted that the Central Bank would not hike rates, explained Erdogan’s thinking. His goal is “to improve the economic position of households,” which she noted can be achieved either by stimulating high growth or lowering inflation, and Erdogan has picked the former.

Neuteboom argued that Erdogan has “succeeded so far” by injecting billions of liras into the economy via the newly established Credit Guarantee Fund. But is it sustainable? The prices of food staples such as tomatoes and onions have risen sharply, hitting the lower income households that remain the backbone of Erdogan’s pious electoral base. And as Neuteboom pointed out, inflation outstrips wage growth. As medium-sized businesses fold under the weight of foreign currency debt, unemployment will rise, adding further pressure.

But Erdogan is a risk taker and so far he has always won, weathering attempted coups, corruption probes and mass protests, bolstering his power along the way. He is now bent on winning nationwide municipal elections that are due to be held in March. Istanbul and Ankara, both fountains of the patronage network greasing Erdogan’s political machine, are key. Thus, he will continue to pump money into the economy while keeping interest rates down.

Turkey’s perennially squabbling opposition will likely help ease his path to victory. The main opposition secular Republican People’s Party is steeped in a leadership struggle — again. Meral Aksener, the leader of the Iyi or Good Party who was touted as a potential rival to Erdogan, has just resigned, throwing the newly formed movement into disarray.

As ever, with the help of pliant media bosses, Erdogan can pin the country’s economic woes on evil Western powers bent on Turkey’s destruction. Recent moves by the US Congress to oppose funding to Turkey from global financial institutions such as the World Bank and block sales of F-35 fighter jets will help bolster this narrative.

Meanwhile, Turkish Foreign Minister Mevlut Cavusoglu has said Ankara will not comply with US sanctions against Iran. Last week, a court in Izmir ruled against freeing North Carolina pastor Andrew Brunson. His plight and Turkey’s decision to pursue the acquisition of Russian S-400 missiles in the face of stiff warnings that they will imperil NATO security are fueling the push for sanctions and driving US-Turkish relations into the ground.

The critical question is, how long and how hard before ordinary citizens feel the pinch and Erdogan’s conspiracy theories begin to ring hollow? What will they do then? A raft of proposed draconian security provisions known as the “anti-terror package” will have been crafted with precisely the latter question in mind.