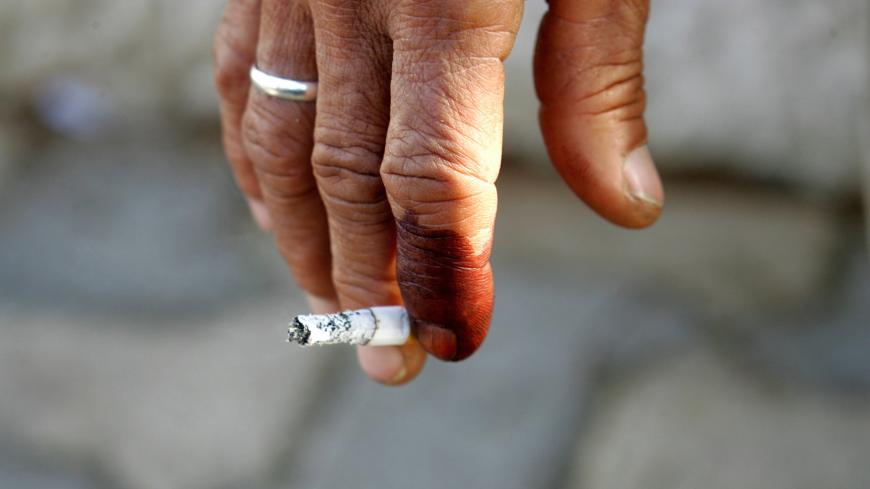 Jordanians are following with great interest the unfolding of what could be the biggest corruption scandal in years. On July 25, the government said 14 individuals were arrested, including the main suspect’s son, while 16 others were still at large. On July 23, government spokesperson Gumana Ghnaimat was quoted by various news agencies as saying that this case might bring down big names, pointing to the possibility that former officials may be involved.

Jordanians were shocked and dismayed over revelations of a corruption case involving senior government officials and agencies that allegedly allowed a local businessman to run a number of unlicensed cigarette manufacturing plants all over the kingdom for over five years without paying customs and income tax. Even worse, it was later revealed the plants had been forging international cigarette brands without permission and selling them in Jordan and abroad.

The case first surfaced when Lower House deputy Musleh al-Tarawneh challenged the government of newly appointed Omar al-Razzaz on July 16 to investigate how what he called “influential parties” had managed to facilitate the operation of a cigarette plant that was forging known brands under the eyes of the authorities and had been active for years.

The case, popularly named the “cigarette scandal,” enraged public opinion and forced Razzaz to form a ministerial committee to follow up on the case and examine all details. The case focused attention on what has become the main issue for Jordanians: public corruption in the kingdom.

Jordanians, always ready to embrace conspiracy theories, were further infuriated when news came out July 18 that a businessman who was allegedly a main suspect in the case, later identified as Awni Mutei', had fled the country one day before a warrant for his and 29 others' arrest was issued.

Many Jordanians headed to social media platforms to claim that Mutei’ had been forewarned and had assistance in leaving the country. Again Jordanians wondered who were the influential parties embedded deep in the state structure who sought to protect the businessman.

Razzaz promised to take on corruption and put his life on the line. He said he had received the green light from King Abdullah to fight corruption. The case was first investigated by the Customs Department prosecutor, but later, on July 24, the government referred it to the State Security Court (SSC) based on the kingdom’s Economic Crimes Law. On July 26, the head of the SSC was said to be considering indicting a number of individuals on offenses that include exposing society’s economic welfare to danger, tax evasion and forging goods, among others.

But the intrigue and mystery continued. A series of coordinated raids that began July 23 by the Customs Department, Public Security Directorate and Anti-Narcotics Department exposed a number of storehouses and additional unlicensed cigarette manufacturing plants across the kingdom.

In a local television interview July 22, Tarawneh claimed that the former government of Hani al-Mulki had exempted Mutei’ from paying over 150 million Jordanian dinars (over $210 million) in taxes. These allegations infuriated the public, whose protests in early June over corruption and price hikes brought down the Mulki government.

Now calls are mounting calling on Razzaz to reopen public corruption cases involving the controversial privatization of government-owned companies going back as far as 2003. The “cigarette scandal” comes at a time when Jordanians are battling inflation, unemployment and poverty, and when public debt has reached an unprecedented $38 billion.

Economic analyst, columnist and editor of Al-Maqar website Salameh al-Darwai told Al-Monitor that the latest scandal is only the tip of the iceberg and that “official corruption is now institutionalized and rooted deep in the country.”

He said, “We have to admit that government bodies and officials have been infiltrated by powerful lobbies or even a mafia that manages to act above the law.” Darwai said that “those officials who think they have immunity must be exposed and the government must remain transparent and answer all questions pertaining to this case, like how the main suspect was able to flee the country a day before he was to be arrested?”

On July 29, another Lower House deputy, Sadah al-Habashneh, told a local news site that he feared that the cigarette case would be closed like many others in order to protect those who were behind the main suspect. He added that Jordanians want to know how these plants were functioning in recent years and where were the Customs Department, Income Tax Department, Integrity and Anti-Corruption Commission and all the bodies that were supposed to protect the country.

Adding to the controversy, Mutei’ called TV political show host Omar Kullab on July 22 from Lebanon saying that he was a victim of certain parties who wanted to settle scores with him, and that he had official licenses to operate his plants and all his machinery had entered the country legally. He denied all charges and said he will be returning to Jordan once he is done with his business abroad.

Kullab said this case involves big names, and that might hamper the government from pursuing it to the end. “It is intriguing that so far the indictment does not include the name of Mutei’ or any of his relatives, and it now appears that all 13 companies involved had their licenses and other papers in order by the previous government. So where is the case?” he said.

“The question is how did these companies get legal permits and who are the influential parties that facilitated the process? This goes beyond Mutei’, and this is why the case was referred to the State Security Court and not the Customs Department prosecutor,” Kullab said. He noted that since the SSC is not a regular civilian court, its verdicts are not recognized outside Jordan; this means that Mutei’ cannot be extradited back to Jordan.

Jordanians spend over $850 million on tobacco products annually while licensed cigarette plants in the kingdom deliver 1 million Jordanian dinars ($1.4 million) in taxes to the Treasury per day. The cigarette scandal may turn out to have deprived the country of billions of dollars over the past five years.

But the bigger issue for Jordanians is official corruption and how to fight it. In the Corruption Perception Index for 2017, Jordan ranked 59th of 180 countries and it scored 48 out of 100, where 0 is highly corrupt and 100 is very clean. Despite Razzaz’s promise to fight corruption, this particular case will prove difficult to overcome. “With big names involved, I believe the cigarette scandal will open the gates of hell for this government,” Kullab said.