In a letter to the prime minister and the Knesset, President Reuven Rivlin pleaded with Benjamin Netanyahu to remove a clause in the proposed Nationality Law that would make it legal to deny Arabs the right to live in Jewish villages. 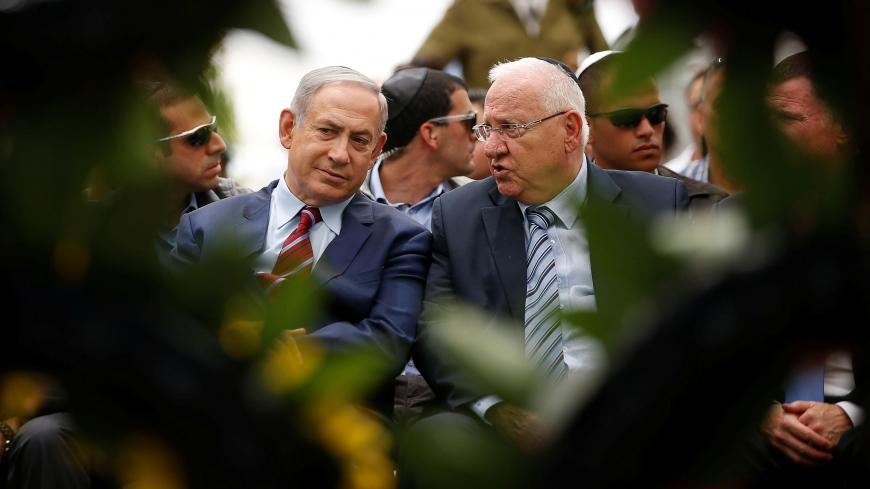 Various proposals for a new Basic Law, formally known as “Israel: The Nation State of the Jewish People,” or the “Nationality Law” for short, have been sitting before the Knesset for several years now. The proposed law is intended to protect the rights of the Jewish majority, infuriate and dishonor Israel’s Palestinian population and prove that the people behind the law are true patriots. Beyond establishing the Jewish connection to the Land of Israel, it also cements the status of the anthem, the flag and Independence Day. It declares that a “united Greater Jerusalem” is the capital of Israel and that Hebrew is the official language, while Arabic (which is also an official language in Israel, with the same status as Hebrew) would become “a language with special status.”

However, the most troubling sentence in the new proposal appears in Article 7 (b), which states, “The state may allow the community, including members of one religion or of one nationality/ethnicity, to maintain separate communal settlement.” Since very few Jews want to settle in Arab villages, the clause means that Jews can use the law to prevent Arabs from settling among them.

The legislators who proposed the law made no attempt to hide their true intent. They want to use this clause to overturn a Supreme Court ruling from 2000 that prevented the Jewish residents of Katzir from rejecting the request of an Arab citizen to join the village because of his ethnicity. The judges ruled that allowing only Jews to live in a village violates the law and runs counter to Israel’s values as a democratic state.

President Reuven Rivlin was so furious this week that he sent a letter about the proposed law to Prime Minister Benjamin Netanyahu and all Knesset members after he had discussed the matter with Netanyahu. It is safe to assume that Rivlin was also angry about this blatant attack on the Arabic language, but he nevertheless chose to focus on the subclause that would give communities the right to exclude Arabs from living among them. His remarks had solid grounding in previous legislation passed by the Knesset that states explicitly, “The admissions committee is prohibited from rejecting a candidate for reasons of race, religion, gender, nationality, disability, marital status, age, parenthood, sexual orientation, country of origin, viewpoint or political party affiliation.” According to Rivlin, the proposed law violates not only the Supreme Court’s ruling, but other laws passed by the Knesset itself.

“I am concerned,” Rivlin wrote Netanyahu, “that the broad manner in which this article was formulated, without balances, is liable to harm the Jewish people, the Jews throughout the world and the State of Israel, and can even be used as a weapon by our enemies." Rivlin went on, "I would also like to turn our attention inward, to Israeli society: In the name of the Zionist vision, are we willing to lend a hand to the discrimination and exclusion of a man or a woman on the basis of his or her origin?”

The president’s remarks fell on deaf ears. The July 10 meeting of a special committee that convened to discuss the law bordered on the ridiculous. The Knesset’s legal adviser, Eyal Yinon, pleaded with the participating Knesset members not to prevent Arab citizens from living in towns with a Jewish majority. A representative of the state attorney general also appeared before the committee to tell them that the law was unconstitutional. It is hard to imagine that either of them would agree to defend the law before the Supreme Court if the contentious clause appears in its final version. Former Foreign Minister Tzipi Livni (Zionist Camp), who is fiercely opposed to the new law, was removed from the meeting by the committee chairman for what he regarded as “unparliamentary behavior.” Knesset member Benny Begin (Likud), who has always opposed this version of the law, did not take part in the debate.

Then the plot took a tragicomic turn. The Yisrael Beitenu party, headed by Defense Minister Avigdor Liberman, had wholeheartedly supported the proposed legislation until now. It discovered that key Orthodox and ultra-Orthodox figures do not recognize some immigrants from the former Soviet Union as meeting their criteria to be considered Jews, and the new law could be used to prevent these immigrants from living in a religious settlement. Yisrael Beitenu is now demanding that this particular immigrant community be exempted from the clause. If they really wanted, the party’s representatives could also have added Ethiopian Jewish immigrants to their protest, as well as anyone who has not undergone an Orthodox conversion.

Netanyahu, already in over his head with his criminal investigations, decided to take an even firmer stance on the issue. He will now do anything to ensure that the law is approved in its second and third readings before the Knesset goes on its summer recess on July 22. Since 61 members are required to pass a Basic Law, he has banned all members of the coalition from leaving the country or offsetting their votes with members of the opposition who cannot attend the next readings.

Its proponents claim that this law (apart from the most contentious clause) is intended to strengthen the status of Israel’s national symbols. It seems to have no significant effect on the lives of Israelis, apart from humiliating the country’s Arab citizens. In addition to the president, the state attorney general and the Knesset’s legal adviser, individuals long considered ethical yardsticks like Begin oppose the law as damaging to the principal of equality. But if it is so obvious that the law will be harmful to Israel and its image as a democratic state and boost support for the boycott, then why is it so urgent for Netanyahu to see it passed?

The answer is precisely because of that. Even if the president's letter generates modifications to the bill, from Netanyahu's point of view, Rivlin's outrage is a gift, feeding his painting of Rivlin, an old hawk, as a leftist dove. When he is under pressure, with his back against the wall because of the investigations and because his wife is facing trial and he feels persecuted by the press and the judicial system, he turns to one thing that can inflame passions in Israel and — he hopes — boost support for him: hatred of Arabs. His election campaign is already rolling. Once again, Netanyahu portrays himself as facing a hostile world, a hostile court, liberals, bleeding hearts, the European Union, the hypocritical left, The New York Times and former US President Barack Obama to defend Israelis from those who would deny them their rights as a majority. He will do it just as he "protected" Israeli Jews from the Arabs who were supposedly “coming out in droves" to the polls in the 2015 election.