As Western firms begin to exit Iran, one of Iran’s top officials travels to Russia. 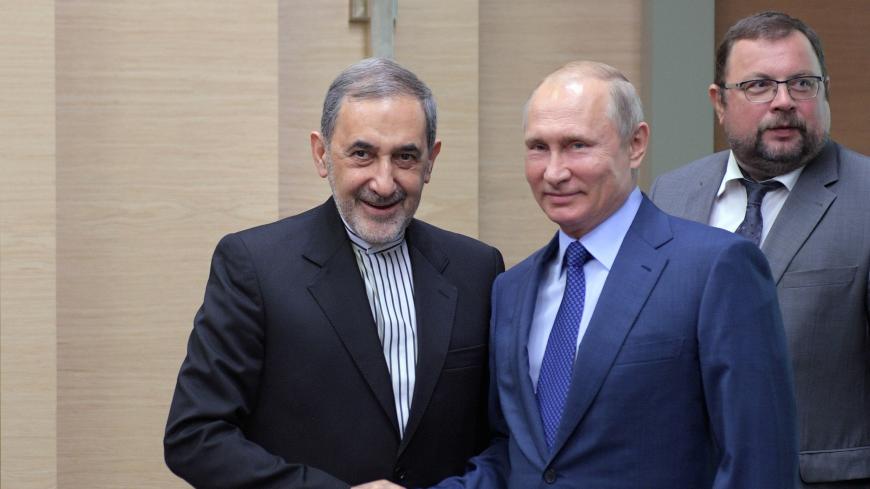 Ali Akbar Velayati, foreign policy adviser to Supreme Leader Ayatollah Ali Khamenei, talked with Iranian television to discuss his latest trip to Russia to meet with President Vladimir Putin. According to Velayati, during the two-hour meeting, which was “clear, constructive and friendly,” the two discussed a number of issues pertinent to both countries, such as energy and the region.

The meeting comes at a significant time for Iran. With the American exit from the Iranian nuclear deal, the reinstatement of US sanctions, particularly oil sanctions, coupled with increasing tension between Iran and Israel on Syria’s southern border, Iran will need to more deeply rely on Russia’s political and economic clout.

Velayati said during his July 12 interview that Russia is ready to invest $50 billion in the fields of gas and oil in Iran to “replace the companies who have left Iran.” As a result of the 2015 nuclear deal, a number of Western energy companies entered the Iranian energy sector. One of the first to exit was the French company Total, which, alongside a Chinese company, signed a $5 billion contract for the phase 11 of South Pars gas field off the coast of Iran. In May, Total said that without US sanctions waivers it would exit Iran. Though Total’s investment in the gas field — one of the largest in the world — had so far only been a reportedly $47 million, the news was a blow to the policy of President Hassan Rouhani’s administration of attracting Western investment to the country.

Velayati also addressed the issue of Syria, saying military and political cooperation would ensure the support of the “legal governments of Syria and Iraq.” Russia’s entrance into the Syrian civil war, at the urging of Iran, is widely believed to have turned the tide against the opposition forces. However, Iranian and Russian interests in Syria are not perfectly aligned, and Russia has needed to balance its positive relations with Israel, whose Prime Minister Benjamin Netanyahu has opposed the presence of Iranians on the Israel-Syria border.

Netanyahu, who returned to Israel July 12 from a visit to Russia, told an Israeli newspaper the same day, “The Russians have forced the Iranians to retreat 80 kilometers [50 miles] from the border in southern Syria.” He added, “We do not have a problem with [President Bashar al-Assad’s] government, our problem is with the Iranian presence on our borders.” The Fars News Agency, quoting Putin, dismissed Netanyahu’s claims, saying that according to the Russian president, Netanyahu traveled to Moscow to watch the World Cup.

Velayati’s trip, officially billed as one to deliver Khamenei’s and Rouhani’s messages to Putin, sends a signal as to which direction Tehran will look once US sanctions are enacted and European firms begin to pull out. The top story in Kayhan newspaper, whose editor is appointed by Khamenei, was headlined, “A smack in the mouth in Tehran’s special mission to Moscow and Beijing.” The article wrote that Velayati’s trip “signaled the internal coordination to change the economic direction toward the East.”