A young generation of hard-liners is beginning to challenge the old guard, taking tougher positions on political issues while being more open on cultural affairs. 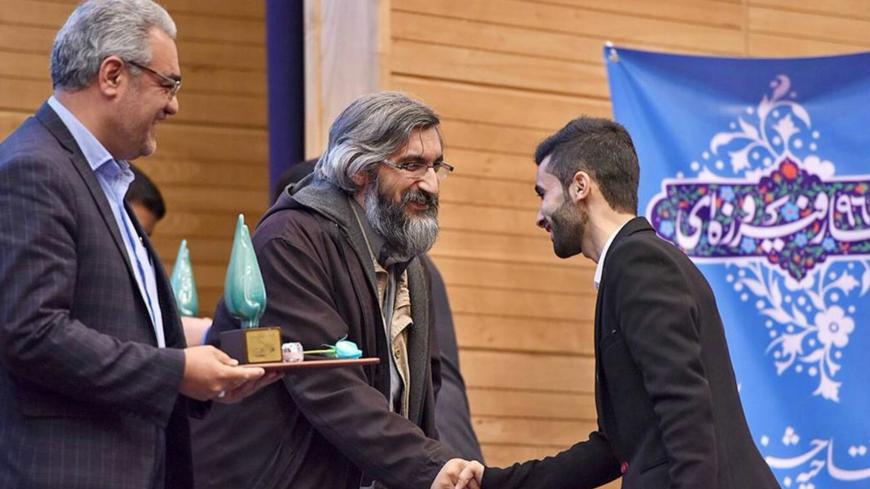 Hard-liners in Iran face the key challenge of a new generation questioning the approach being taken by the old guard. Members of the younger generation, unlike their older peers, are challenging anyone who acts against their expectations, even including when that person happens to be Qasem Soleimani, commander of the Islamic Revolutionary Guard Corps' Quds Force, the most popular figure in the conservative camp.

Traditional Iranian hard-liners are broadly characterized by their anti-Americanism and opposition to engagement with the West, desire for "revolutionary" foreign relations and opposition to any form of liberalism promoted by Reformists. In short, they have a general intolerance toward cultural and political change.

The new generation, however, espouses the hard-line discourse, yet do not adhere to the Principlist camp of conservatives. They call themselves "innovative revolutionaries," on a mission to lead a renaissance in their camp. They accuse the old guard of being overly cautious and of betraying the spirit of Ayatollah Rouhollah Khomeini, founder of the Islamic Republic. This generation tends to be more uncompromising than their predecessors, viewing their rivals as sworn enemies with whom forming alliances is unthinkable.

In a May interview, Payam Fazlinejad, a young hard-line analyst, said of the new generation, "We are faced with 'innovative revolutionaries' who have distinctly critical thoughts, which are based on the originalist remarks of the Imam [Khomeini] and the [supreme] leader [Ayatollah Ali Khamenei]. [They] think about reforms and renaissance to help the [Islamic] Revolution overcome challenges."

The new generation maintains that the current, older hard-liners have lost their way. Last July, Vahid Jalili, a prominent figure among the new generation, said, "The group who pretentiously calls themselves Principlists and revolutionary have distanced themselves from the basics of the Islamic Revolution in practice, and this distance is increasing every day, and they are [approaching] secularist principles." In line with his observations, Jalili criticized Principlist elements, in particular the Popular Front of Islamic Revolution Forces (JAMNA), the hard-line coalition from the 2017 presidential election. Its candidate, Ebrahim Raisi, lost to the incumbent, the moderate Hassan Rouhani.

The new generation appears to believe that the old guard has in recent years been losing to the Reformists, a view motivating them to maneuver to take control of the camp. On June 30, Yasser Jebraily, a young hard-liner, slammed the old guard's policies, asserting that the camp’s own actions had caused people to point the finger at the Islamic Revolution, instead of Rouhani, for Iran's dire economic situation. From the innovative revolutionary perspective, old guard policies are leading ordinary Iranians to turn their back on the revolution's ideals.

Hossein Ghadiani, a well-known figure among the new generation of hard-liners, took to task the state broadcaster's barring an appearance by the Spanish soccer star Carles Puyol because of his trademark long curly hair. Ghadiani wrote on his Telegram channel in June, "Two days have passed since the cancellation of Carles Puyol's appearance on TV, but there is not a single person on national TV to explain the reason to people. … Are they blind and can't see that this issue has had lots of coverage? … Can you see this, friends? The will of the Islamic Revolution is being harmed by the organizations of the Islamic Republic. … We are being cursed [by people] over the veteran captain of Barcelona." In a separate Telegram post, Ghadiani attacked the state broadcaster for angering people by forbidding the playing of prayers sung by Green Movement supporter Mohammad-Reza Shajarian and for having prohibited the late actor Naser Malek Motee to star in movies.

The young hard-liners' perspective about the old guard's actions might be accurate, but the way they go about addressing their concerns is generating more unfavorable public opinion. For instance, hard-liners who lost the electoral battle [among users of] Telegram in the 2017 presidential election later moved to ban the app, a move the Rouhani administration opposed, ultimately causing a big blow to their popularity. In a January tweet echoing the new generation's opposition to the old guard's decision, Fazlinejad wrote, "[Blocking] social networks is like telling the people of Tehran to live in another city. #Filtering."

In a tweet demonstrating the young hard-liners' concern over public dismay at the conservatives' main priorities, Seyed Amir Sayyah, a young activist, tweeted in March, “Lacking all consideration, [to hell] with the preacher who [was concerned about] little girl dancers at Milad Tower, but didn’t [care] for the laborers of the subway who haven’t received their salary for 6 months." His target was probably the hard-line cleric Ahmad Alamolhoda, the Mashhad Friday prayer leader and harsh culture critic.

The innovative revolutionaries vehemently oppose any cooperation with the Reformists, whom they consider promoters of liberalism and secularism, considered anathemas to the Islamic Revolution's principles. In this regard, during Rouhani's tenure, the new generation has criticized him for various reasons. They loathe older, pragmatic conservatives, including former Foreign Minister Ali Akbar Velayati and parliament Speaker Ali Larijani, for backing Rouhani in the past two presidential elections. When it comes to the Reformists and Rouhani, the new generation accepts no compromise and has no qualms about challenging those moving closer to their declared enemies.

In a clear jab at Soleimani for an unprecedented letter of support for the president over Rouhani’s implicit threat to close the Strait of Hormuz if Iranian oil exports are cut because of relations with the United States, Amir Hossein Sabeti, a young hard-line activist, tweeted in July, "It’s the duty of every single one of us to praise the good and revolutionary positions of any person — even Rouhani — but the Rouhani we know has no record except [involvement in the Iran-contra affair], the poisoned chalice [referring to Khomeini’s acceptance of UN Security Council Resolution 598, ending the Iran-Iraq War], the Saadabad retreat [referring to the interim nuclear agreement between Iran and Britain, France and Germany in 2003], and constant violation of the leader's red lines on the JCPOA [Joint Comprehensive Plan of Action]. I wish in appreciating a good position taken by a person [Soleimani], we don’t give a wrong impression."

On foreign policy, the new generation strongly opposes any sort of relationship with the West, rather emphasizing strong ties with the East, including Russia. In addition to slamming Rouhani for the nuclear deal with the West, they blame the hard-liner old guard for coming to the terms with the JCPOA. In line with their effort advocating relationships with the East, young hard-liners on social networks and on shows on state TV have been ardently portraying Russia and its president, Vladimir Putin, as new members of the axis of resistance and as being influenced by Iran's revolutionary policies.

In the coming years, the role of the innovative revolutionaries is likely to increase, presenting the new face of the hard-liners as Russophiles who are softer on cultural matters but more strident in political affairs and generally uncompromising.