Egyptians are divided over whether former officials should be offered the chance to pay back looted funds in exchange for dropped charges as authorities work to bring back the estimated billions of dollars smuggled abroad during the reign of former President Hosni Mubarak. 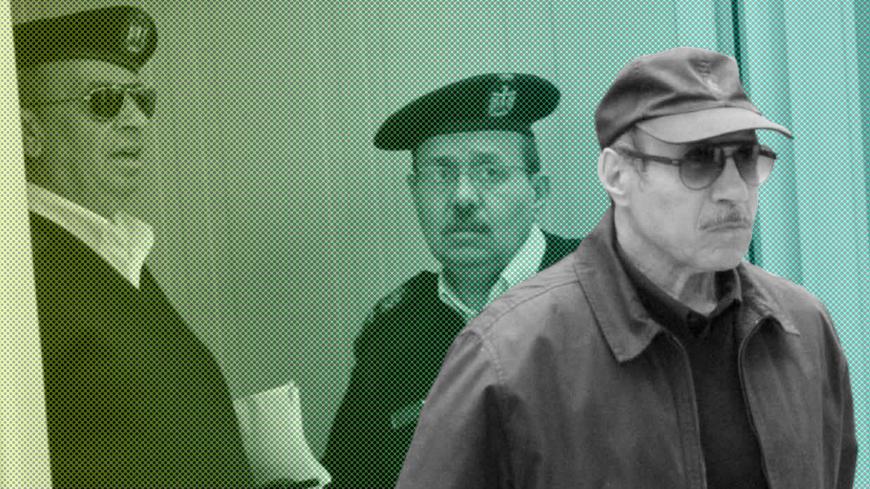 Former Interior Minister Habib al-Adly (R) leaves the courtroom at the police academy where he and former Egyptian President Hosni Mubarak were on trial in Cairo, Jan. 2, 2012. - REUTERS/Stringer

All eyes are now focused on the defense to see whether Adly will follow in the footsteps of a number of Mubarak regime tycoons and submit a request to reconcile with the state and give back the misappropriated funds in exchange for charges being dropped.

The option for so-called reconciliation deals became available in July 2015 with the amendment of Article 18(b) of Egypt's Code of Criminal Procedures on reconciliation in cases of misappropriation of public funds in the event the funds in question were reinstated. This followed the state’s failed attempts to recover funds that the Mubarak regime’s tycoons allegedly smuggled overseas.

Those failed attempts were disclosed when member of the House of Representatives Mustapha Al-Gundi and other members called June 16 for a pressing inquiry into the 500 million Egyptian pounds (almost $28 million) in expenses spent by the successive looted funds recovery committees in allowances.

Since 2011, Egypt’s successive governments and regimes have established five committees to work toward repatriating public funds. These committees have largely been unsuccessful in fulfilling their tasks, and many Egyptians believe that the amounts paid back to the state in these reconciliation deals may be only a fraction of the actual amount smuggled.

In addition, former Housing Minister Mohamed Ibrahim Suleiman made a request to reconcile in June. He was accused of helping businessmen acquire public lands at below-market prices. Former Tourism and Housing Minister Zuhair Garana also submitted a request for reconciliation with the state in June.

Since the law was approved, Egypt’s Illicit Gains Authority has recovered a total of 6.6 billion Egyptian pounds (almost $369 million), according to its Jan. 23 statement.

How effective have these so-called reconciliation deals been compared with other attempts to recover funds?

Mahmoud Koubeish, a former dean of the Faculty of Law at Cairo University, told Al-Monitor, “The reconciliation policy has certainly been a success compared with the [committees’] attempts to restore funds smuggled out of Egypt. The term 'looted funds' was voiced for the first time in Tahrir Square and reiterated by the media. There is no evidence proving that [these funds were earned] legitimately. The fact that the Swiss government has frozen Mubarak's funds and those of tycoons associated with his regime has furthered the Egyptian people’s hopes that these funds will be recovered.”

Koubeish said, “Given the strong Swiss-Egyptian diplomatic ties, the Swiss government has frozen the funds as a kind of courtesy. Switzerland will unfreeze and reinstate them [the legitimate funds] to their owners in case the state fails to provide judicial evidence that they consist of corruption money. The largest sum Switzerland or any other country would deliver to Egypt would equate to the sum the state is currently restoring under reconciliation deals after proving that corruption is the source of [these] parts of the officials’ fortune.”

He emphasized that reconciliation deals in public funds cases would increase legal security for investors and serve the economy and society, as funds would flow to the state treasury. He indicated that the incarceration of an investor, businessman or official for a particular period of time, be it short or long, is not in the economy’s advantage.

Moataz Salaheddine, the chairman of the Popular Initiative to Restore Egypt’s Looted Funds, told Al-Monitor that multiple obstacles in Egypt and abroad have prevented the repatriation of looted funds. They consist of the sluggish trial process given the thousands of corruption cases before the Egyptian judiciary, and the intransigence of the foreign Swiss, American and British parties in charge of delivering the funds to Egypt.

Salaheddine said, “Perhaps concluding reconciliation [deals] has led Egypt to miss the chance to recover larger sums from the Mubarak regime’s wealth abroad, and contented itself with restoring small sums of the fortune of the Mubarak regime’s tycoons. At the same time, the deals provide a swift solution that brings the economy needed support under the present crisis.”

Heads of the looted funds recovery committees did not respond to Al-Monitor's phone calls. Nevertheless, a source at the Ministry of Justice and a close associate to the committees who declined to be named told Al-Monitor, “The committees did not underperform; they tried to engage in talks with banks in Switzerland, Britain and the US to repatriate looted funds before judicial rulings in cases related to the Mubarak regime tycoons are issued. This is upon the instructions of the Egyptian authorities under the military rule [2011-2012] and Mohammed Morsi’s rule [2012-2013].”