Opposition militias in north and central Syria are banding together in the hope that a unified front will be able to fend off regime advances. 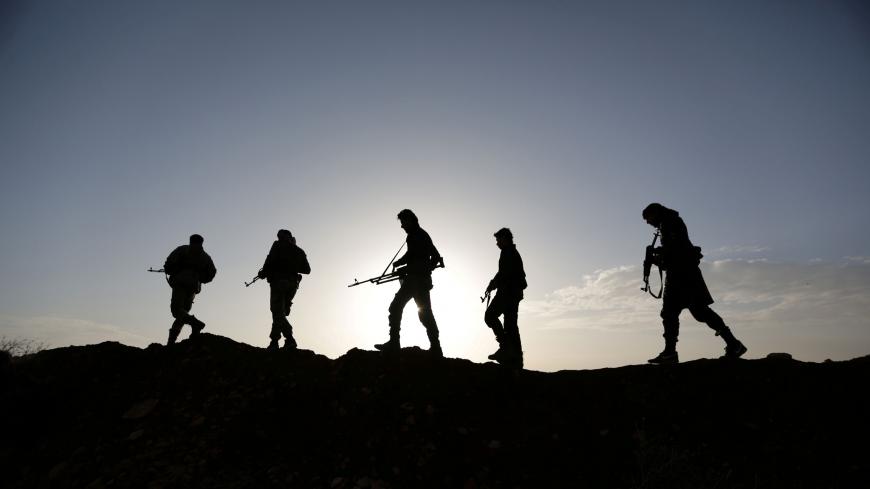 ALEPPO, Syria — Military factions in northern and central Syria are joining forces to form the National Liberation Front (NLF) and calling on others to join them in building a new democratic state that preserves the rights of all Syrians regardless of ethnicity.

The NLF includes a number of major opposition military factions operating in northern and central Syria, among them the Free Idlib Army, Martyrs of Islam Brigade, Jaish al-Nasr and others. The group officially launched in May, when Col. Fadlallah Al-Hajji was appointed commander in chief, with Lt. Col. Suhaib Leoush as his deputy and Maj. Mohamed Mansour as chief of staff.

“The NLF is a new military formation that was the result of four months of consultations and negotiations between the leaders of the Free Syrian Army factions. The leaders realized how serious this phase is and how important it is to have a unified front, a unified position and unified efforts on the military, political and security levels, to find solutions and face any hardships," NLF spokesman Capt. Naji Abu Hudeifa told Al-Monitor.

“The NLF is committed to the objectives and principles of the Syrian revolution. It seeks to overthrow [President] Bashar al-Assad's regime and to hold him accountable for his terrorism and the killing of the Syrian people,” he added. “One of its other objectives is to defend the people against the attacks of any terrorist organization, such as the Kurdistan Workers Party and the Democratic Union Party.”

The new group's members are deployed on most fronts and regions in Syria, especially Idlib province and the western, southern and northern countryside of Aleppo, as well as on the Syrian coast in the Kurd Mountains and the Turkmen region, and in Afrin.

"Our members are ready to thwart any attack by the enemy," Abu Hudeifa said.

The NLF has no direct civil activities. "Its role is limited to providing assistance to local civil councils that run the opposition-controlled cities, towns and villages," he added. "We are always ready to provide whatever help these local councils might need.”

Syrians who oppose Assad’s regime, as well as activists at home and abroad, have long called for unifying the armed military factions. Syrian activists in several opposition-controlled areas in past years have organized popular demonstrations calling on the factions to unite and overcome their differences. In the past, disagreements evolved into direct military confrontation between factions, such as the battles between Jaish al-Islam and Faylaq al-Rahman in eastern Ghouta in mid-2017. Activists later said such battles allowed the Syrian regime forces to take control of eastern Ghouta in March.

Activist Moumtaz Abu Mohammed from northern rural Aleppo told Al-Monitor, “Every action that unifies the military factions is seen as a positive step. The years of division have paved the way for the Syrian regime forces to advance and take over large areas once controlled by these factions.”

He added, “The regime and its allies want to end this in the field, ignoring all cease-fire agreements signed in Astana [Kazakhstan] and elsewhere. All military factions operating in Syria should join forces as soon as possible to prevent a future catastrophe in the remaining areas under their control in northern Syria.”

The Syrian regime has yet to comment on the new organization.

Many Syrians have high hopes for unifying the armed military factions to thwart attacks by regime forces that are supported by Russia and Iran. The regime has displaced thousands of people into the north. Syrians believe that as long as division prevails among opposition factions, battles are bound to erupt in the areas they still control in northern Syria — and then the displaced would have nowhere else to go, save a few opposition-controlled areas in southern Syria.