It took Israel a decade to realize that its closure policy won’t topple the Hamas regime. 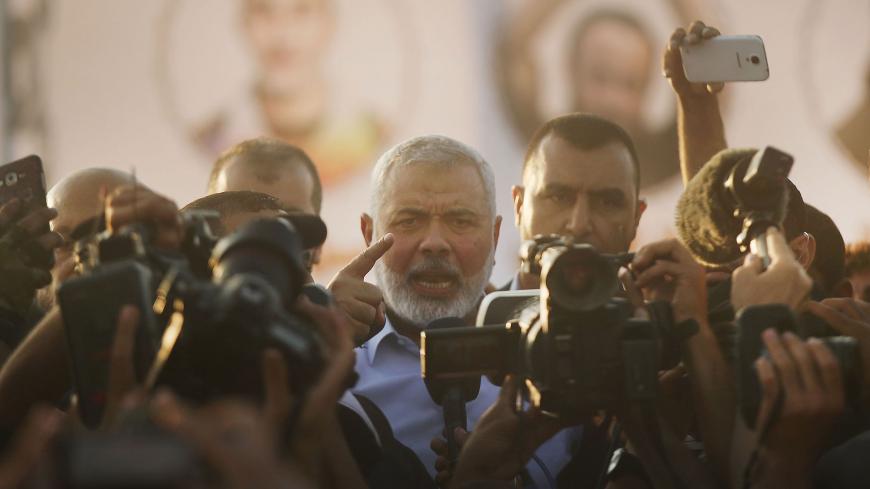 June 15 marks the 11th anniversary of Israel’s land, sea and air blockade of the Gaza Strip, imposed after Hamas took power there in 2007. On June 10, the Israeli Security Cabinet conducted its first-ever discussion of a possible accommodation with Hamas. Over the past decade, Israel has received various proposals through different channels for easing the harsh economic crisis created by the siege in return for a long-term cease-fire by the Palestinians. However, Israel ignored the offers and tried to deter Hamas with the use of force — a method that repeatedly proved ineffective. This assumption regarding the use of force dragged Israel into three widespread military operations — Cast Lead in 2008-2009, Pillar of Defense in 2012 and Protective Edge in 2014 — eroded its international standing and failed to secure peace for the residents of southern Israel. Did anyone truly believe that Israel could seal off the Gaza Strip and its 2 million residents without incurring security, humanitarian and international costs?

Israel chose to exert economic pressure on Hamas — except for allowing humanitarian aid to reach the Strip — based on the mistaken assumption that the movement would quickly collapse and be forced to give up its control. However, a measure that was supposed to last for days or several weeks turned into a permanent policy.

Israel’s security forces were also mobilized to carry out this mistaken policy, sometimes with absurd results. In 2010, for example, the military drew up a list of raw materials permitted as humanitarian assistance for Gaza. Certain products were labeled luxuries and disallowed, among them cilantro, a central ingredient in Middle Eastern cuisine. The military even prepared a presentation showing the calorie intake required for adults to stave off starvation.

At the same time, Israel flatly rejected all the long-term cease-fire proposals that Hamas conveyed through mediators over the years. Instead, it kept up its economic pressure and military blows in an effort to destroy the Hamas regime and prevent it from firing rockets and shells at Israel. Throughout this period, the government did not conduct a single debate on the obvious question of whether the blockade had achieved its goal, or perhaps had spurred Hamas into developing its military force.

Between 2008 and 2014, more than 4,000 Palestinians were killed in the three broad military engagements between Gaza and Israel. Tens of thousands were wounded and maimed. Over the same period, dozens of Israelis were killed in rockets and shelling attacks from Gaza. None of the military operations improved Israel’s security. For over a decade, residents of the towns and villages near the Gaza border have vacillated between a tense routine and a race for shelters to the sound of warning sirens. All of the government promises that military measures would remove the rocket and shelling threats turned out to be hollow.

Israel has also repeatedly argued that if it lifts its siege, Hamas would take advantage of the opening to speed up its armament. However, this claim, too, has not been borne out. The summer 2014 Israel-Gaza war known as Operation Protective Edge proved that despite the blockade, Hamas had managed to extend the range of its rockets and threaten major Israeli cities for 51 days. Even after it became obvious that the siege had not prevented Hamas from building an extensive arsenal of long-range missiles, the government did not consider other solutions such as an accommodation of some kind with Hamas.

Most of the proposals submitted this week to the Security Cabinet were formulated years ago. The military, especially under current Chief of Staff Lt. Gen. Gadi Eizenkot, understood that economic pressure would not bring down Hamas and that out-of-the-box thinking was needed to restore security to southern Israel.

The proposals do not include a complete lifting of the siege, nor acquiescence to the Hamas demand for a seaport or airport in Gaza. The proposals under discussion center on increasing the flow of electricity Israel sells Gaza, allowing in construction material to repair damaged infrastructure and build water desalination facilities, granting work permits to Gaza Palestinians to work in Israel and free passage to traders. Also under discussion is the development of an industrial zone at the Erez border crossing into Israel and allowing the export of farm and industrial products from Gaza to the West Bank. More advanced proposals, such as the one by Transportation Minister Yisrael Katz to build a floating seaport for Gaza on an artificial island, will be considered gradually in the future. Israel could have considered all of the above years ago and saved lots of blood and tears on both sides.

So what made Prime Minister Benjamin Netanyahu decide that the time had come for a deal? It turns out that Israel — like what the politicians in Jerusalem usually say about Hamas — only understands the language of force. The discussion of an arrangement with Hamas would likely not have occurred had it not been for the mass demonstrations by Gaza residents on the border fence since March 30 and the concern that Israeli troops would be confronted every week with thousands of protesters and come under harsh international condemnation for killing desperate, unarmed civilians.

The Hamas leaders in Gaza understand that what the Qassam rockets and underground attack tunnels failed to do over the years — that is, to change Israel’s policy toward the Gaza Strip — the protests along the fence would. Throughout the violent clashes of the past decade, Israel always claimed that it was forced to respond by force to indiscriminate rocket firing at Israeli civilians in the south. Despite the condemnations of Israel over its excessive use of force and widespread harm to innocent Gaza civilians, this claim was usually accepted with relative understanding. But Israel’s recent attempts to explain the dozens of unarmed Palestinian protesters on the fence killed by army snipers using live fire were far less successful. Therefore, the Cabinet had no choice but to accept the recommendations of the security echelon. The first discussion of the issue this week did not yield decisions, but one thing is certain: The Cabinet ministers already understand that Israel cannot seal off and starve 2 million Palestinians. Unfortunately, they only started considering logical measures when their backs were to the wall.