Iranian hard-liners appear set to be led by a new yet seasoned face, Mohammad-Mahdi Mir-Baqeri. 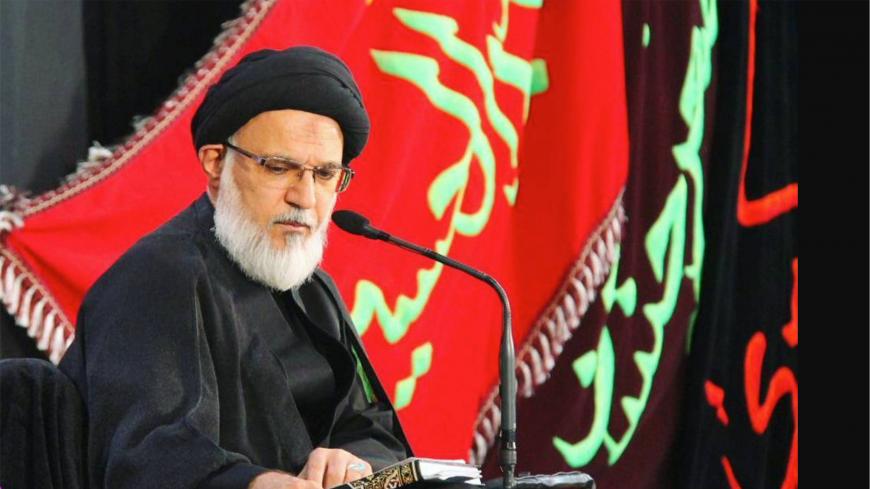 Ayatollah Mohammad-Mahdi Mir-Baqeri, expected to be named the new leader of Friday prayers in Tehran, appears here in an image uploaded Oct. 18, 2016. - Instagram/mirbaqeri.ir

It sounds like the days of Ayatollah Mohammad-Taghi Mesbah Yazdi leading Iran's hard-liners are coming to a close. At 83, he appears ready to step aside for a new ayatollah. It has recently been reported by local news agencies that Iran's supreme leader, Ayatollah Ali Khamenei, plans to appoint Mohammad-Mahdi Mir-Baqeri, 57, as Tehran's Friday prayer leader. Remarkably, Mir-Baqeri has not denied the rumors. The hard-line media is laying the ground for his likely appointment and leadership, a big step for Mir-Baqeri, the current leader of the Academy of Islamic Science.

Seyyed Monir-e-din Hosseini al-Hashemi, a proponent of the Islamic Revolution, established the Academy of Islamic Science in 1979 after the revolution, influenced by his father's thinking on indigenous science versus Western science as well as by Ayatollah Ruhollah Khomeini's political views. According to “The Clergy and Modernity with a Focus on Intellectual and Political Currents” (2010), a book by Abdulvahab Farati, Seyyed Monir believed that the Islamic clerical system should be independent of foreigners, bazaar merchants and the political system. Hence, he sought to design a system of clerical independence. In this vein, before the revolution he established an appliance-manufacturing company called Zherf, which eventually failed. He founded the company based on his view that the people should avoid Western technology.

In 1967, Seyyed Monir moved to the holy Iraqi city of Najaf, where he attended lectures by Khomeini on Islamic government that greatly influenced him. According to Seyyed Monir's memoirs (2004), before attending Khomeini's classes, he had been thinking about clerics entering industry to gain independence and establishing a party. On this he had been inspired by his father, who had established a party to try to influence government decisions and elections. Joining Khomeini's classes, however, turned Seyyed Monir into a proponent of establishing an Islamic political system. In establishing the Academy, Seyyed Monir was seeking to create a circle for producing Islamic science and severing Iran's educational system from Western science.

In “The Thoughts of Monir,” written by Mehdi Mozaffarinia (2011), Seyyed Davood Sajedi, a student of Monir, cites the motivation behind forming the academy. Sajedi states, “We were thinking that an academy should come to exist to organize the production of Islamic science in the sciences, and to develop the needed software and hardware for managing the Islamic [political] system.” Seyyed Monir passed away in 2000, and since then, one of his prominent students, Mir-Baqeri has been leading the academy.

Both the Academy and Mir-Baqeri have become influential actors in Iran. Mir-Baqeri got more involved in politics during the second term of hard-line President Mahmoud Ahmadinejad (2005-2013). He continued to support and defend Ahmadinejad even as the hard-line Mesbah Yazdi distanced himself after the president changed his path and started following a “deviant” Islamic current led by his chief of staff, Rahim Mashai. As Ahmadinejad's positions challenging the supreme leader became clearer after leaving office, Mir-Baqeri put space between himself and the former president.

In line with his political plans, Mir-Baqeri ran in the 2016 Assembly of Experts elections on a hard-liners ticket and found his way through to the assembly, the clerical body that chooses the next leader and monitors his performance. In remarks published by the hard-line daily Vatan-e Emrooz in 2016 and indicative of Mir-Baqeri's political thoughts, he said at an Assembly of Experts' function, “If we want to make the structure of the Assembly of Experts more active, we must support the leader instead of focusing on monitoring [his performance],” The assembly, he said, must “monitor the fulfillment of the leader's demands.”

In the 2017 presidential elections, Mir-Baqeri threw his weight behind the hard-liner Ebrahim Raisi, taking part in a meeting of the Society of Seminary Teachers of Qom to speak in favor of Raisi's candidacy. The society is the spiritual leader of conservative groups, which usually follow the organization's electoral preferences. In the 2017 elections, the society backed Raisi against the Reformist-backed incumbent Hassan Rouhani, who advocated continued engagement with the West.

Like other hard-liners, Mir-Baqeri opposes any kind of relationship with the West, a position rooted in Seyyid Monir's thought. In a 2017 speech, Mir-Baqeri slammed advocates of Iran's economy being integrated into the global economy. “This means our economy must be global, our relationship must be global and we must fold the resistance,” said Mir-Baqeri in a 2016 speech.

He is a critic of the Reformists who believe that the Islamic Revolution is being pushed onto the wrong track. Regarding the 2009 presidential elections and the nationwide unrest following the announcement of Ahmadinejad as the winner, Mir-Baqeri said, “[In 2009, the Reformists] were seeking to return the country to the path of Reformism.”

As reported May 5 in Al-Monitor, the clerical ranks have become increasingly politicized, and one of the signs of a cleric becoming an influential figure for a particular faction is the speed of his progression through the clerical ranks. Mir-Baqeri was promoted to ayatollah in 2016, but only a few years before that he had held the mid-level title of hojjat al-Islam.

In addition, the hard-line media outlets are extensively covering Mir-Baqeri's speeches and remarks. The daily Farhikhtegan recently dedicated a full page to a speech Mir-Baqeri made in 2016. Hard-line media have hailed him as an “Islamic theorist” and called him the new Mesbah Yazdi, with views opposed to those of the late centrist President Ali Akbar Hashemi Rafsanjani. The latter was considered the leader of Iran's "moderate" camp and favored interaction with the West.

It seems that Mesbah Yazdi has a positive view of Mir-Baqeri, having called him a “genius of the current era,” anointing him a likely future leader of the hard-line camp. For now, one can only wait and see what unfolds, as Mir-Baqeri has few rivals in his likely path ahead.