Iran has long sought to develop the port of Chabahar, but its plans have recently expanded to building a major industrial center. 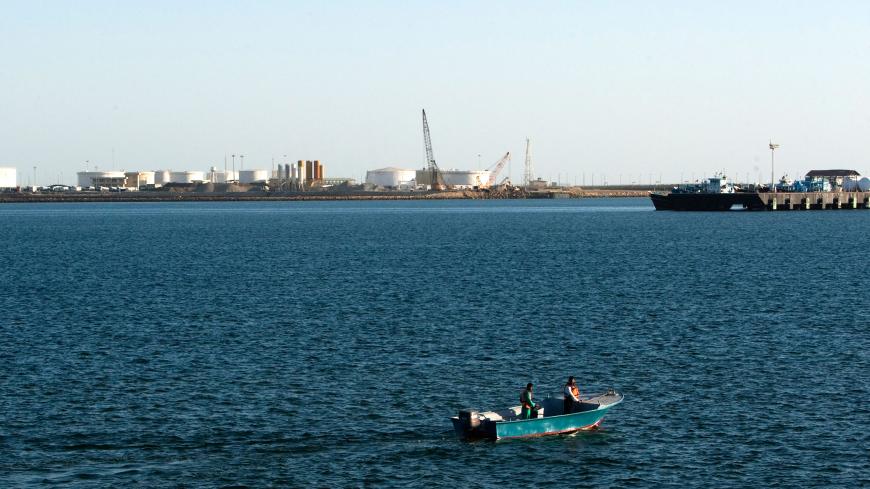 A speed boat passes by oil docks at the port of Kalantari in the city of Chabahar, 300 kilometers (186 miles) east of the Strait of Hormuz, Jan. 17, 2012. - REUTERS/Raheb Homavandi

Providing landlocked Central Asia with shipping access through Iran’s southeastern Chabahar port has been a hot topic since the fall of the Soviet Union. With China’s One Belt One Road initiative in recent years and investment by Central Asian countries in the new transit routes, Iran faces more challenges than ever to utilize the potential of Chabahar.

Iran’s development strategy for the key port entails close cooperation with India and Afghanistan. To India, the joint venture means access to Afghanistan and Central Asia, less concern about China’s One Belt One Road initiative, and a means for securing its growing need for energy and raw materials. For Afghanistan, it will boost its strategic options against Pakistan. For Iran, however, economic gains are of utmost importance.

Despite the increasing challenges posed by the re-imposition of US sanctions on Iran, the Chabahar Free Trade Zone — one of the most important symbols of President Hassan Rouhani's political and economic diplomacy — is progressing, with ambitious proposals for its development.

The 2016 agreement between Iran and India to develop the southeastern Iranian port became operational on June 13. Within this framework, India will invest $85 million, and India Ports Global Private Limited, a company affiliated with the Indian shipping ministry, will undertake with its Iranian partner the task of equipping and managing two of the port’s terminals.

In perhaps a more important development, the Iranian government recently submitted a bill to parliament regarding the development of the Chabahar Free Trade Zone. Under this bill, its boundaries will expand by 67,000 hectares, and with the docks of Shahid Beheshti and Shahid Kalantari joining it, will have access to the sea. If the bill is approved, one of the key difficulties for Chabahar's expansion and competitiveness will be resolved.

Given Iran’s failed experiences in creating free-trade industrial zones, the Iranian government is pursuing a greater strategy of industrializing the country’s entire southeastern coastal strip, known as the Makran Coast. As part of this plan, the Shahid Beheshti dock in Chabahar has received $334 million from the government to help boost its capacity.

The Chabahar development project prioritizes manufacturing over trade and transit, envisioning a transformation of the area into a hub for manufactured goods with a focus on heavy industry, especially steel and petrochemicals.

If the Makran steel complex becomes operational, a significant portion of Iran’s total steel production will come from Chabahar. Iran produced 22 million tons of steel in the Iranian year 1396, which ended March 20, 2018. The Makran steel complex is anticipated to produce 10 million tons of steel in the next decade. Iranian state-owned enterprises have allocated credit facilities of 135 million euros in foreign exchange and 1.5 trillion rials ($35.7 million) in local currency for building the complex. At present, 70% of Iranian steel is produced in the drought-hit central province of Isfahan, where the water needed in the steel industry is a major problem.

Iran also plans to turn Chabahar into the country’s third largest petrochemical hub. Construction of a petrochemical complex in the region has been underway since 2012, and is expected to be completed in three phases over a 10-year period at an estimated cost of about $18 billion. Shasta, affiliated with Iran’s Social Security Organization, is its principal developer. To provide energy for the industrial units in Chabahar, including the petrochemical plants and steel units, Iran’s defense and oil ministries signed a contract on April 24 to transfer natural gas to the area via a pipeline from the city of Iranshahr. The pipeline is expected to be operational in the Iranian year 1398 (March 21, 2019-March 19, 2020) at a cost of 11.1 trillion rials ($261.9 million).

Iran’s private automotive sector, in collaboration with some of the world’s largest car makers, has also proposed turning Chabahar into Iran’s third automobile manufacturing hub. If the proposal is implemented, the government’s ambitious plans to expand the Chabahar port will mean a transformation of the region’s geo-economic position from that of a transit hub to a center of industry.

But fundamental challenges remain. For instance, the Chabahar-Sarakhs railway is another key project that will provide a transit route to Central Asia. But so far, the project is only 15% completed due to a shortage of funds to the tune of 90 trillion rials ($2.14 billion). Due to the difficulties in exporting goods out of Chabahar, some companies have turned to Iran’s southern port of Bandar Abbas. There has even been talk of Iran’s transit benefits diminishing by the year 2030. Thus it is understandable that the Iranian authorities would seek to diversify the vision for Chabahar to encompass more than trade and transit.

All in all, it is clear that Iran, Afghanistan and India have three separate dreams for Chabahar. Turning these dreams into reality will be more challenging once the US sanctions against Iran are reinstated. For example, South Korea’s POSCO, one of the world’s largest steel producers, is Iran’s partner in the Chabahar steel project. With the United States pulling out of the nuclear deal, there are growing concerns that the company will halt its activities in Iran. Sanctions can also impact access to needed equipment, banking facilities, shipping and transportation of goods.

Ironically, the development of Chabahar seems to be in line with US interests and its administration’s Indo-Pacific strategy, as it will help strengthen key US allies in South Asia, especially India. This point has sparked hope that the damage of the US sanctions to the port will be less severe. With sanctions returning, the progress of the Chabahar development project will depend more than ever on Iran and India’s political will and investments as well as on small and medium-sized enterprises who are less vested in the United States.