The Egyptian government has announced an increase in pay and pensions for civil servants before it lifts subsidies on electricity and fuel. 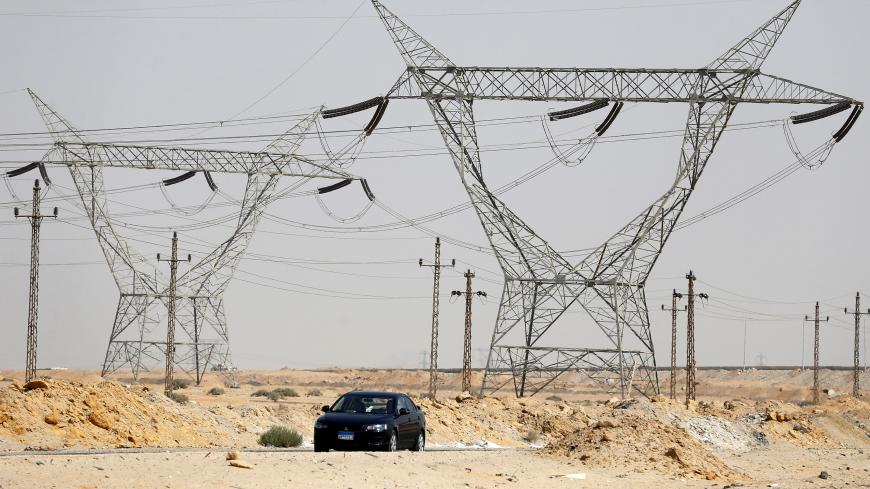 The Egyptian government on June 5 announced pay boosts for civil servants and pension increases ahead of price hikes on electricity and gas. The move, part of the government's social protection program, aims to help Egyptians endure the government’s economic reforms and at the same time stimulate economic growth and reduce the budget deficit.

The government on June 12 then announced a 26% increase in the cost of electricity as of the new fiscal year, beginning July 1. Days later, on June 16, the government announced a hike in fuel prices by varying percentages of up to 50% as part of the economic reform program tied to the approval of a $12 billion loan from the International Monetary Fund.

Sherif Ismail, who had not yet left his post as prime minister when the pay and pension boosts were announced, said the increases would cost the country’s general budget 60 billion Egyptian pounds in the coming fiscal year. He added that about 6.5 million civil servants and 9 million pensioners would benefit from the increases.

Rashad Abdo, a professor of economics at Cairo University, said that it is reasonable that the government would implement pay and pension rises before increasing fuel and electricity prices, which will put added financial pressure on Egyptians.

“Maybe the increases are not high, but they can help the poor who are now struggling to make ends meet a little bit, especially since prices of all goods and services will skyrocket after the fuel and electricity hikes,” Abdo told Al-Monitor. “The increases are better than nothing.”

Ahmed el-Shami, an economist and professor of feasibility studies at Cairo University, told Al-Monitor, “The increases may help in covering the hikes in transportation and electricity prices, but the citizens will not feel the increases in pay because prices will increase by at least 3%. So what the government has given to the citizens will go toward the increases in prices for the goods and services that they need, and maybe they will not cover all of them."

Shami also said that the government does not have the ability to adequately raise the salaries of civil servants, and that the citizens in turn do not have any solutions or fallbacks. “The burdens will keep piling up on poor people and the middle class, particularly families consisting of five or more persons,” he said.

Abdo said that it would be better for the government to control prices, rather than raise salaries. “If salaries increase, and at the same time prices increase, that would make no difference, but if salaries remain stable and the prices fall, that would really make a difference,” he said.

Opinions and perspectives of course varied among average Egyptians. “It was never expected that the government would pay civil servants two bonuses and increase pensions by 15%, because the government is now out of financial resources,” Sondos Salama, a young civil servant, told Al-Monitor. “It is a good decision, keeping in mind the tough economic conditions that the country is going through.”

“I think that the government is capable of increasing the salaries of the low and middle classes by hiking taxes on the rich,” a civil servant who requested anonymity said. “Why is the government not doing that? Why is it always that the poor have to endure and suffer while the rich are leading good lives.”

He believes that the increases in salaries are insufficient to cover any hikes in the price of goods and services. “People are not going to be able to afford all these burdens,” he said. “The government has to think about solutions or face grave consequences.”