A wide array of Turkish opposition groups has announced the formation of an alliance to ensure the hotly contested upcoming elections are run fairly. 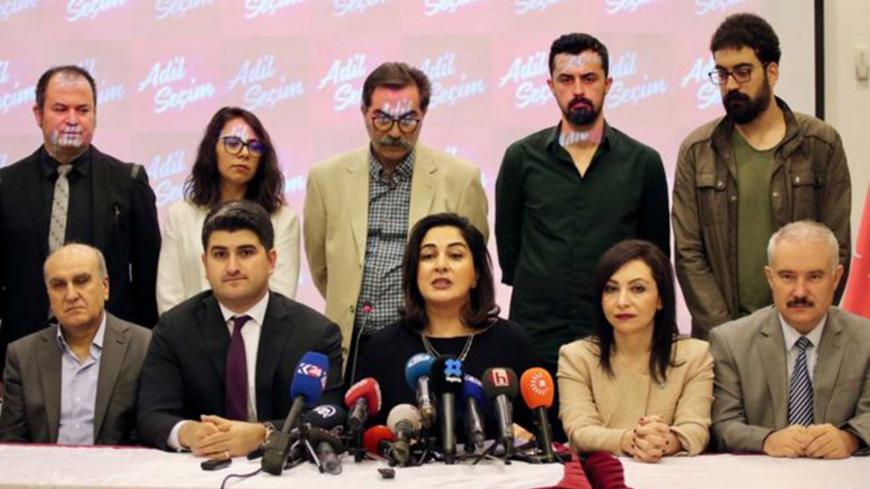 Turkey’s largest pro-Kurdish bloc and right-wing nationalists have found common ground thanks to growing worry about potential fraud by the ruling Justice and Development Party in the June 24 presidential and parliamentary elections. The Peoples’ Democratic Party and the Iyi (Good) Party have teamed up with the main opposition Republican People’s Party (CHP), Saadet (Felicity) Party, a small Islamist party, and several trade unions and civil society initiatives to establish what they are calling the “Fair Election Platform.”

In a news conference announcing the alliance, members said their purpose is to take “collective steps” to avert tampering at polling stations. Planned efforts include training volunteers to observe the elections in person and ensure that “hundreds of thousands” of monitors will maintain a presence at each and every ballot box.

Platform members said they would deploy thrice as many observers at every polling station that is relocated. They will also use smartphone applications devised specifically to ensure swift communication between monitors and to keep a tally of ballots cast.

The elections are shaping up to be even more hotly contested than previously expected with the CHP’s pugnacious candidate, Muharrem Ince, dominating the scene. Ratings show that Ince’s interview with the pro-government Haberturk news channel that aired last night drew four times as many viewers as current President Recep Tayyip Erdogan's did on the same show May 28. Opinion polls indicate that if Erdogan fails to win in a first round, his most likely opponent in a second round held on July 8 will be Ince.

Worries of potential rigging are especially high in remote parts of the mainly Kurdish southeast area, where the nationwide emergency rule imposed in the wake of the failed July 2016 coup has been most ferociously applied. These fears sharpened when the High Electoral Board (YSK) announced May 28 that it would relocate polling stations in the region, affecting 144,00 voters. YSK President Sadi Guven said 19 provincial governors had requested consolidation for polling stations in villages in proximity to each other and also out of concern for security. “The ballot boxes that we decided to relocate were mostly ones that we relocated in previous elections,” he said. “Security is vital, but so is the voter’s ability to travel to the ballot box of his own will. We made this decision so as to ensure that voters did not have to face further difficulties."

The southeast region was widely alleged to be the scene of foul play during the controversial referendum on presidency powers that was held last year. The YSK’s last-minute decision to validate ballots unstamped by election officials may have tipped the balance. The rule has since been formalized in a new election law that critics charge was crafted to ensure that Erdogan retains his seat and continues to rule armed with even greater powers enshrined in an executive presidency.