The latest edition of the Ramallah Contemporary Dance Festival gained international recognition through the participation of international dance troupes. 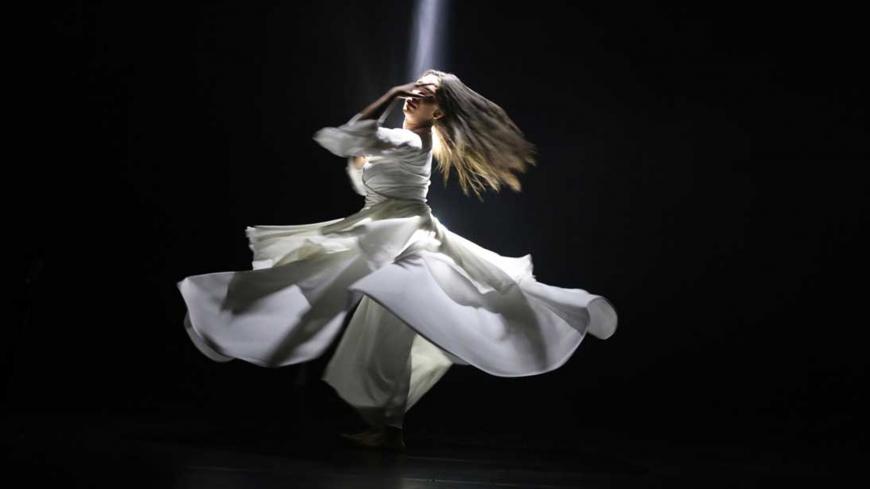 RAMALLAH, West Bank — Contemporary dance has not always been a concept associated with Ramallah. Yet the Ramallah Contemporary Dance Festival has been inching toward international recognition through a nongovernmental organization’s persistent efforts to bring together Palestinian and international dance groups.

The festival’s themes revolved around the concepts of human fragility, isolation and the confusion that stems from feeling out of place. The many dance groups that participated performed different styles of dance, including hip-hop, flamenco, belly-dancing and dabke, the traditional Middle Eastern dance in which a line of dancers jump and stomp their feet to the beat of the music.

At the festival’s opening, French dance group Dyptik’s performance — titled “Between the Shields” — combined moves from different dances, from hip-hop to dabke, in an open-air show at the Ramallah Cultural Palace.

“The festival is no longer local. It is one that international troupes participate in. We need the world to see Palestinian culture and to promote our openness to other cultures,” Maher al-Shawamreh, contemporary dance choreographer at the Orient and Dance Theater, told Al-Monitor. Shawamreh described the French performance as exciting and fun, saying, “The show carried messages about the human spirit and its suffering under the blockade and barbed wires.”

Petra Barghouthi, a choreographer of the Tawasol dance performance, told Al-Monitor, “The festival has become an annual ritual. Each year exciting shows in contemporary dance from around the world are performed. It has become a cultural and artistic exchange, and it is an important step to make art part of people’s lives.”

Ibrahim al-Natour, a university student who was at the opening performance of Dyptik, told Al-Monitor, “I wanted to attend a contemporary dance show and see a new form of art that I know little about. It was a new, exciting and fun experience.”

The festival organizers chose the theme “Non-Traditional Spaces” to underline that this year’s edition provided new platforms for performance such as public squares and museums, not just theaters and performance halls.

Festival director Khaled Elayyan told Al-Monitor, “This was the first time we held shows in open spaces, so that people could easily attend the performances. We also organized a dance workshop, a conference on dance and society, and offered musicals.”

He added that, for the first time, an Indian troupe — Icecraft — attended the festival. Another first was the presence of dancers with special needs.

The Ramallah Contemporary Dance Festival is organized by Sareyyet Ramallah, an NGO that specializes in community projects. In 2016, the festival received funding from the European Union for a period of two years, as part of a project called “Palestine and Europe: Shared human values through cultural events.”

Sareyyet Ramallah collaborated on this project with Palestine’s Rozana Association for the Development of Architectural Heritage and French production group L’Officina. Besides the dance festival, the project also organizes dance sessions in the Gaza Strip and Bedouin areas. In addition, it is planning to launch a database for Palestinian dances.

Elayyan noted that the project aims at fostering shared values between Europe and the Palestinian territories in order to protect Palestinian social solidarity, gender awareness, and cultural and traditional identity.

Although the EU funding for the festival ends this year, the organizers succeeded in signing a sponsorship and support contract with the Palestinian Ministry of Culture for the next five years. The type and amount of support will be determined in the future, Elayyan and Minister of Culture Ehab Bseiso announced during a press conference before the launch of the festival April 14 in Ramallah.

“The festival will carry our voice to the world and will prove that the occupied Palestinian territories can create life. The festival focuses on reflecting our national causes … especially after US President Donald Trump’s recent decision regarding Jerusalem. We are showing the troupes the reality of Palestinian life under occupation,” the minister said.

Palestinian poet and critic Khaled Gomaa told Al-Monitor that the festival has proven its success with the 13th edition, which saw increased public turnout. He noted that the festival contributes to entertaining citizens whose financial situation doesn't allow them to travel abroad to see shows.

Gomaa said that the festival also enabled the participating artists to witness the reality of the Israeli policies toward Palestine on the ground — particularly after Israel rejected the visa requests for three dance groups, including Moroccan artist Nawal Iskandarani, without giving a reason.