Is Lebanon's new recycling project a bunch of garbage?

Beirut authorities want to go green to deal with their municipality's ongoing garbage disposal problems, but mismanagement and cross-purposes are hampering the effort before it even gets off the ground. 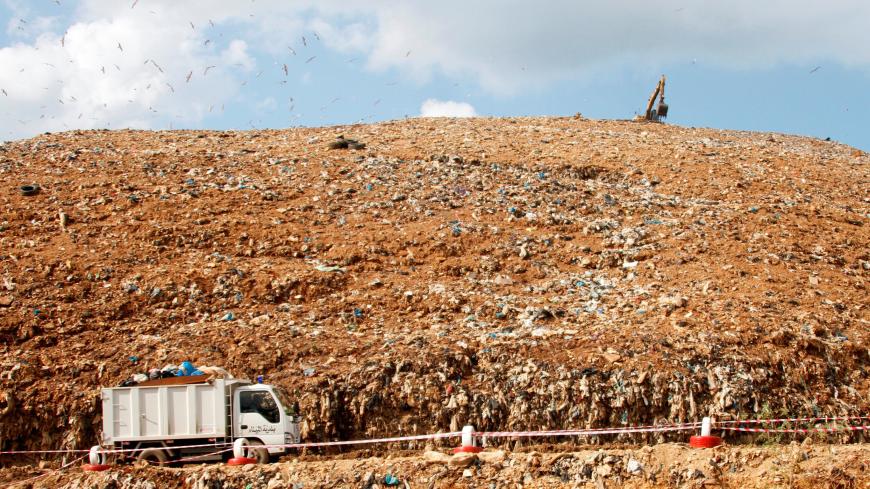 BEIRUT— Prime Minister Saad Hariri on April 24 announced Warak Beirut, a recycling project that promotes source sorting of paper and cardboard at government and other public institutions in Beirut. The Beirut municipality will implement the project in cooperation with Live Lebanon, a program of the United Nations Development Program (UNDP) that encourages Lebanese citizens living abroad to help fund development projects in the poorest areas of the country. About a week after the announcement, on May 1, the company contracted to sweep the city's streets and collect and transport trash began operations.

The aim of Warak Beirut is to reduce the amount of waste sent from the city to the landfills in Costa Brava, in the southern suburb of Choueifat, and Bourj Hammoud, in the Metn district of Mount Lebanon governorate. Both were opened in March 2016 by ministerial order to help deal with the garbage crisis that gripped the city for almost a year.

In July 2015, garbage began piling up in Beirut and Mount Lebanon after residents living near the region's only landfill, in Naameh, south of Beirut, staged demonstrations demanding the site's closure. The landfill had been expanded many times, and locals complained of the stench and fear of the spread of diseases. In 2016, the national government announced a plan to get a handle on the garbage situation, but in 2017 the Beirut municipality decided to take matters into its own hands and implement a separate waste collection and disposal plan of its own.

Moughir Sinjaba, a member of the Beirut municipal council, explained to Al-Monitor that Warak Beirut will include distributing sorting and collection containers for offices and corridors in public buildings, running an awareness campaign about the sorting system and its importance, and developing an application that organizes sorting, collection and transportation of garbage to recycling factories.

Meanwhile, the company Ramco was supposed to start sweeping streets and collecting and transporting household solid waste in March, but it had failed to do so until May 1 due to its inadequate preparation, including providing workers with trucks and other equipment. Part of the service to be provided by Ramco calls for sourcing and placing containers on Beirut streets for collecting recyclable paper and glass, organic material and nonrecyclable trash. Moreover, it was to install containers for the different types of refuse at 250 underground collection spots for its own use. With these provisions unfulfilled, Ramco for the time being is collecting and transporting unsorted waste.

Ramco's purview includes collecting garbage from street containers as well as paper waste from schools and universities, food leftovers from restaurants, hotels and hospitals, and garbage from industrial facilities. A recycling plant will be contracted to collect cardboard and paper recycling from government buildings under Warak Beirut.

At the press conference announcing Warak Beirut, Hariri noted the importance of government employees sorting at the source as the first step toward solving the garbage crisis. He encouraged the private sector to invest in constructing recycling facilities. Hariri issued a circular asking government employees to be sure to sort properly to avoid making recyclables nonrecyclable. Departments are to appoint liaison officers to coordinate the system's implementation.

Al-Monitor spoke about Warak Beirut and the municipality's other waste management plan with members of the Waste Management Coalition, which advocates environmentally sound solutions for dealing with waste products. Coalition members include groups such as Greenpeace, Sohet Wledna Khat Ahmar (Our Children’s Health Is a Red Line) and Beirut Madinati. The group representatives did not view the programs favorably.

They questioned the timing of Warak Beirut and the waste management plan, noting that waste sorting has not yet begun. They also questioned the sincerity of the recycling effort because part of the municipality's waste management plan includes waste treatment at thermal decomposition factories, that is, by incineration. This approach contradicts the idea of recycling as a solution to waste disposal because the thermal decomposition factories require paper and cardboard waste for fuel and for mixing with organic waste to incinerate it because of organic waste's high water content.

Samar Khalil, a professor at the American University of Beirut and member of Sohet Wledna Khat Ahmar, told Al-Monitor, “Any sorting and recycling project is a positive step, but since we are aware of the performance of the Lebanese government and Beirut municipality, we believe that the timing of the project, before the [May 6] elections, is an act [for show]. Besides, resorting to thermal decomposition factories to dispose of waste asserts the impossibility of dispensing with [recycled] paper and cardboard since operating incinerators requires burning recyclable material due to the type of waste, 60% of which is organic.”

Zeina Abla, a member of Beirut Madinati, expressed skepticism about the timing as well as the limited geography of the sorting process. “Under the tender awarded to Ramco, 250 containers should be put underground, which hasn’t happened since the tender was awarded in 2017,” she told Al-Monitor. “Besides, the garbage transportation vehicles should not press the collected paper and cardboard [as is occurring] so as to allow a secondary sorting. Why was a $70.89 million tender signed for five years [if not to meet the conditions]? Why did the company start working before the distribution of all of the required equipment?”

Abla added, “This [how the waste is being collected] proves that source sorting will not happen. At the CEDRE conference in Paris, on April 6, aimed to support the Lebanese economy, the Lebanese government asked for $1.4 billion to fund three incinerators in Beirut, Tripoli and the south. The Ministry of Environment notified municipalities that they have to announce their waste management plan within two months, or otherwise implement the central plan based on incinerators. All indicators show that the [Beirut] government plan is not a sorting plan. If there were a real inclination toward sorting, the Beirut municipality would have launched awareness campaigns two years ago and expanded the waste treatment factories.”

Although refuse in Beirut is being transported to the Costa Brava and Bourj Hammoud landfills, residents are afraid the streets might once again brim with garbage if the landfills become full. The government has not found an adequate substitute to landfills — for example, eco-friendly alternatives like recycling plants and organic waste fertilization plants — and is instead expected to expand the landfills, as it did in January 2018 with Costa Brava, until thermal decomposition factories are built.

Meanwhile, all hopes are pinned on the parliament elected May 6 to solve the country’s ongoing trash mismanagement, which has been a problem since the mid-1990s.