Some prominent figures in the Israeli security community believe that Prime Minister Benjamin Netanyahu was motivated by politics in revealing the Mossad operation to retrieve Iranian nuclear program materials and view his public acknowledgment as a major mistake. 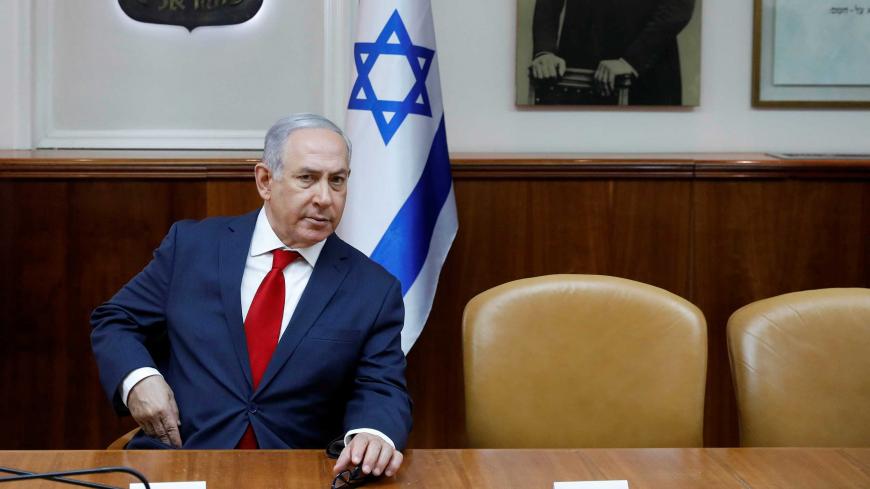 On May 6, the office of the Israel Defense Forces (IDF) spokesperson told the press that Israel had exposed Iran's “vengeance plan.” According to the disclosure, the Islamic Revolutionary Guard Corps is planning to unleash a salvo of rockets and missiles on an Israeli military target (or targets) in the north to avenge recent attacks against Iranian targets in Syria that have been attributed to Israel. Highly placed IDF sources said that the Iranians plan to transfer rockets or missiles to Syria to conduct the operation. On April 30, a warehouse near Aleppo stocked with hundreds of missiles was blown up in one of the suspected Israeli attacks. Foreign commentators surmised that the strike represented an attempt to thwart the Iranian retaliation.

Under ordinary circumstances, such an intelligence item testifying to Israel’s first-rate intelligence capabilities would have remained a deep, dark secret. Why let the Iranians know that they are so vulnerable to Israeli intelligence? For example, it took Israel more than a decade to admit to one operation that everyone already knew about — the destruction of the Syrian nuclear reactor near Deir ez-Zor in 2007.

Also on April 30, none other than the prime minister of Israel revealed an amazing operation undertaken by Mossad in the heart of Tehran, only a few months after its successful completion, which is almost the same as real time. Israeli agents succeeded in getting their hands on almost the entire Iranian nuclear archive and then smuggled the 55,000 documents and tens of thousands of computerized disks out of the country. This new policy of publicity, arrogance and “bells and whistles,” instead of secrecy and the fog of war, has aroused vehement controversy in Israel’s security and media apparatuses.

With the debate ongoing, Israeli Energy Minister Yuval Steinitz boldly announced on May 7 in Ynet's studio, “If Syrian President Bashar al-Assad continues allowing the Iranians to operate out of Syria, it would be the end of him, the end of his regime.” This policy on Syria was revealed May 2 in Al-Monitor, citing an anonymous Israeli source. It had never, however, been stated openly in public and so unambiguously by a high-ranking Israeli official. Thus, not everyone in Israel feels that this policy of military openness is correct. Former Prime Minister and Defense Minister Ehud Barak went on the offensive in a May 7 interview with Israel’s Public Broadcasting Corporation.

“There is no justification for the endless loose-lipped chatter we are witnessing in recent weeks,” Barak said. “Let’s assume, for the sake of argument, that the State of Israel does know exactly which commander in the Revolutionary Guard plans which type of action using type X missiles on day X, and why he put it off from today to tomorrow, and exactly who will carry it out. Even if it is true, it is very unwise to tell the journalists! This has never happened in the past. The Iranians are not stupid. We are harming our sources, our methods of information gathering, and we will pay for this when we are caught by surprise again. … I totally disagree with those who think that all these loose lips are necessary. I find it hard to believe that it stems from the heads of our intelligence systems.”

Barak alluded to another sensitive point: the possibility that Prime Minister Benjamin Netanyahu, with the help of Defense Minister Avigdor Liberman, is purposely creating the atmosphere of a “war of necessity” against Iran to distract the public from Netanyahu’s legal problems.

“There is a feeling in the air that other considerations are involved, issues that have nothing to do with security, and these issues affect the timing and the drama,” Barak said. “The behavior of the government and its leader is confusing and frightening the public. They are creating the impression that we are on our way to unavoidable war, which has no basis in reality.”

Barak’s words are the tip of the iceberg in a major controversy involving the Israeli security system in general and Mossad in particular. Few if any Israelis of formerly high rank in the espionage community feel that any good can come from Netanyahu’s exposure of the Mossad operation. The sharpest critic has been Ram Ben-Barak, the former deputy director of Mossad, who had also been a contender for the agency's top post. Ben-Barak recently joined Yesh Atid.

“I don’t see that anything good can come out of this [loose lips],” Ben-Barak told Al-Monitor. “There is tremendous tension in the north now. Israel, according to foreign reports, is attacking Iranian targets and killing Iranians. The whole idea is not to assume responsibility [for military strikes] and not volunteer to hand over information. The Mossad has never boasted about its secret operations, the way it happened this time. We have to retain a certain amount of humility. There are other espionage organizations in the world; it doesn’t have to be the Mossad. The moment we brag about our achievements and publicly humiliate the Iranians, the more motivation they have to conduct a thorough housecleaning and try to uncover Mossad’s operational infrastructure in Iran. This was a terrible mistake.”

Ben-Barak was not the only critic. Danny Yatom and Tamir Pardo, former heads of Mossad, have also criticized the new policy, although they did not do so publicly. A former Mossad higher-up who requested anonymity recently told Al-Monitor, “It is not clear how Israel benefitted from putting on this show of dossiers and files and disks in front of the cameras, except for creating more prestige for Prime Minister Netanyahu. The Mossad’s intelligence capabilities in Iran are an extremely important strategic asset, and this act has endangered it. What he [Netanyahu] did was to basically force the Iranians to salvage their lost honor by conducting an extended purge. Instead of keeping mum, carrying out misleading feints and discreetly feeding the intelligence to only those who have to know, they went public and put on a show. This is an appalling mistake, and I fear that political considerations were involved.”

In the middle of all these goings-on, the Knesset passed an amendment to Israel’s Basic Law that allows Israel to launch war without the backing of the coalition plenum. One of the clauses allows the prime minister and the defense minister to declare war, without the approval of the Cabinet, under “extreme circumstances.” The law does not define such circumstances.

Does the current state of affairs fit the description, given that according to the current defense minister, the situation is actually clear? “We have no other choice than to act the way we are currently operating,” Liberman told Al-Monitor. “If Iran will erect in Syria systems that will limit freedom of movement of our air force, for example install S-300 or S-400 air defense systems [that could bring down Israeli fighter planes], we will attack them. Under circumstances like that, we can’t blink first.”