The European Union fears that the positions of Israeli Prime Minister Benjamin Netanyahu and US President Donald Trump could generate an all-out war with Iran. 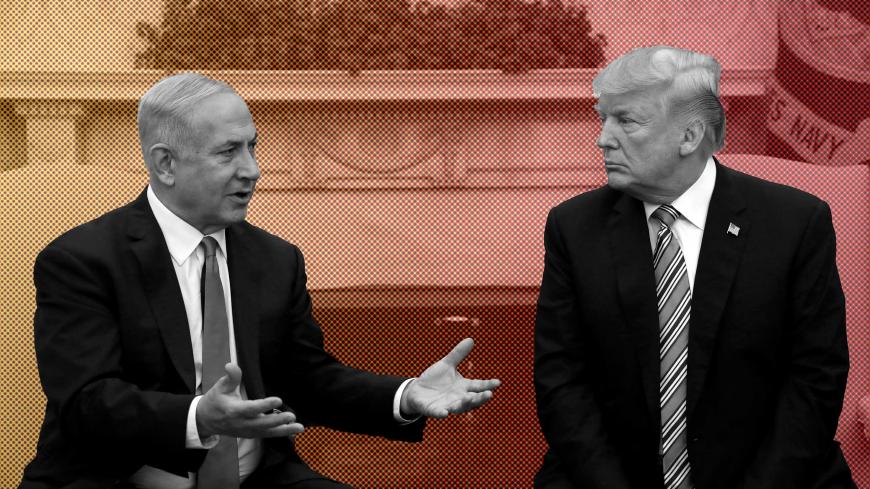 European Union leaders were taken by surprise when Israeli Prime Minister Benjamin Netanyahu held his somewhat theatrical press conference on April 30, sharing with the world that Israel took possession of Iran’s nuclear program secret archives. The EU, both headquarters and its main member states, considered Netanyahu’s presentation to be directed at them, as it was clear that the US administration knew about these documents. In fact, Brussels realized that the White House, the CIA and the secretary of state were fully briefed by Israel. The EU was not.

A senior EU official close to EU’s High Representative for Foreign Affairs and Security Policy Federica Mogherini told Al-Monitor that Brussels highly appreciates Israel’s intelligence capacities, as well as the rhetorical skills of the prime minister. Yet the dramatic aspect of these revelations lied more in the operation of retrieving the physical documents than in their content.

The Europeans asked the International Atomic Energy Agency in Vienna to look deeper into the documents. Indeed, most of what Netanyahu revealed from the secret archives about Iran's previous nuclear plans was already known to the EU.

According to the official, it was precisely the knowledge of these Iranian nuclear ambitions that led to the 2015 Joint Comprehensive Plan of Action. He claimed that Netanyahu’s description of the Iranian secret documents offered no evidence that Tehran was not complying with the articles of the deal. Speaking on condition of anonymity, the official said, “President [Barack] Obama and the leaders of Europe did not make the Iran deal out of trust of the Iranian intentions, on the contrary, and therefore the most meticulous inspection system was put in place.”

According to the official, Netanyahu’s press conference only strengthened the resolve of the EU leadership to keep the Iran deal intact. The EU is ready to negotiate in the P5+1 framework additions to the deal, on the durability of the agreement, the Iranian ballistic missile program and its aggressive regional activities. This was proposed by French President Emmanuel Macron in his meeting with US President Donald Trump on April 24. Macron proposed to add such elements to the agreement, not to replace it by another.

According to different statements, the EU, Russia and China are committed to the agreement in order to prevent Iran from returning to uranium enrichment.

The EU and its main member states agree with the United States and Israel that given its ambitions in Syria, Lebanon and Yemen, and its influence in the Gaza Strip, the Iranian regime presents a threat to regional stability. But the European leadership does not believe that a war with Iran by an international coalition could resolve the problem. On the contrary. It would strengthen the hard-liners in Tehran, the radical clerics and the Islamic Revolutionary Guard Corps (IRGC). In such a situation, strong Russia would back Iran. Such a war could be an unprecedented blood bath. Brussels, Paris and Berlin think that an excessively hard-line policy against Iran, placing a military option as a realistic alternative, may drive the whole region into conflict, terror and even war.

The EU believes that there are other ways to go about that, and that diplomatic options should be explored with Tehran on an additional agreement, especially on the sustainability of the 2015 deal.

In internal deliberations, sharp criticism has been expressed in Brussels about Trump’s and Netanyahu’s positions. The Israeli prime minister is seen as influencing Trump to opt for a military option while also considering increased Israeli attacks on Iranian military facilities in Syria. The almost-unprecedented attack on May 9 against Iranian targets in Syria supports these fears. According to the official, policy experts in Brussels advise not to underestimate the readiness of many in the Iranian regime, especially the IRGC, to engage Israel unilaterally, mainly through Hezbollah.

He concluded that while Iran indeed deserves all criticism, Netanyahu is “playing with fire,” possibly for domestic reasons. More so, Brussels detects a hardening of Netanyahu’s position on the settlement expansion in the West Bank and on Israel’s democracy. Therefore, in European eyes, there is an unprecedented distancing between European policies, interests and values and those of the Netanyahu government.