The preliminary results of the Iraqi elections are out, indicating a victory for the Sadrist movement and the PMU coalition. 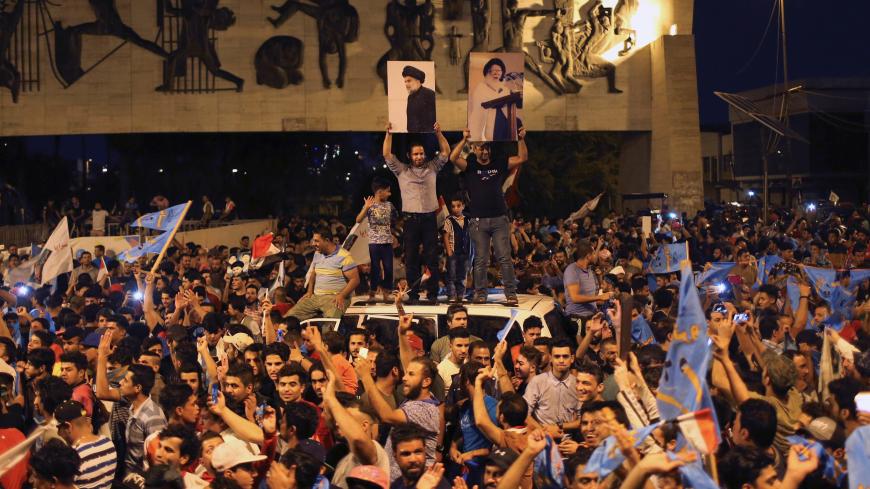 Iraq's Independent High Electoral Commission announced the preliminary results of the May 12 parliamentary elections on May 13. The announcement of the final results has been delayed due to disputes between political parties.

Turnout was very low at only 44.52% — the lowest of all post-2003 elections. Participation was 79% in 2015, 62.4% in 2010 and 60% in 2014. The low numbers are likely a sign of public anger at the entire political class, as people have grown sick of its constant failure to provide them with adequate services and political and economic reform.

Despite some skirmishes in Sulaimaniyah and some objections in Kirkuk over the counting and sorting of ballots, the election saw very little violence.

The Gorran (Change) Movement strongly objected to alleged violations by the Kurdistan Democratic Party and the Patriotic Union of Kurdistan. Meanwhile, the Al-Wataniya Coalition led by Iyad Allawi called for a redo of the vote while keeping the current government as caretaker government due to “the Iraqis’ large abstention from voting and the committed acts of violence and fraud.”

At a press conference, the commission shared the preliminary results for 10 out of Iraq's 18 provinces. Overall, the Sairoon Alliance made up of the Sadrist Movement and the Communist Party is leading, followed by the Fatah Alliance, which includes the pro-Iranian Popular Mobilization Units. Al-Nasr led by Prime Minister Haider al-Abadi came in third.

In Baghdad, 95% of the polling stations were reporting at the time of the announcement. The Sairoon Alliance was the front-runner with 413,638 votes, followed by the Fatah Alliance with 233,299 and the State of Law Coalition led by former Prime Minister Nouri al-Maliki with 211,243. Al-Wataniya Coalition won 204,686 votes and Al-Nasr Alliance got 194,676. The Iraqi Decision Alliance led by former parliament Speaker Osama al-Nujaifi and supported by controversial businessman Khamis al-Khanjar won 94,308 votes, followed by the Al-Hekma Movement led by Ammar al-Hakim with 91,039 votes.

In most of the rest of the reporting provinces, 97% of polling stations had reported their tallies at the time of the preliminary announcement. In Wasit province, the Sairoon Alliance won 94,241 votes, followed by the Fatah Alliance with 86,480, Al-Nasr with 51,031, Al-Hekma Movement with 49,963, the State of Law Coalition with 41,551, Kafaat Lil Taghyeer with 35,741 and Al-Wataniya Coalition with 7,266.

As things stand, there are two possible scenarios for the formation of the next Cabinet. The first involves an alliance including Sairoon, Al-Nasr and the Kurdish opposition consisting of the Gorran Movement, the Justice and Democracy Movement and one or both of the Sunni lists (the Iraqi Decision and Al-Wataniya).

The second scenario would entail an alliance consisting of the State of Law Coalition, Al-Fatah, the Kurdish Democratic Party and some Sunni parties close to Maliki.

The first seems more likely, as the State of Law Coalition and Al-Fatah are not welcome on the Sadrist street and among the Sunnis in general. Still, one cannot ignore the role of regional and international parties in influencing the formation of the next Cabinet, especially Iran and the United States, each of which will seek to tip the balance.