Questions about the fairness of the June 24 elections and bans prohibiting Turkish politicians from campaigning in parts of Europe signal new strains ahead in Turkey’s relations with the West. 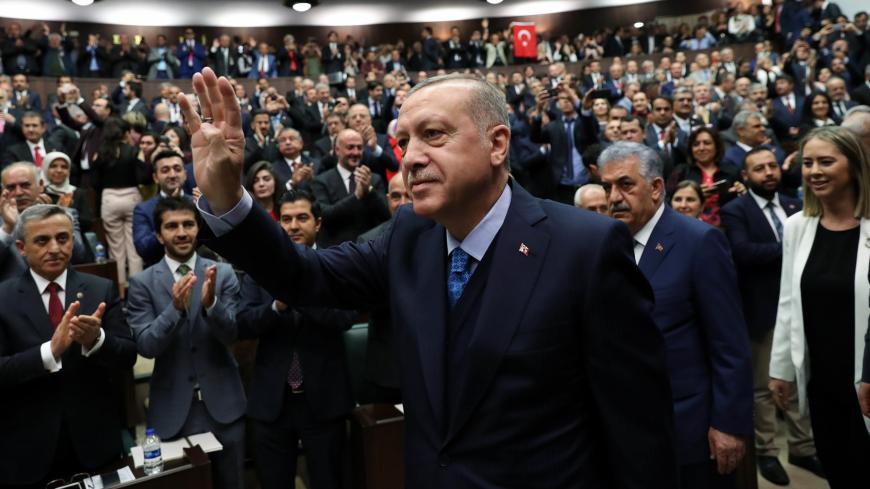 Ankara’s already strained relations with the West are heading for heightened tensions following President Recep Tayyip Erdogan’s call for snap presidential and parliamentary elections to be held June 24. At issue are bans in Austria, Germany and the Netherlands prohibiting Turkish politicians from canvassing expatriate Turks there and the possibility that other EU members might follow suit.

The stances by Austria, Germany and the Netherlands are significant, as they host most of the more than 3.5 million Turks living in Europe. Ankara’s ties with them took a nosedive last year after they prevented members of the Turkish government, including by force in the Netherlands, from holding rallies prior to the highly controversial Turkish constitutional referendum in April 2017. The government-proposed referendum resulted in a slim majority, with overwhelming support by expatriate Turks, overturning Turkey’s parliamentary democracy in favor of an executive presidency.

Critics in Turkey and Europe point to the lack of checks and balances on the executive under the presidential system, arguing that it represents a move toward paternalistic one-man rule. The new system was to be introduced next year following presidential and parliamentary elections planned for 2019. Erdogan’s call for snap elections means Turkey’s transition to the new and contentious system of government will happen much sooner.

Erdogan seems confident about winning the elections. The support of millions of Turks in Europe remains crucial, however, because he needs to emerge with a majority that lends moral legitimacy to his claim to being the leader of the entire nation.

Tensions over the elections are not limited to Europe. Ankara has also fumed at Washington for suggesting that fair elections cannot be held under the prevailing conditions. At the April 19 daily news briefing, State Department spokeswoman Heather Nauert told reporters, “It would be difficult to hold a completely free, fair, and transparent election … during this type of state of emergency.”

The state of emergency has been in force since the failed coup against Erdogan and his Justice and Development Party (AKP) in July 2016, and there appears to be no intention on the part of the government to lift it anytime soon. Nauert emphasized, “We would certainly like to see free and fair elections, but there’s a concern here.”

Meanwhile, the recent release of annual reports by the EU Commission and US State Department on Turkey added to Ankara’s anger. Both reports, which Ankara rejected out of hand, underline the continuing deterioration of Turkey’s democracy.

Pro-government commentators in the media have begun a campaign aimed at vilifying the West for its position on the June elections. Erdogan’s supporters have little doubt who the Europeans are targeting when imposing restrictions on Turkish politicians. Erdogan sent shockwaves across Europe last year after he accused European leaders of behaving like Nazis by preventing Turkish government ministers from addressing expatriate Turks about the constitutional referendum.

Austrian Chancellor Sebastian Kurz, who is campaigning to keep Turkey out of the EU, wasted no time spelling out his country’s position after the announcement of snap elections. In an April 21 radio interview, Kurz said that changes introduced last year in Austria to the law on public gatherings could be invoked to prevent Turkish politicians from holding rallies there. Kurz charged that Erdogan had “instrumentalized Turkish communities in Europe for years,” adding that he “did not want Turkey’s inflamed atmosphere brought to Austria” because of the damage it did to coexistence in that country.

Speaking a day after Kurz, Dutch Prime Minister Mark Rutte made it clear that Turkish politicians would not be welcome in the Netherlands either. Rutte cited a “threat to public order” as the reason. The Dutch government caused outrage in Turkey last year when it used mounted policemen and police dogs to disperse demonstrators after the government prevented a Turkish minister from meeting with Erdogan supporters.

German Foreign Minister Heiko Maas joined the chorus on April 23, indicating that Turkish politicians would also not be allowed to canvass in Germany. “Our stance in this regard is firm,” Maas told reporters during a meeting of G-7 foreign ministers in Toronto. “Campaigning for a foreign country’s elections in Germany is not allowed after three months are left before the elections.”

Erdogan remains nonetheless defiant. He told Turkey’s NTV on April 22 that preparations for him to address 10,000-11,000 Turks in Europe before the votes had been finalized. He said it would take place “during the meeting of an international organization,” but declined to name the country where it would happen.

Ankara is also trying to turn the tables on Austria, Germany and the Netherlands by accusing them of undermining democratic values with the bans on Turkish politicians. Blasting Austria and the Netherlands, Turkish EU Minister Omer Celik called them “undemocratic” and hypocritical. Celik also accused Kurz and Rutte of contributing to the growth in their countries of racist groups that reject European values.

Ilnur Cevik, a foreign policy adviser to Erdogan, believes that the West is trying to interfere in the Turkish elections.

“It all boils down to the fact that the Western leaders see clearly that the democratic elections in Turkey will produce yet another Erdogan administration, and they simply do not want to stomach this,” Cevik wrote in an article for the pro-government Daily Sabah. “These are the same leaders and administrations that actively rallied against the changing of the constitution in 2017 that ushered Turkey into a presidential system of government.”

Cevik also argued, “The Western leaders have declared states of emergency in their own countries and have gone to elections under such rule, like in France. So it is hardly a valid argument accusing Turkey of holding elections under a state of emergency.”

Bercan Tutar, another pro-government commentator from Sabah, wrote that by bringing forward the presidential and parliamentary elections, “Erdogan [has] caught Turkey’s enemies in the West totally off guard.” According to Tutar, Erdogan’s well-planned move has disarmed the “axis of evil,” foiling “its plans to engage in sabotage and provocations in Turkey in the lead up to 2019 [elections].”

Fatih Cekirge, a Hurriyet columnist who supports Erdogan’s presidency, wrote that the most important things to guard against in the elections will be “external voices and interferences.” Cekirge wrote, “This country’s faith in democracy is there to be seen. It is also evident that it doesn’t need anyone to bring it democracy the way they did in Iraq or Syria.”

Such remarks suggest the narrative Erdogan and the AKP plan to deploy. The potential for more trouble in Turkey’s ties with Europe is apparent. Erdogan’s priority, however, is decisive electoral victory, not improving ties with Europe.

Many commentators believe that the impression of Erdogan being unfairly victimized by Europe will work to his electoral advantage. It will prompt most Turks in Europe, they argue, to vote for him in a repeat of the dynamics surrounding last year’s referendum.

Europe’s dilemma is that if Erdogan emerges from the elections stronger and more empowered, there is little it can do to express its disappointment given its geopolitical and economic interests in Turkey.

“The West has to start looking into the prospects of living with Erdogan instead of trying to get rid of him,” Cevik remarked.