The Arab League has provided Prime Minister Benjamin Netanyahu a path to peace if he so chooses, but he instead is deluding himself in thinking he can have better relations with Arab countries like Saudi Arabia while enforcing harsh policies against the Palestinians. 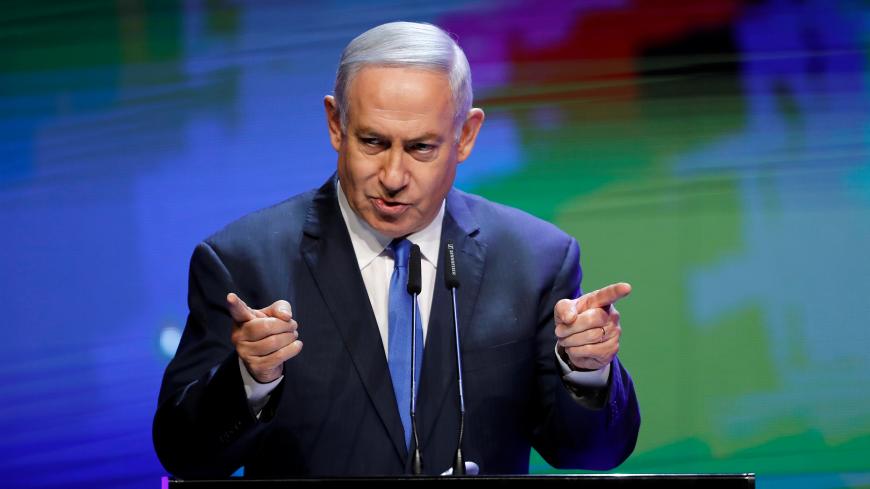 The traditional opening ceremony celebrating Israel’s Independence Day features the lighting of 12 torches by accomplished personalities representing various streams in Israeli society. The committee tasked with the selection of torchbearers this year asked members of the public to propose candidates and list their various criteria. Among others, it asked that the nominees represent Israeli innovation in their personality and actions along with having a record of extraordinary dedication to building a better world and a more values-driven society.

Over the past few weeks, Prime Minister Benjamin Netanyahu has clashed with Knesset Speaker Yuli Edelstein, after Culture Minister Miri Regev announced that Netanyahu would address the public at the ceremony. In the end, Edelstein conceded, so Netanyahu will light a torch and briefly speak. Had Netanyahu been just another nominee, rather than crashing the ceremony under the aggressive sponsorship of the sharp-tongued Regev, the selection committee most likely would not have chosen him. If Netanyahu’s personality represents a “more values-driven society,” Israeli society is in trouble. Millions of Palestinians caged in Gaza by his government’s policies, without any hope of a better life, can attest to his “extraordinary dedication to building a better world,” as can Israeli human rights activists, Israel’s Arab citizens — the ones “flocking in droves to the ballot boxes” as Netanyahu warned on election day in 2015 — African asylum seekers branded “infiltrators” and run of the mill leftists and liberals.

Given Netanyahu’s claim that the Palestinians do not want to negotiate a peace agreement with Israel, his alleged record of “innovation” has been in the regional arena. At the April 18 ceremony marking the annual Remembrance Day for Israel’s fallen soldiers, Netanyahu pledged to nurture Israel’s might and ensure its future, and also to continue fostering ties with the pragmatic forces in the region — a thinly veiled reference to Saudi Arabia — “to pave the road to peace.” At another ceremony on April 17, for foreign service officers killed in the line of duty, the prime minister — who also serves as foreign minister — hailed the important changes taking place in parts of the Arab world. He expressed his belief that this would expand the circle of peace. Did we already mention Saudi Arabia? Netanyahu then went on to once again revel in President Donald Trump’s decision to recognize Jerusalem as Israel’s capital and move the US Embassy to the city.

What we have here is dual and even triple innovation, a real international startup enterprise. It promotes ties with pragmatic Arab states while sending snipers to kill unarmed Gaza Palestinians, deepening the Israeli occupation in the West Bank and East Jerusalem and touting US recognition of Jerusalem as the capital.

Alas, hours after Netanyahu was invited to light his regional innovation torch, Saudi King Salman bin Abdul-Aziz Al Saud announced, “The Palestinian cause is our number one issue and will remain so until the Palestinian people obtain all their legitimate rights, particularly the establishment of an independent state with East Jerusalem as its capital.” Salman was speaking in the Saudi city of Dhahran at the 29th Arab League summit, which he dubbed the “Al-Quds (Jerusalem) Summit.”

Although the summit met against the backdrop of the global-regional Syrian civil war and the direct conflict between Israel and Iran, the Israeli media largely ignored it. They were busy feeding the Israeli public juicy tales of a steamy love affair between Jerusalem and Riyadh, passionately united against their common enemy in Tehran. The local media quoted extensively from a New York Times report about “understandings” between the Trump administration and the Saudis on an Israeli-Palestinian peace plan that includes turning the East Jerusalem village of Abu Dis into the capital of a future Palestine.

At this very moment, with Israel readying to celebrate its 70th birthday, the Arab League — led by Saudi Arabia — decides to rain on Jerusalem’s parade. “We reaffirm that the Palestine Cause is the entire Arab nation's main priority, stressing the Arab identity of occupied East al-Quds as the capital of the State of Palestine,” according to the summit’s final communique. Not only that, but the leaders of the 17 Arab states at the summit underscored that the US decision to recognize Jerusalem as Israel’s capital was illegal, reiterating their refusal to recognize Al-Quds as Israel’s capital but to accept a unilateral decision on East Jerusalem as the capital of a future Palestinian state.

The Arab leaders warned against any steps that might alter the legal and political status of Al-Quds and called on the countries of the world to leave their embassies in Tel Aviv. They also thanked the countries that had voted at the UN Security Council against US recognition of Jerusalem as Israel's capital. The communique further stated that all Israeli measures designed to change the nature of East Jerusalem and strip it of its Arab identity were null and void. The summit called on the international community to take steps against “Israeli violations and the arbitrary measures that affect Al-Aqsa Mosque and its worshipers.” The Arab leadership views Jordan as the sole authority for the governance, maintenance and access to the Al-Aqsa Mosque, according to the document.

Indeed, as assessed by Netanyahu — Israel's senior innovation torchbearer — the Arab world has undergone change. The change is reflected in its attitude toward the Jewish state, but its fundamental position on the Palestinian issue has remained firm for the past 16 years. As the Arab League summit does every year, the 29th summit stressed the importance of a comprehensive, sustainable peace in the Middle East as a strategic option, now encapsulated in the Saudi-led Arab Peace Initiative. The final communique reaffirms the commitment of the Arab states to the initiative, which was adopted at the Beirut summit in 2002 and enjoys the support of the Organization of Islamic Cooperation.

On Israel's 70th Independence Day, the Arab world is once again inviting it to become a full-fledged member of the region and enjoy security, recognition and peace with all Arab states. This historic transformation, however, carries a price tag: the launch of serious peace negotiations for ensuring the establishment of an independent Palestinian state within the June 1967 borders, with its capital in the eastern part of Jerusalem.

In Netanyahu's April 18 speech at the Remembrance Day ceremony on Mount Herzl, the prime minister recounted that a young boy, orphaned in one of Israel’s war, had asked him what he thinks when he decides to send soldiers into battle. “I always think of the price and how losses can be avoided,” Netanyahu said. If he continues to adhere to the vision of Israelis living by the sword, the losses will mount in the country’s 71st year, too. Had he been truly blessed with innovative, strategic thinking and an iota of daring, he could choose the path open to him that would prevent more orphans and more bereavement.

The writer David Grossman, who lost his son in 2006 in the Second Lebanon War, expressed this hope at a joint Israeli-Palestinian Remembrance Day ceremony: “[T]hat one day, the war will die down, and perhaps stop altogether, and we will begin to live, to live a full life, and not simply to survive between one war and another, between one tragedy and the next.”